Antarctica wasn’t always a frozen wasteland—250 million years ago, it was covered in forests and rivers, and the temperature rarely dipped below freezing. It was also home to diverse wildlife, including early relatives of the dinosaurs. Scientists have just discovered the newest member of that family—an iguana-sized reptile whose name means “Antarctic king.”

“This new animal was an archosaur, an early relative of crocodiles and dinosaurs,” says Brandon Peecook, a Field Museum researcher and lead author of a paper in the Journal of Vertebrate Paleontology describing the new species. “On its own, it just looks a little like a lizard, but evolutionarily, it’s one of the first members of that big group. It tells us how dinosaurs and their closest relatives evolved and spread.” 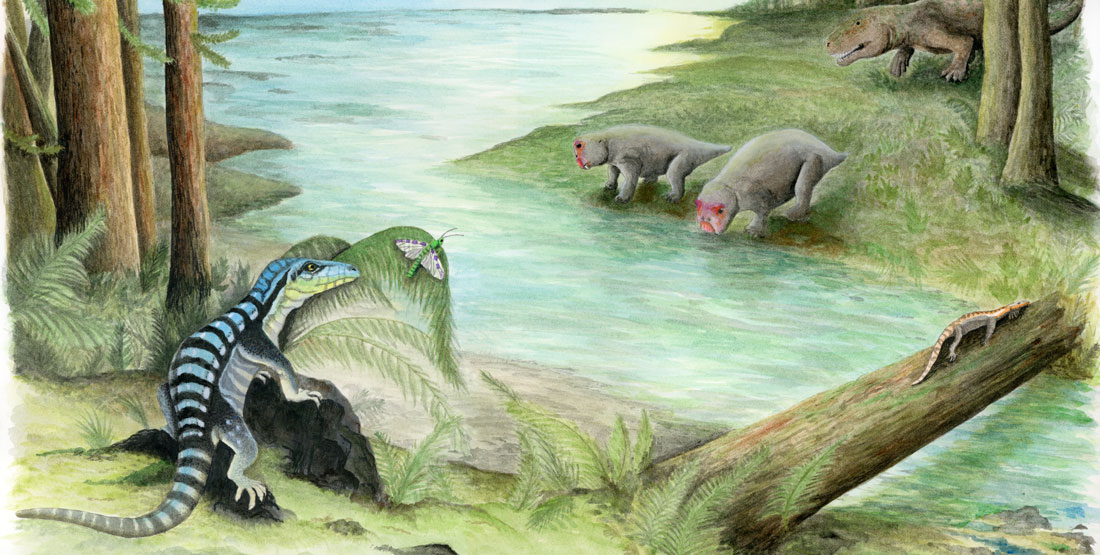 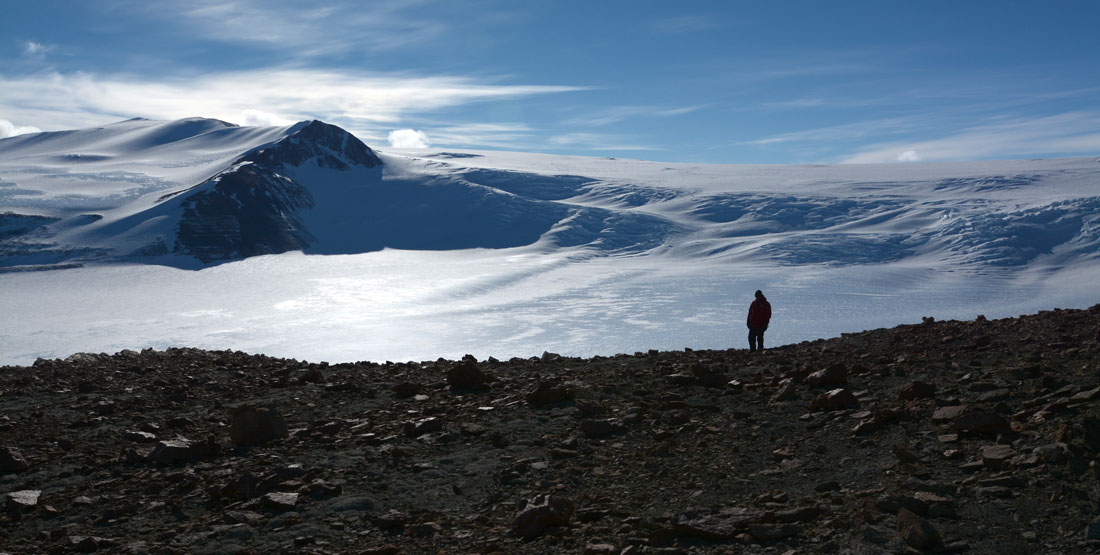 In the most recent Antarctic expedition during 2017-2018, Sidor and his team returned to Graphite Peak, where Antarctanax was originally found.

Collected during a 2010-2011 expedition to Antarctica led by Christian Sidor, curator of vertebrate paleontology at the Burke Museum and professor of biology at the University of Washington, the fossil specimen consists of portions of the backbone, limbs, and skull. The specimen is now a part of the permanent collections at the Burke Museum and is one of over 300 vertebrate fossils from Antarctica, collected over the course of four expeditions to the continent and resulting in one of the largest Antarctic vertebrate fossil collections in the country. In the most recent Antarctic expedition during 2017-2018, Sidor and his team returned to Graphite Peak, where Antarctanax was originally found, which was also the site where the first vertebrate fossils were found in Antarctica 50 years earlier in 1967.

Although an incomplete skeleton, paleontologists still have a good feel for the animal, named Antarctanax shackletoni (the former means “Antarctic king,” the latter is a nod to polar explorer Ernest Shackleton). Based on its similarities to other fossil animals, Peecook and his coauthors (Roger Smith of the University of Witwatersrand and the Iziko South African Museum, and Sidor) surmise that Antarctanax was a carnivore that hunted bugs, early mammal relatives, and amphibians.

The most interesting thing about Antarctanax, though, is where it lived, and when. “The more we find out about prehistoric Antarctica, the weirder it is,” says Peecook, who is also a research associate at the Burke Museum and was previously a graduate student at the University of Washington at the time the fossil was collected. “We thought that Antarctic animals would be similar to the ones that were living in southern Africa, since those landmasses were joined back then. But we’re finding that Antarctica’s wildlife is surprisingly unique.”

About two million years before Antarctanax lived—the blink of an eye in geologic time—Earth underwent its biggest-ever mass extinction. Climate change, caused by volcanic eruptions, killed 90% of all animal life. The years immediately after that extinction event were an evolutionary free-for-all—with the slate wiped clean by the mass extinction, new groups of animals vied to fill the gaps. The archosaurs, including dinosaurs, were one of the groups that experienced enormous growth.  “Before the mass extinction, archosaurs were only found around the equator, but after it, they were everywhere,” says Peecook. “And Antarctica had a combination of these brand-new animals and stragglers of animals that were already extinct in most places—what paleontologists call ‘dead clades walking.’ You’ve got tomorrow’s animals and yesterday’s animals, cohabiting in a cool place.”

“Fossil exploration in Antarctica is really difficult, given all of the logistics involved.  But since so little work has been done, the potential for making important new discoveries is high – and that’s what Antarctanax represents” says Sidor, who led the latest expedition to the icy continent in 2017-18.  “The same rocks that yielded Antarctanax also yield some of the earliest mammal-relatives from after the mass extinction.”

“Antarctica is one of those places on Earth, like the bottom of the sea, where we’re still in the very early stages of exploration,” says Peecook. “Antarctanax is our little part of discovering the history of Antarctica.”

The public will be able to see Antarctic fossils on display in the New Burke Museum when it opens in the fall of 2019.

Study Information: A novel Archosauromorph from Antarctica and an updated review of a high-latitude vertebrate assemblage in the wake of the end-Permian mass extinction. Brandon R. Peecook, Roger M. H. Smith, and Christian A. Sidor. Journal of Vertebrate Paleontology.
https://doi.org/10.1080/02724634.2018.1536664