From teenage club to world-class museum, the Burke’s story spans 130 years and continues into the future.

In December 1879, a group of teenagers watching Seattle transform before their eyes began to gather specimens and objects to document the world around them. They called themselves the Young Naturalists’ Society, and soon they began meeting weekly, organizing expeditions and holding lectures.

In 1885, the Society raised enough money for a small building to house their collection, and a museum was born. Located on the University of Washington’s original campus in downtown Seattle, the Hall of the Young Naturalists, as it was called, was the hub of natural history in the Pacific Northwest.

Over the years, the museum and the University became more and more entwined, as early professors become involved with the Young Naturalists’ Society and early members became University professors. 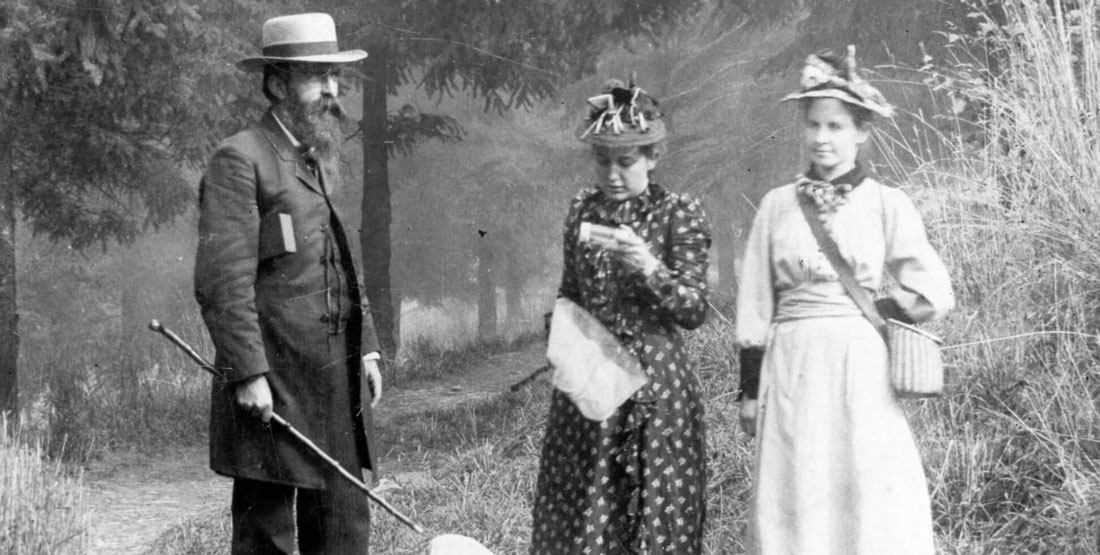 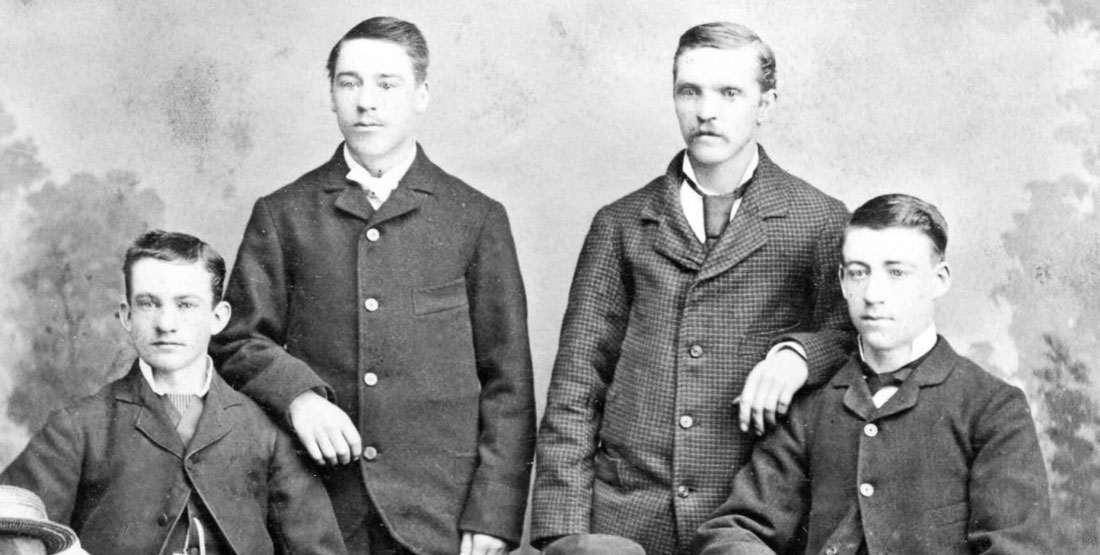 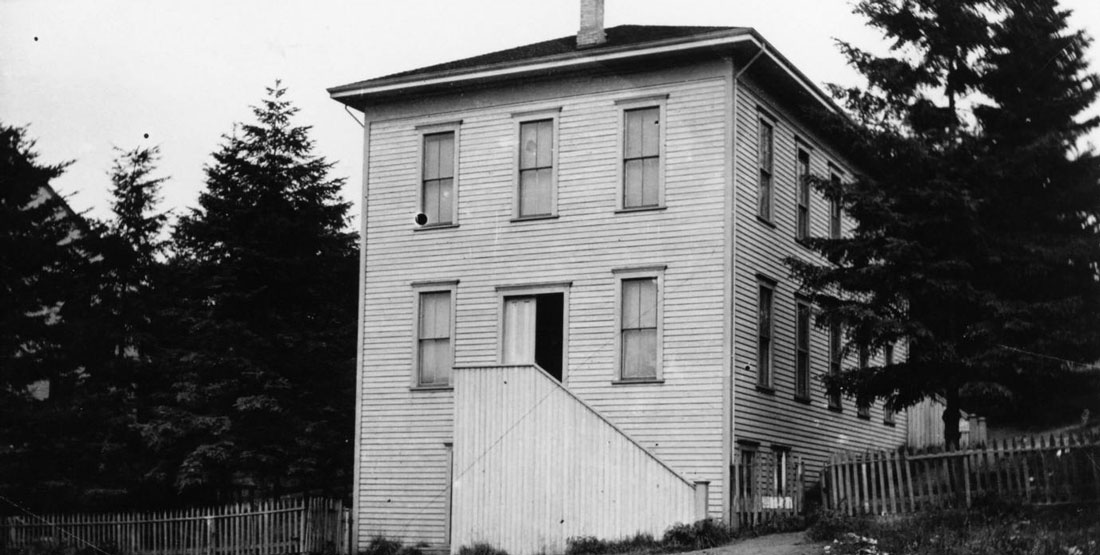 When the University's campus was in downtown Seattle, the museum got its first "building" in 1885 in this structure, known as the Hall of the Young Naturalists. 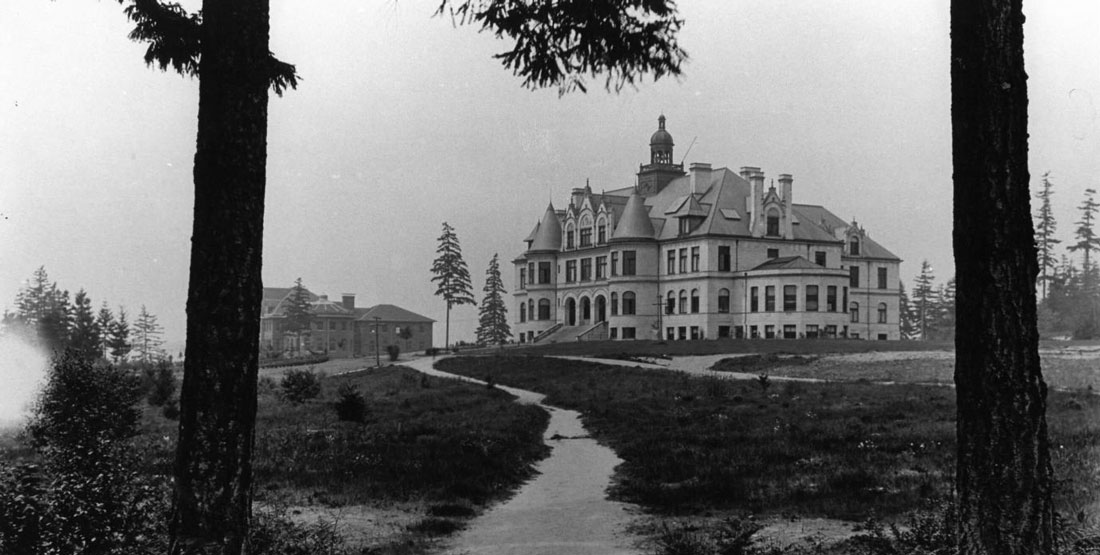 From 1895 to 1910, museum collections were displayed on the UW campus in the Administration Hall (right, now Denny Hall) and Science Hall (left, now Parrington Hall). 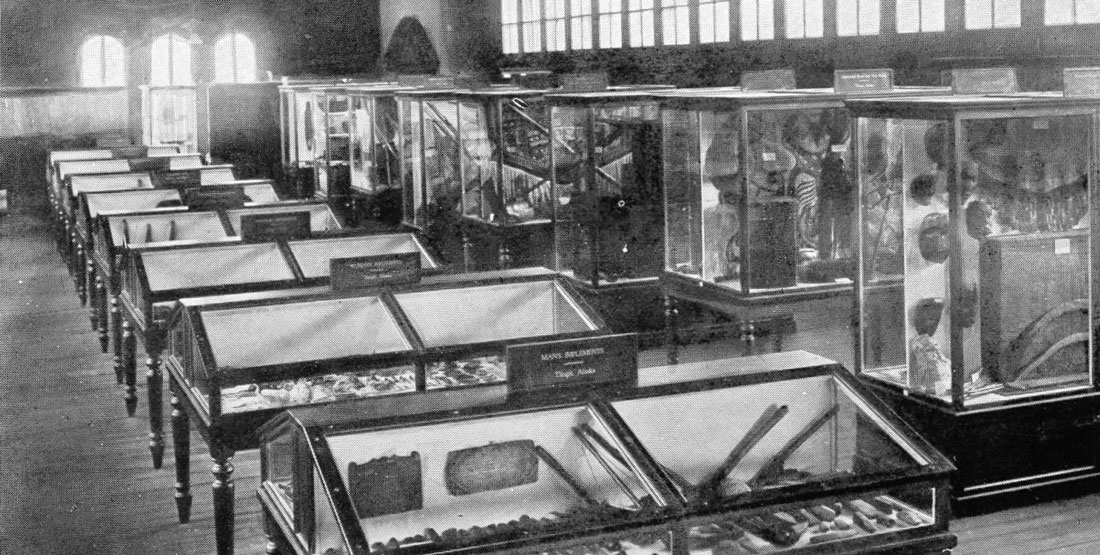 The museum's cultural collections were housed in the California Building (part of Seattle's first world's fair) from 1910–1914. 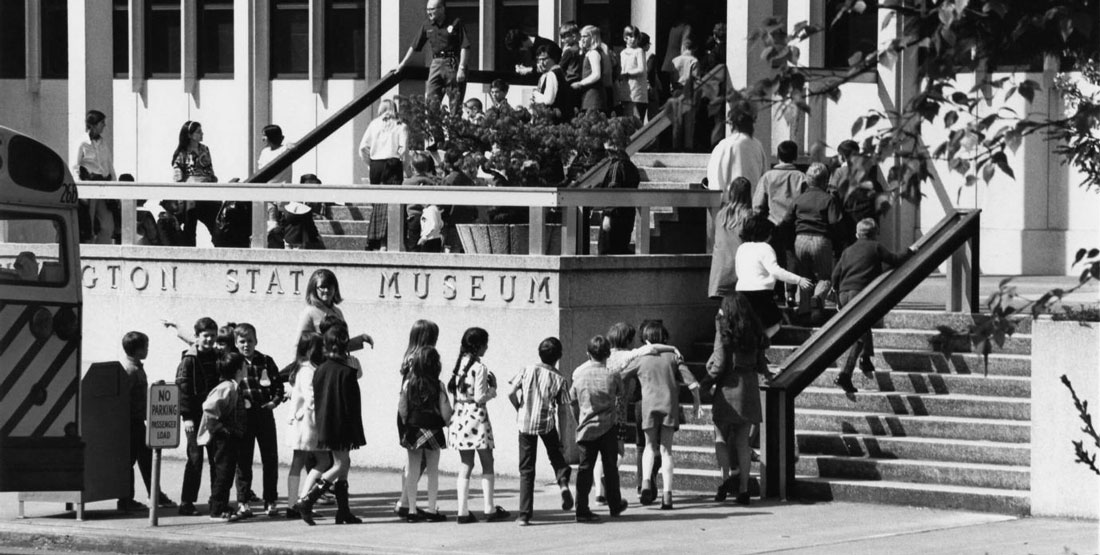 Third-grade class seated on the staircase of the Washington State Building, one of the museum's many homes, on Dec. 7, 1950. 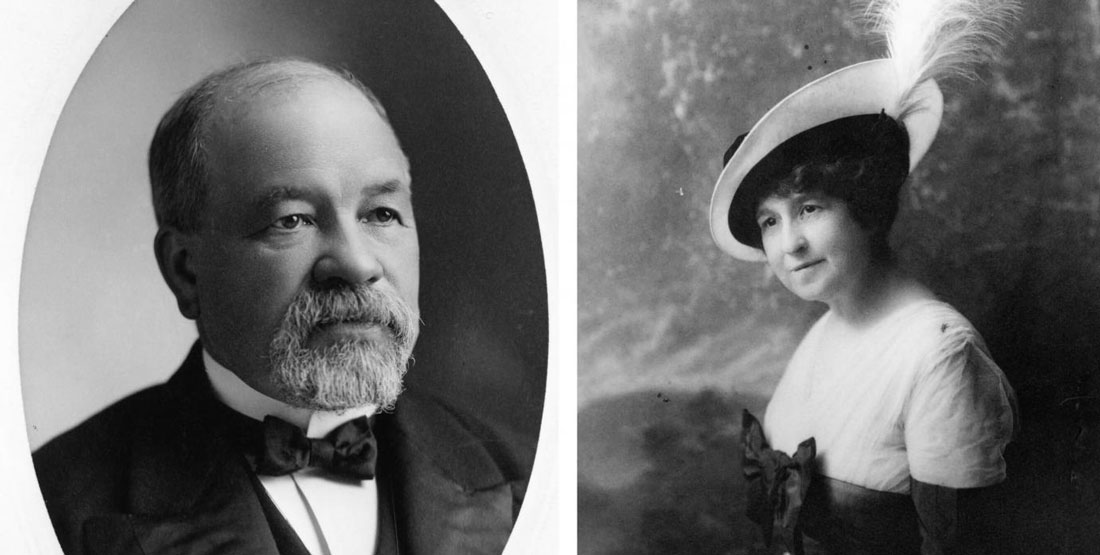 On March 6, 1899, the state legislature designated the museum as the Washington State Museum: “a depository for the preservation and exhibition of documents and objects possessing an historical value, of materials illustrating the fauna, flora, anthropology, mineral wealth, and natural resources of the state, and for all documents and objects whose preservation will be of value to the student of history and the natural sciences."

The Burke Museum stands on the lands of the Coast Salish Peoples, whose ancestors resided here since time immemorial. Many Indigenous peoples thrive in this place—alive and strong.

Initially, the Young Naturalists’ Society didn’t have a formal name for their collections, but in 1885, they began calling their small museum the Hall of the Young Naturalists. Following the move to the current UW Seattle campus, the museum was known as the University Museum, and then in 1899, it officially became the Washington State Museum. The Burke acquired its current name in 1962, in recognition of a bequest honoring Judge Thomas Burke.

Thomas Burke (1849–1925) was a highly respected judge, successful businessman, civic activist and a tireless champion of education and culture in Seattle. Thomas and his wife, Caroline McGilvra Burke, shared a great interest in Native American culture and were among the earliest collectors of Northwest Native art. Many of their collections are now housed at the museum that bears their name. 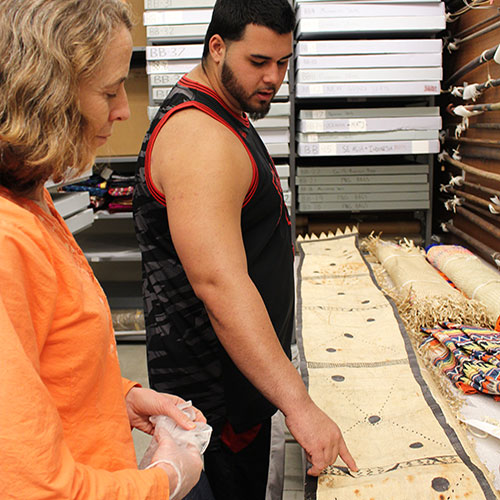 At the Burke, we bring together people, objects and the stories that make them meaningful.