The Burke Museum is temporarily closed.  Check out Burke from Home for activities and resources for all ages and interests. We miss you! Learn more.

Dinosaurs with laser beams on their heads

Each color of laser emits a different wavelength of light, which excites fossils in different ways. LSF can be pinpointed onto microscopic fossils as well as projected over large areas to analyze bigger specimens. Kaye and colleagues applied this new technique to five different case studies in the “PLOS ONE” paper. One study involved two Burke paleontological specimens—fossilized feathers from the Green River Formation in western Wyoming.

These feathers contain unusual insight into soft tissues preserved in the fossil record. When observed under standard lighting, barbs on the feathers are apparent but the interlocking barbules were missing. However, when back-lighting the fossils using the LSF technique, the much smaller barbules—become visible and were found to be widely distributed on the specimens. Kaye found multiple specimens from the same time and place showed these results. Without the new information provided by laser fluorescence, we might have assumed that these feathers had not evolved barbules yet. 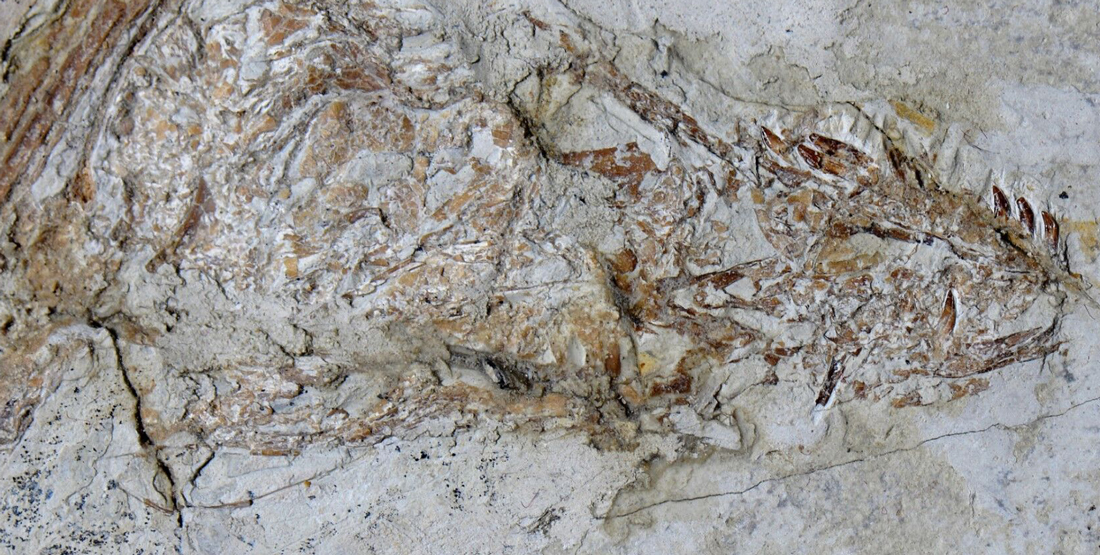 A Microraptor skull under white light shows subtle color differences in the bone. 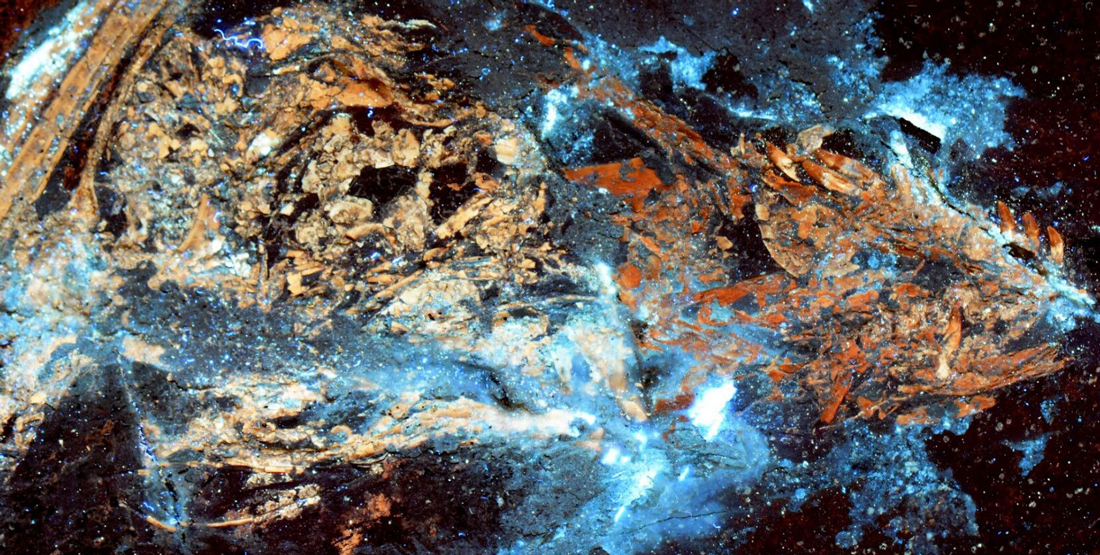 Under laser light , the bone shows the same pattern, indicating that the color differences relate to the fossil’s mineral composition.

In addition to the fossilized feathers, Kaye and colleagues found the LSF technique can identify specimens underneath the matrix the fossil is buried, help automate and speed up the sorting of micro-fossils from gravel, be used in the field to analyze fossils that can’t be removed from the landscape, and even identify possible faked or altered “two-faced” fossils.

There is a short list of non-destructive techniques that are both affordable and accessible for use in paleontology. LSF is a new addition to this list. It provides an instantaneous, non-invasive, geochemical fingerprint of fossilized bone, soft tissue, integument (protective layers like skin and plant cuticles) and the surrounding matrix. The ability to look for hidden specimens in a fossil’s matrix used to be only possible using X-rays, CT scans and other high-cost imaging methods. With LSF, researchers can set up a basic station quickly and for around $500. It could mean a lot of dinosaurs with laser beams on their heads, uncovering hidden fossils and a wealth of anatomical findings in the future.