Which came first: Grass or the teeth to eat it with?

38 million years ago, mammals native to South America began evolving teeth similar to the horses and camels in North America. Did they adapt to similar environments?

How do animals adapt?

Adaptations are evolutionary changes in an organism's behavior or anatomy that make it better suited to its environment. They are a product of natural selection, but figuring out why a particular adaptation evolved is a trickier question. 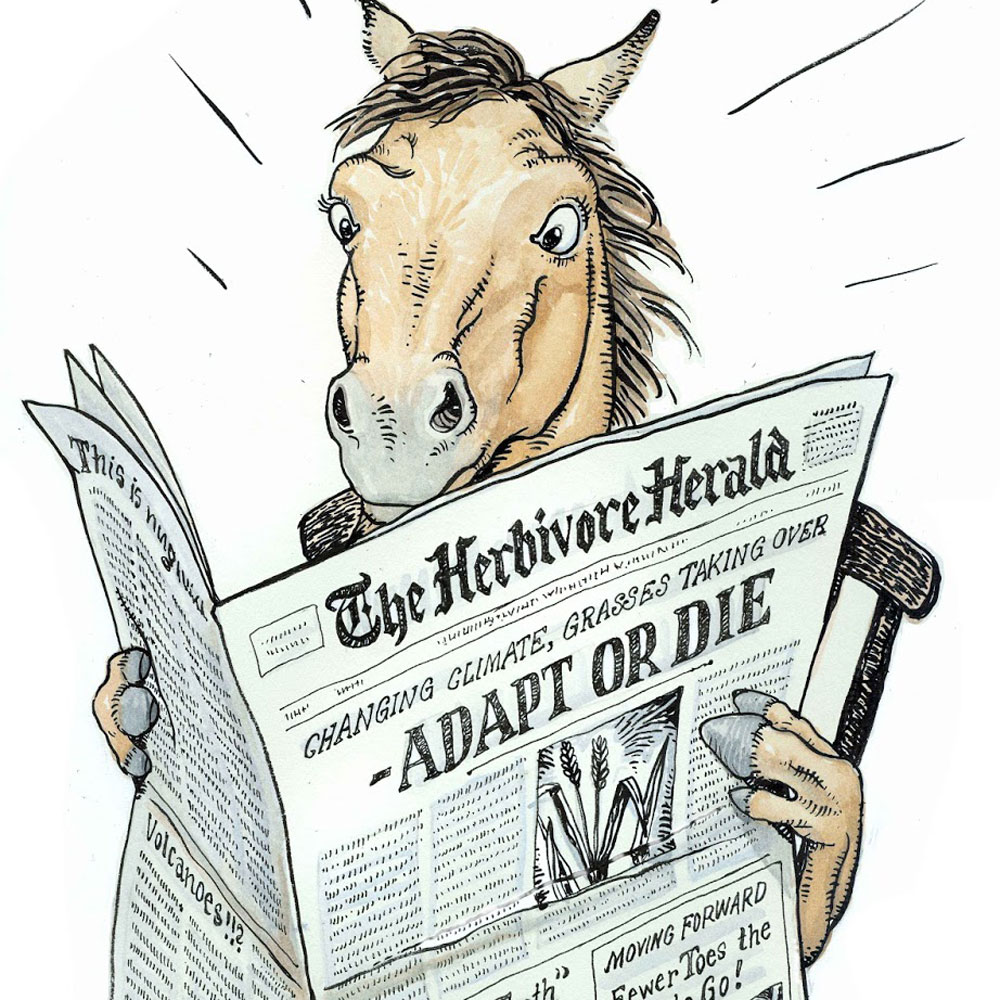 The teeth of animals that eat grass wear down as a result. Animals that eat mainly grass—like cows and horses—have teeth adapted to last, despite the wear and tear caused by phytoliths. Their teeth have high crowns (the part of the tooth covered by enamel). As the top of the tooth is worn down, more tooth pushes up from the jaw. 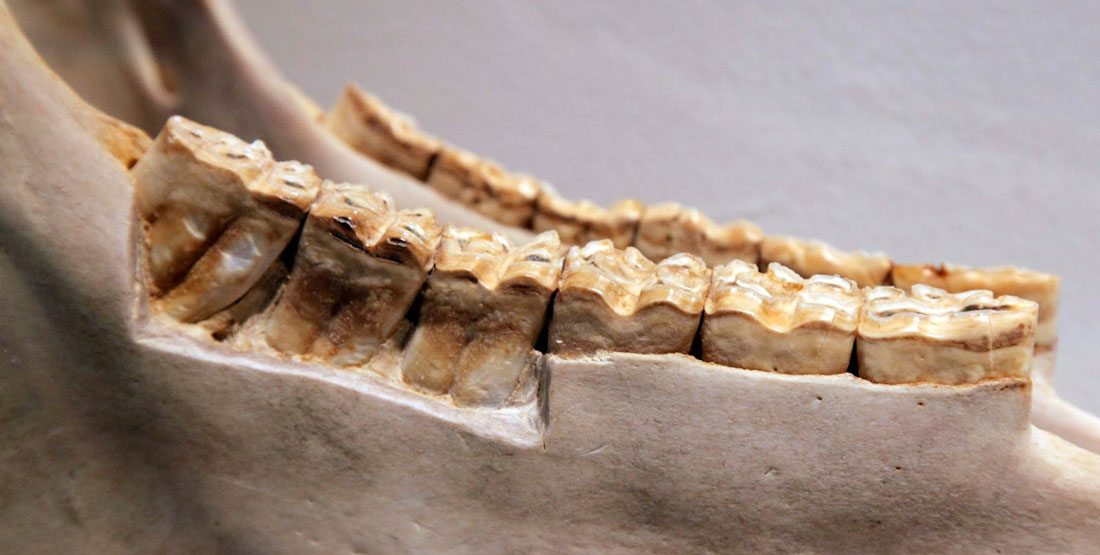 When a plant dies and decays, its phytoliths can be preserved in the soil for millions of years, long after the soil turns to rock. Dr. Stromberg studies phytoliths to help understand ancient environments.

If high-crowned teeth evolved in response to the spread of grasslands, we should see abundant grass phytoliths at different times and places in the fossil record, followed by high-crowned teeth. Such coordinated changes in plants and animals are called co-evolution.

Dr. Strömberg and Regan Dunn traveled to southern Argentina, where fossils of 38-million-year-old animals with high-crowned teeth have been found. Their mission: figure out what plants were around when these animals evolved. 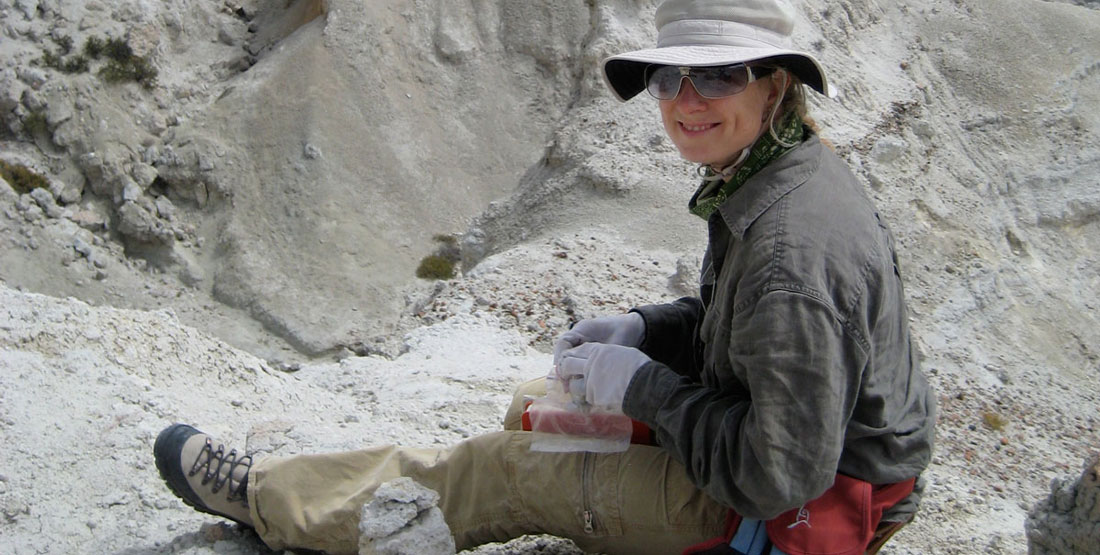 To do that, they collected samples of ancient soils that turned to rock. These fossilized soils are 18 to 43 million years old. Using hammers, mortar and pestle, sieves, and various acid treatments, they extracted phytoliths preserved within the rock. By examining the phytoliths under a microscope, they identified which plants had left them behind. 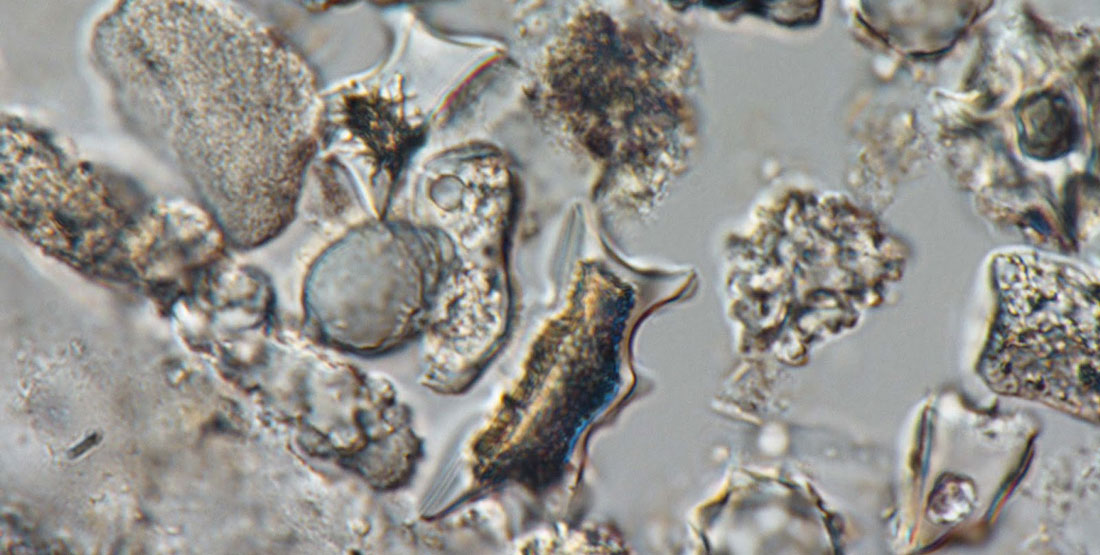 Phytoliths under the microscope. Each phytolith is only tens of micrometers long.

High-crowned teeth in South America: A solution to a different problem

In contrast to their hypothesis, Burke researchers did not find evidence of grasslands in the fossil record of southern Argentina. Instead, their research shows that South American herbivores with high-crowned teeth lived in subtropical forests with abundant palm trees.

This means that South American plant eaters evolved the same adaptation as grass eaters elsewhere, but not in response to grasslands. In other words, a particular functional characteristic in animals can evolve for several, very different reasons. South American herbivores’ teeth might have adapted in response to other grit in their diet, such as dirt or volcanic ash.

“No one looked in detail at evidence in the plant record before,” Dr. Strömberg said. “Our findings show that you shouldn’t assume adaptations always came about in the same way; that the trigger is the same environment every time.”

See it for yourself!

The exhibit was developed by Caroline Strömberg, Regan Dunn, and Winifred Kehl with help from Richard Madden, Matthew Kohn, Alfredo Carlini, and Burke staff. It is based on work supported by the National Science Foundation under Grant No. 0819910. Any opinions, findings, and conclusions or recommendations expressed here are those of the authors and do not necessarily reflect the views of the National Science Foundation. 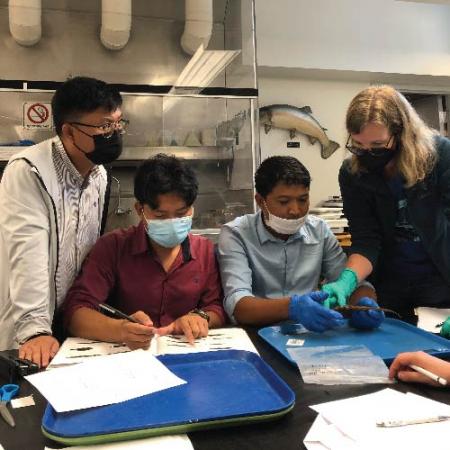