Do plant and animal communities respond when climates change? It is a question that concerns scientists, farmers and environmental policymakers alike in times of changing global temperatures and rainfall patterns. 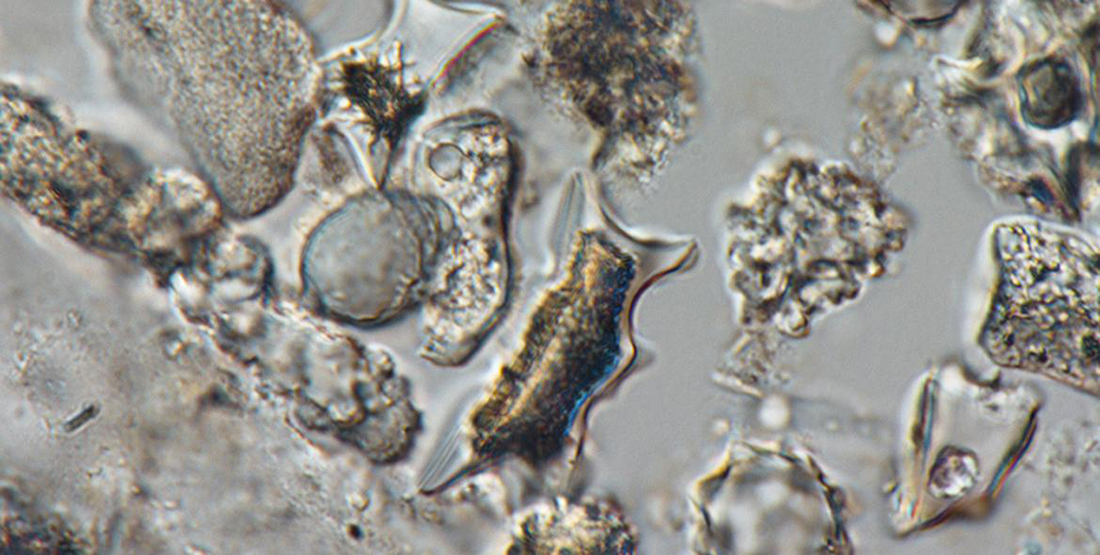 Close-up of fossil phytoliths (plant silica) under a microscope.

Ecologists can observe changes over their lifetime and try to predict what will happen in the next few hundred years. Paleoecologists, on the other hand, can search the fossil record for evidence of ecosystem change in response to tens of thousands to millions of years of climatic cooling and heating.

Dr. Caroline Strömberg, Burke Museum curator of paleobotany, and Dr. Regan Dunn, former paleontology collections manager, are interested in finding out how vegetation in southern South America was affected as global climates got progressively cooler and drier over the last 50 million years.

To figure this out, they spent several field seasons in Patagonia, Argentina, collecting hundreds of samples from rocks spanning 11 to 49 million years ago. From the samples, they extracted tiny crystals that formed inside once-living plants and were then left in the soil after the plants died and decayed.

These crystals, known as phytoliths or “plant stones,” tell us what kinds of plants lived in an area. Dunn and Strömberg also discovered that the shape of certain phytoliths reflects the amount of light the plants were exposed to when they were alive. This, in turn, indicates how open the vegetation was, and provides clues to the type of environment plants lived in, such as grasslands or forests. 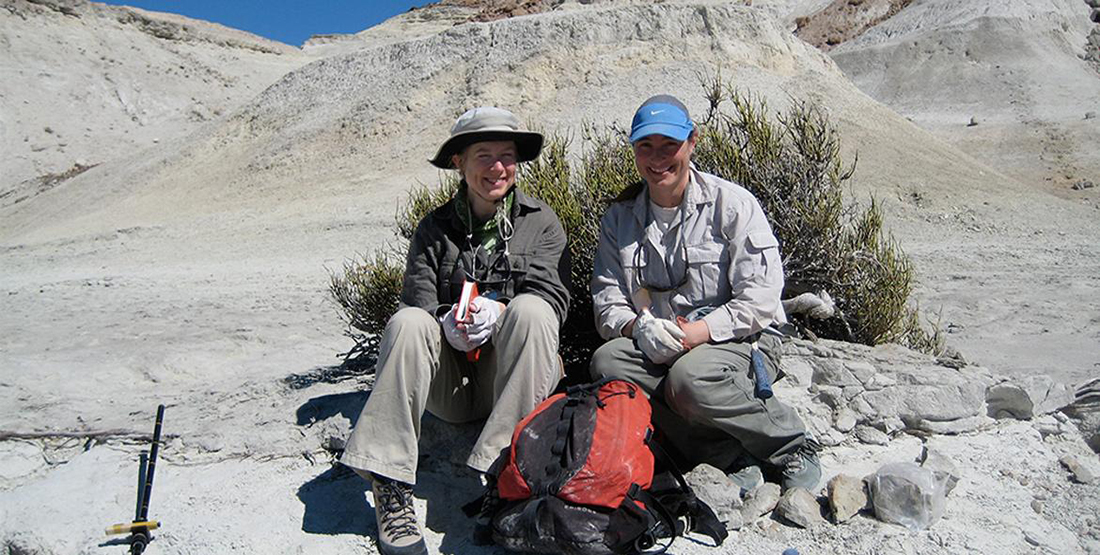 By using this new approach, Dunn and Strömberg were able to uncover a fascinating story of vegetation change in response to climate. As Patagonia started drying up 45 million years ago, the cover of subtropical forests opened up—not into the grasslands typically found in drier climates, but into open palm shrublands unlike anything we find on Earth today.

This opening-up of landscapes also coincided with major changes in the local plant-eating animals, which showed incrementally taller—sometimes even ever-growing—teeth, a pattern that suggests that animals evolved over millions of years in response to feeding in increasingly dry, open environments.

These results help us better understand how fast plants and animals can respond to major climate change, such as the one we are currently experiencing.