It only takes a little over two hours to drive across the main island of Puerto Rico. Despite its small size, Puerto Rico is home to a wide variety of climates. Dry scrub forests, high elevation forests, and the only tropical rainforest in the U.S. all reside on one island.

Lizards are one of the most abundant animals on the islands, with some highly specialized to certain environments, and others that can be found in both the driest, hottest environments and cool, mountainous climates. 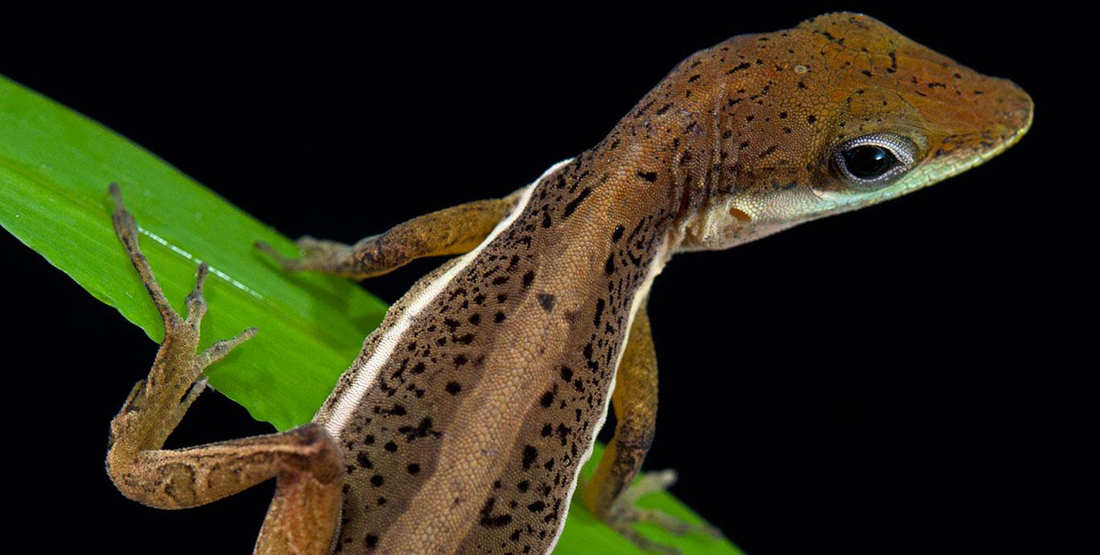 Matt McElroy, University of Washington graduate student working with Dr. Adam Leaché, Burke Museum curator of herpetology and genetic resources, is studying lizards of the genus Anolis in Puerto Rico. Specifically, McElroy studies the relationship between phylogeography (the process of how today’s individuals came to be geographically distributed) and thermal physiology (the study of how animals function in response to heat) in order to understand how species and populations adapt to different climates. He hopes to answer how and why biological evolution occurred in the past, and what role thermal adaptation played in this process.

By analyzing the lizards’ DNA, McElroy recently found that one widespread Puerto Rican species, Anolis cristatellus, actually contains multiple genetically different populations and that the inhabitants of Puerto Rico’s scrub forest may have locally adapted to the dry and hot climate found there. Additionally, some of these genes flow from the southern hot shrublands to northern Puerto Rico’s cooler mountains—but not from colder to warmer climates. This indicates that warm-adapted lizards may survive in cooler habitats, but warmer habitats are too stressful for cool-adapted lizards.

These findings provide insight into what can happen to lizards in Puerto Rico if temperatures rise. For the lizards that aren’t adapted to handle warmer climates, even a few degrees of increased temperatures can impact their abilities to feed, move, and mate. By understanding how lizards adapt to different temperatures, policymakers and scientists can predict how populations will respond to climate change and make efforts to preserve thermal habitats for generations to come.