I’ve always had a keen interest in studying the endless variety of objects made by people around the world over thousands of years. Recently, I’ve turned my focus to the fascinating models of Chinese sailing ships, or Chinese junks, in our Ethnology collection (which is chock full of all kinds of cultural objects). 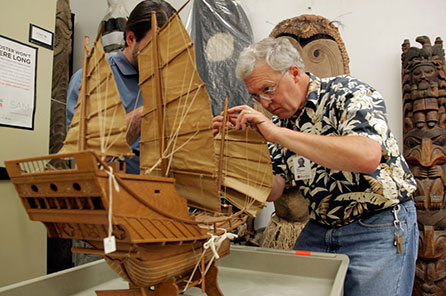 The Chinese people have been sailing in junks of different designs for thousands of years. For centuries, ocean-going trading junks traveled between China and Southeast Asia, India, and in the 1400s, even as far as Africa. By that time Chinese junks were the largest, strongest, and most seaworthy ships in the world. Some of them were hundreds of feet long.

Each coastal region of China had its own ways of designing and building junks. Most of these junks have been destroyed, so old photographs and models are an important record of this form of shipbuilding that preceded modern ships made of steel and fiberglass.

Perhaps the first things you notice about Chinese junk models are the sails, which all have a series of horizontal supports called battens. Battens make sails very resistant to damage and allowed them to be lowered rapidly and efficiently if the weather and wind became difficult to deal with. Also, this type of sail allowed mariners to sail into the wind much more efficiently than a square-rigged European sailing ship. 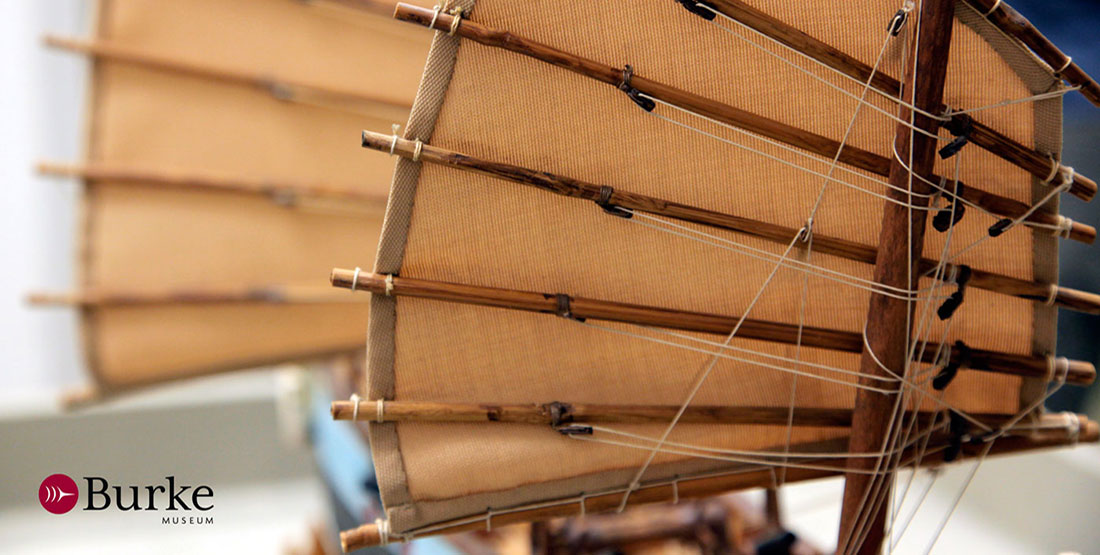 An intricate sailing rig on the soldier junk model by Ralph Birkinshaw. 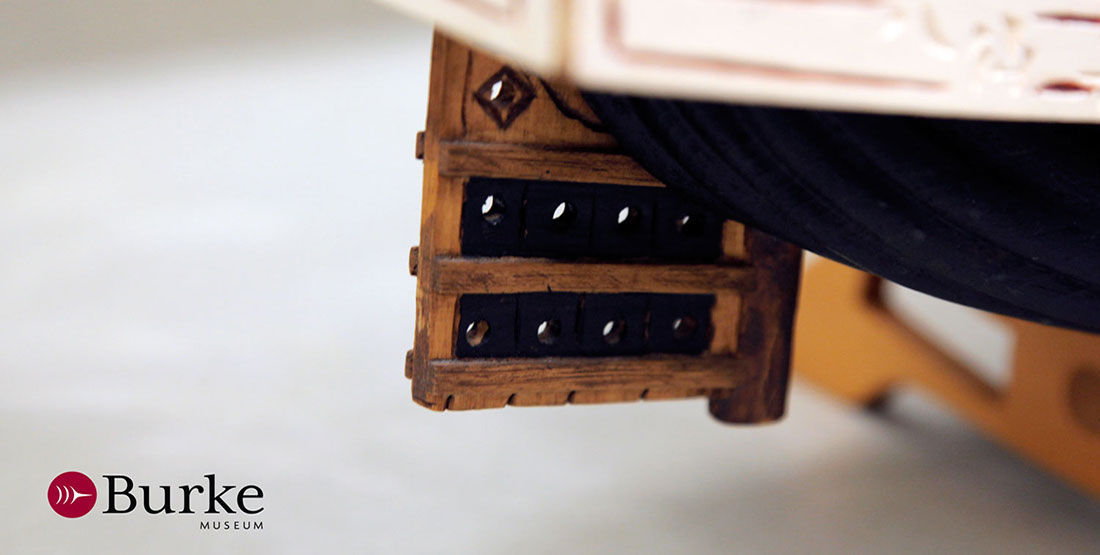 The rudders have many holes in them for better control.

Two thousand years ago, the Chinese invented a rudder mounted in the center of the ship’s stern. These rudders have holes in them for better control and can be raised and lowered below the bottom of the hull for deep-water sailing.

Another very important and early Chinese invention was the separation of the hull of the ship into a number of water-tight compartments, or bulkheads. Ships in the Western world didn’t have this important feature until the 19th century.

Some of the finest and most graceful-looking Chinese junks were made in what are now Fujian and Zhejiang Provinces. We have a few models that we can call Fujian Sea-going Trading Junks. Like the real ships, the models are brightly painted in different colors, and have highly decorated sterns with traditional designs for good luck and safe travel. 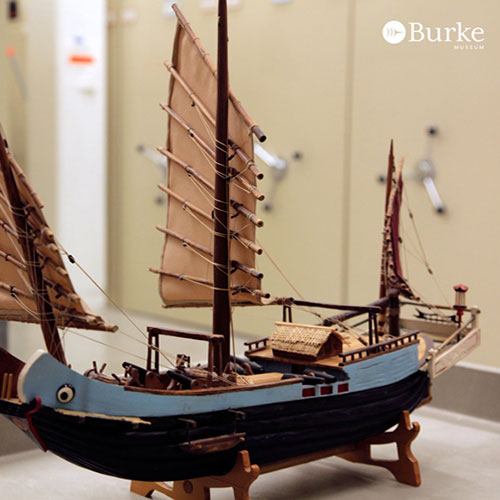 Large soldier junks were designed to hunt down pirates. This model was handmade by Ralph Birkinshaw. Photo: Burke Museum

Fujian junks have eyes to guide them in their travels. The bows have characteristic, large, sweeping “wings,” one on each side of the ship. These wings surely helped in wet weather and are a very aesthetically pleasing and distinctive design feature of these seaworthy ships.

This Chinese-made model of a cargo junk is from the South China Sea, most likely Hong Kong. Like the full-sized junks from this region, the model is made of teak wood from Southeast Asia. The South China Sea junk shows a lot of foreign influence, such as the shape of its high stern and the keel meant for deep-water sailing. As is typical for these junks, the model's rudder has holes in it so that some water can flow through and it will be more controllable.

Trading junks were often attacked by pirates, so the Chinese imperial government directed provincial soldiers to pursue them in large war junks designed for this purpose. We have a beautiful model of one of these, which is known as a Large Soldier Junk. This type of junk carried cannons, a crew of 40 to 60 persons, and up to 100 soldiers.

The Burke Museum’s Ethnology collection contains 11 Chinese model junks at this time, but not all of the models were made in China.

Ralph Birkinshaw, a local man from Westport, Washington, became fascinated by Chinese junks during his trips to China in the 1920s and ‘30s. He started making models of different traditional junks in the 1930s, spending an average of 1,000 hours building each entirely from scratch, and continued this hobby for more than 40 years.

After completing his seventh model, built to scale and accurate in its details like the others, he realized that he had one of the few collections of authentically-made Chinese junk models in existence. In 1976 he gave six of the seven models to the Burke Museum.

Mariners and model-makers around the world have always been fascinated by Chinese junks. Today, there seems to be a resurgence of interest in the construction and history of Chinese junks within China itself, and a few full-size sailing replicas have been built. One of them recently sailed across the Pacific Ocean and back again without incident (until it was hit by a freighter in Chinese waters and sunk just a few miles from home port).

Perhaps we’ll see one of these newer junks come to Seattle in the near future. In the meantime, we have the Ethnology collection’s small fleet to study for a long time to come. See more photos of the model Chinese junks in our Flickr set. 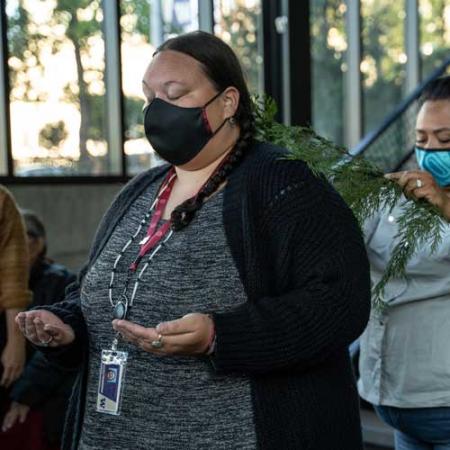