I personally have grown deeply appreciative of, and immensely fascinated by, Seattle-based photographer Edward S. Curtis’ photographic- and life- endeavors over the past few years in connection with my thesis work. Tucked away in the Burke’s Ethnology Archives is a little-known treasure trove of material related to Curtis’ 1914 ethnographic melodrama In the Land of the Head-Hunters—the first ethnographic “documentary” motion picture of its kind, depicting a romanticized pre-contact view of the Kwakwaka’wakw (Kwakiutl) culture of British Columbia, Canada. 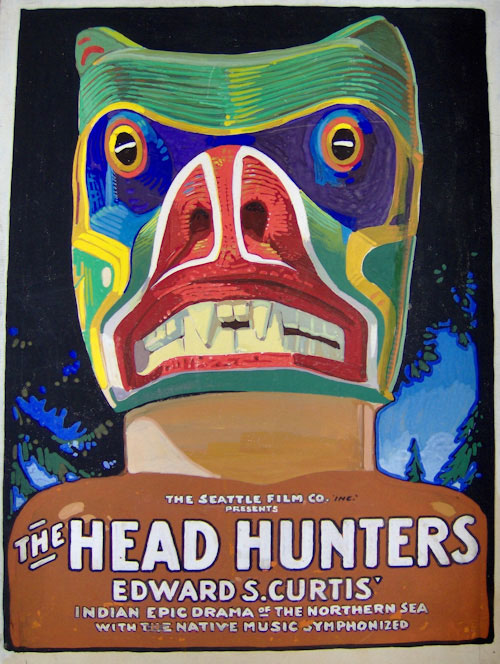 Figure 1. The hand-painted mock-up of a promotional poster created to advertise Edward S. Curtis’ 1914 ethnographic melodrama In the Land of the Head-Hunters. 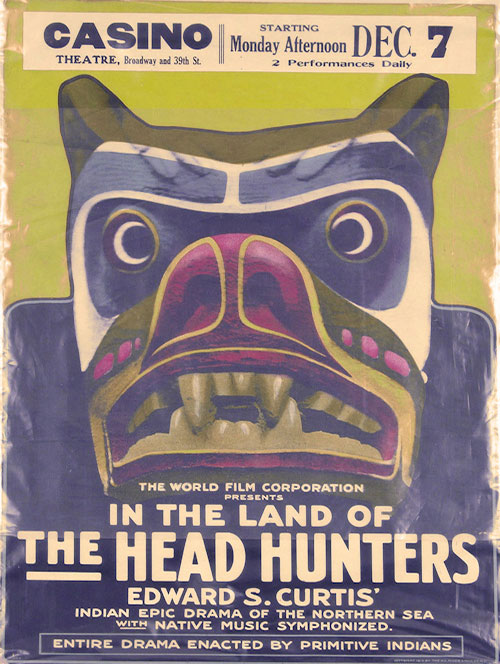 Upon my first encounter with the Burke’s archival collection associated with the film, I was instantly struck by a vibrant hand-painted artist’s mock-up, or prototype, for a promotional poster to advertise Curtis’ film (Figure 1). Not only was this mock-up a visual spectacle—a poster child (pun intended) for the Arts and Crafts style with its simplified forms, bold abstraction of color and angular lines, but also an enigma. What was the history behind this poster, and particularly, what was the story of the polychrome carved cedar grizzly bear so boldly illustrated?

The Burke’s prototype, dating from early- to mid-1914, was eventually produced as an official lithography poster by the H. C. Minor Litho Co. advertising the December 7, 1914 premiere of Head-Hunters in New York at the Casino Theatre (Figure 2). The carved grizzly bear depicted holds a dynamic real-life social biography of its own right: metamorphosing from an element of a traditional and culturally-valuable potlatch symbol, to an idealized symbol of “nativeness” as a stage prop, to a constituent in an decontextualized tourist attraction, and finally to a hidden gem within a museum’s storage.

The grizzly is in fact part of a two-figured Thunderbird house post, one of set, carved initially between 1900 and 1910 by the renowned Kwakwaka’wakw carver Charlie James for Chief Tsa-wee-nok of Gway'i (Kingcome Inlet) as visual public displays of his family crests.

According to a ledger record penned by George Hunt, Curtis’ invaluable Tlingit and Kwakwaka’wakw informant and assistant for the motion picture, it appears that the two poles were purchased in the summer of 1913 to be utilized extensively as stage props within the film (markedly the first appearance of totem poles in moving picture history!), each being transformed with physical augmentations to signal distinctive structures within the film (Figures 3 & 4).

In 1927, the two house posts were erected within an educationally-intended outdoor totem park, purchased and erected by the Art, Historical, and Scientific Association of Vancouver (AHSAV) in Stanley Park. While both posts were in subsequent decades replicated, the originals being placed in safekeeping within the Museum of Vancouver (an institution created by AHSAV), the house posts have become one of the most popular tourist attractions in British Columbia (Figure 5). 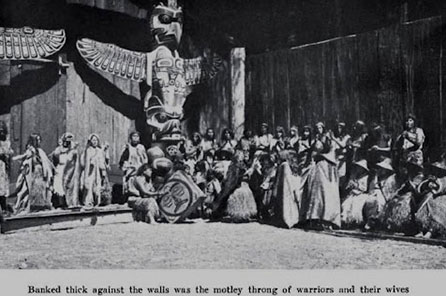 Figure 3. The thunderbird and grizzly house posts are shown here in a still from Curtis’ film, representing the house of Waket in the tale, the house of the heroine’s father. 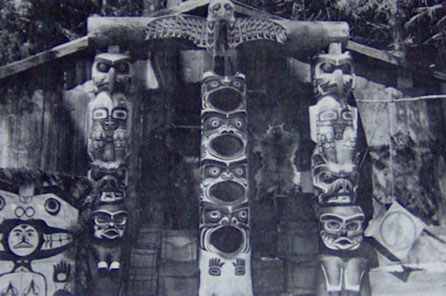 Figure 4. With the simple accessory of carved figures of Dzoonokwa, the man-eating giantess, the house posts are transformed into the setting of the ruthless villain, Yaklus’, house. 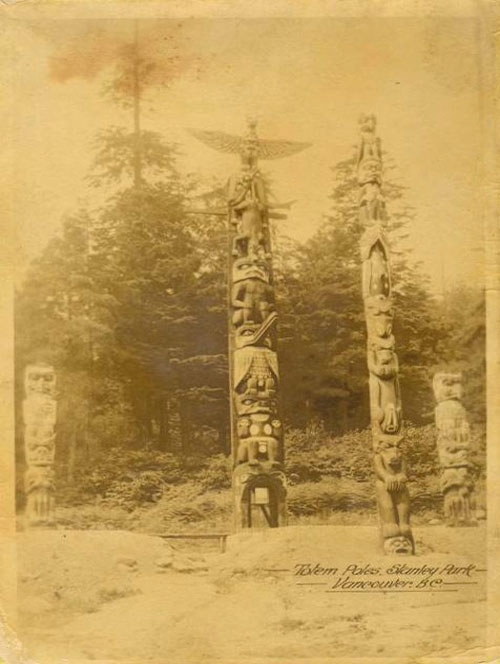 Figure 5. The Kwakwaka’wakw house posts as seen erected in Stanley Park, sans wings, via a tourist postcard from the late 1920s.

Watch a brief clip from Curtis’ film yourself that showcases Kwakwaka’wakw performers involved in a dance festival. Notice the thunderbird and grizzly bear house posts prominently displayed in the background.

My deepest gratitude goes to Aaron Glass, Assistant Professor of Native Peoples of the Northwest Coast, Museums and Anthropology, at the Bard Graduate Center, for his informative personal correspondence regarding In the Land of the Head-Hunters and the poster art associated with the film.

Read more about the complicated history of the Curtis film in:

Holm, Bill and George I. Quimby. Edward S. Curtis in the Land of the War Canoes. UW Press.