The iconic evergreen forests of the Pacific Northwest haven’t always been here.

In a recent study published in the journal Palaeogeography, Palaeoclimatology, and Palaeoecology, scientists describe the emergence of these ecosystems about 51-53 million-years-ago—a time with the highest-known global temperatures in the past 66-million-years—when the Pacific Northwest was a subtropical climate similar to today’s southern Florida.

So how did temperate forests emerge during a hot, humid climate? The answer lies within the fossil record and is made possible by another icon of the Pacific Northwest—volcanic mountain chains. 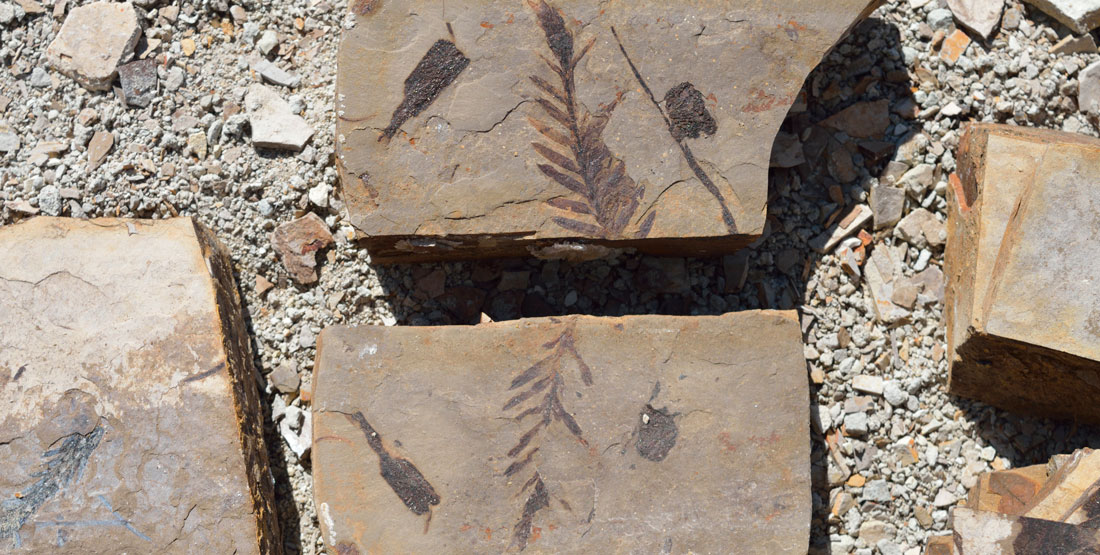 A fossil of a conifer called Cunninghamia. 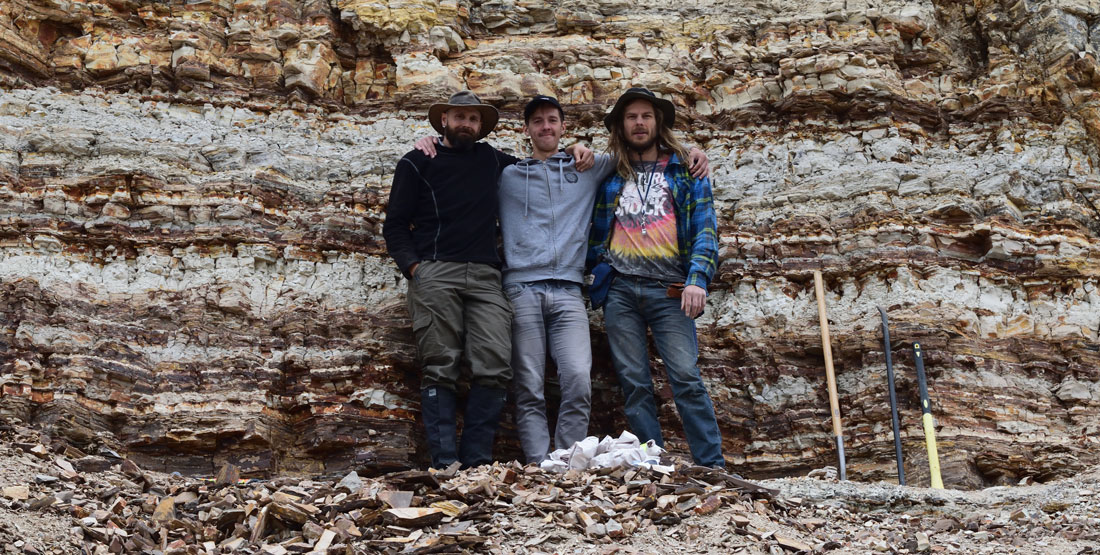 Alexander Lowe, graduate of Brandon University in Manitoba, Canada, and current graduate student at the University of Washington and Burke Museum, and co-authors analyzed 3,700 fossils from a unique paleontological site called the McAbee Fossil Beds in southern British Columbia, Canada. The site is an ancient lakebed formed by the surrounding active volcanoes. The ash from multiple eruptions and other sediment washing into the lake preserved an abundance of beautiful plant and insect fossils, and also micro-fossils like pollen and spores.

The team sampled fossils from two different geologic layers, representing two different snapshots in time that are estimated to be only 10,000 – 100,000 years apart. This geologic rarity allowed for the authors to look at forest dynamics operating over thousands to tens of thousands of years of time. More often, paleontologists are drawing comparisons across millions of years of time and different locations.

Lowe and co-authors found the ancient forests consisted of several plants iconic to today’s Pacific Northwest region: cedars, firs, and other conifers, maples, birch and even ferns. A blooming of diversity of many species of both flowering plants and conifers were found in these layers. The most prevalent conifer found was Metasequoia occidentalis, the dawn redwood that is now native to eastern China. Of the flowering plants, Ulmus okanganensis (a species of elm), Fagus langevinii (a species of beech) and Alnus parvifolia (a species of alder) were the most abundant broadleaf species at the site.

“It is interesting that the plants we see dominating these ancient forests represent a mix of plants we find today in the Pacific Northwest, southeastern U.S., and eastern China. This mixture of plants resulted in a high diversity, probably comparable to that seen in modern tropics, despite these forests having existed then at higher elevations, and the fact there was cold hardy plants around, firs for example,” Lowe said. “It is also interesting that despite volcanic eruptions that were frequent and dynamic through time, the forest didn’t change much between the two layers we analyzed, so these forests were apparently quite resilient to volcanic eruptions.”

The team reconstructed the ancient temperature and precipitation using the shape and size of fossil leaves, and found it to be similar to modern day Seattle, despite then existing at higher elevations. Apparently, some of the iconic temperate plants of the Pacific Northwest thrived in this cooler high elevation pocket, when the rest of the region was a subtropical Florida-like climate. Volcanic activity that was frequent (but not devastating enough to wipe out all plants with each eruption) provided fertile soil. Also, lower elevations in the foothills of the mountains created zones where the temperate, cooler plants could mingle with the warm-loving plants, providing an environment for both groups of plants to coexist in a highly diverse mix of plant species.

“As we see in upland sites like McAbee, and increasingly today, cooler climate plant and animal species are pushed to higher elevations as the climate warms. But what happens when there is no higher to go? We lose those species,” Dr. David Greenwood said, Lowe’s previous advisor and coauthor on the McAbee study.

In the upcoming years as part of his PhD research, Lowe is going to look at the fossil record during another, more recent warm period (17–15 million years ago) to see how plants and regional climates responded. Along with other Burke paleontologists, he plans to analyze fossils from Washington, Oregon, and Idaho.

This study provides ecological context in which to understand the diversification and evolution of plant families that now dominate temperate latitudes in the Northern Hemisphere, and what could potentially happen to this important ecosystem in the face of warming climates today.

Funding and Permit Information: Funding for research was provided to Alex Lowe by graduate student research grants from the Paleontological Society and the Society for Sedimentary Geology (SEPM), and to Dr. Greenwood from National Geographic Society and the Natural Sciences and Engineering Research Council (NSERC).

A scientific research permit was issued to Dr. Greenwood by the Heritage Branch of Forests Lands and Resources Operations (FLNRO), British Columbia Government.

The researchers acknowledge and thank the St’uxtews (people of the low valley)/Bonaparte Band of the Shuswap Nation (Secwepemc) for their stewardship of the McAbee lands and for the opportunity to conduct research.