All bones are accounted for in T. rex skull

The Burke Museum’s paleontology team continues to make exciting progress preparing the "Tufts-Love" T. rex skull—one of around 15 Tyrannosaurus rex skulls known to exist in the world. The team has now found 100% of the dinosaur’s skull and jaw bones by bone count.

This significant milestone happened during recent exploration into the interior of the skull, where they found the right epipterygoid—a skull bone found in vertebrates. This thin and delicate bone is not often preserved in fossils. The Tufts-Love T. rex’s right epipterygoid is complete, and preserved in the correct anatomical position in the fossil.

In addition, the team has uncovered the left columella. In mammals, this bone is called the stapes—a tiny bone from within the middle ear that is the smallest bone in the human body. It's also the smallest bone in a T. rex, and is a thin and delicate rod that's only a few millimeters in diameter. The columella bone is extremely rare to find preserved in a T. rex. As Burke paleontologists continue removing bone from around the fossil, they will look for the right columella. 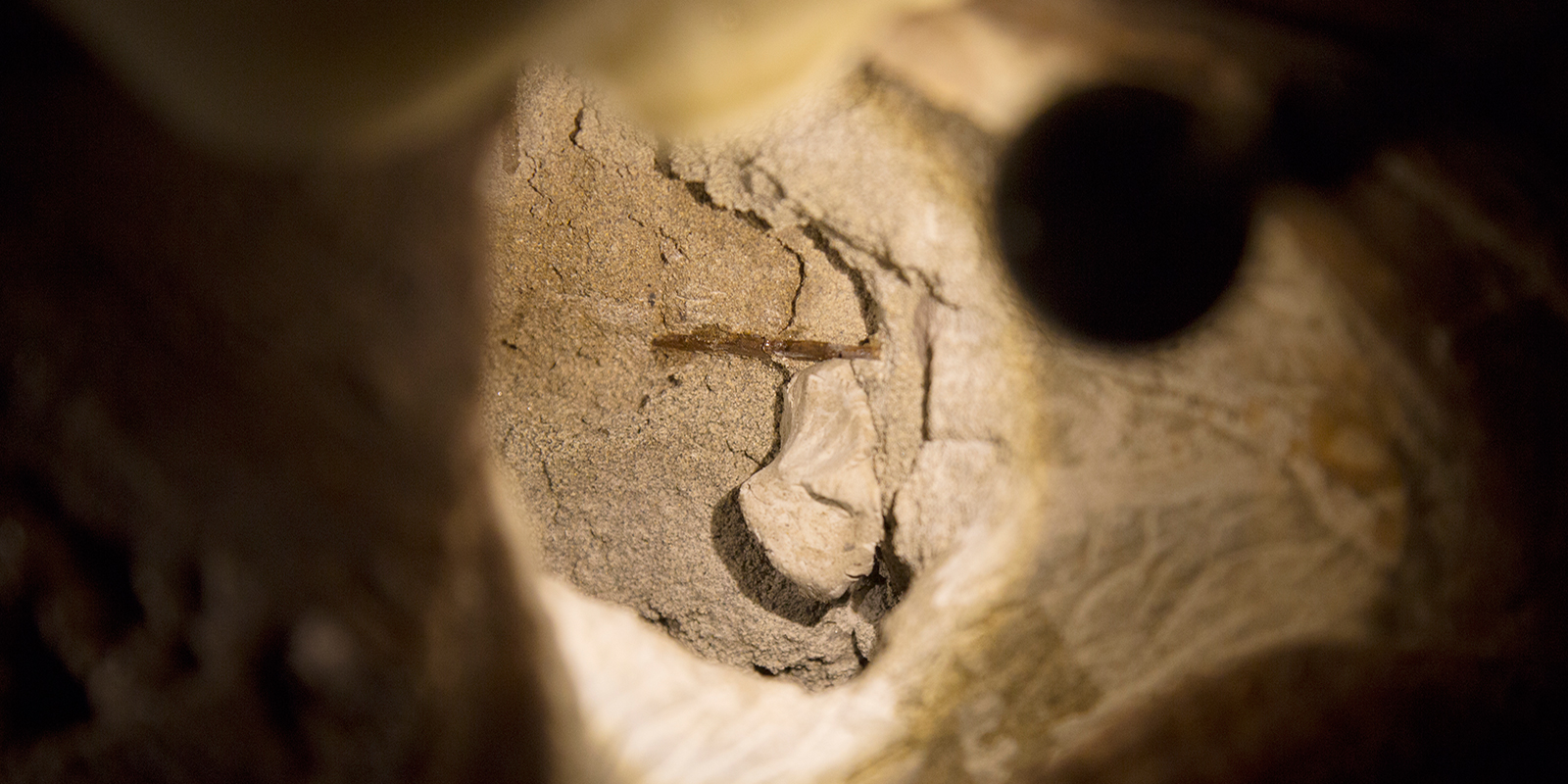 The Tufts-Love T. rex’s right epipterygoid is complete, and preserved in the correct anatomical position in the fossil.

With hardly any distortions or crushing of the bones, the Tufts-Love skull fossil is in spectacular condition.

“There are very few T. rex skulls in the world that are really able to offer that much intact anatomy. This puts us in a really excellent position in terms of what we’re able to display in terms of the exhibit in the New Burke, and also in terms of the scientific utility of the specimen,” Burke Museum Fossil Preparator Michael Holland said. “I work on this T. rex all the time and there’s never a day where it doesn’t blow my mind.” 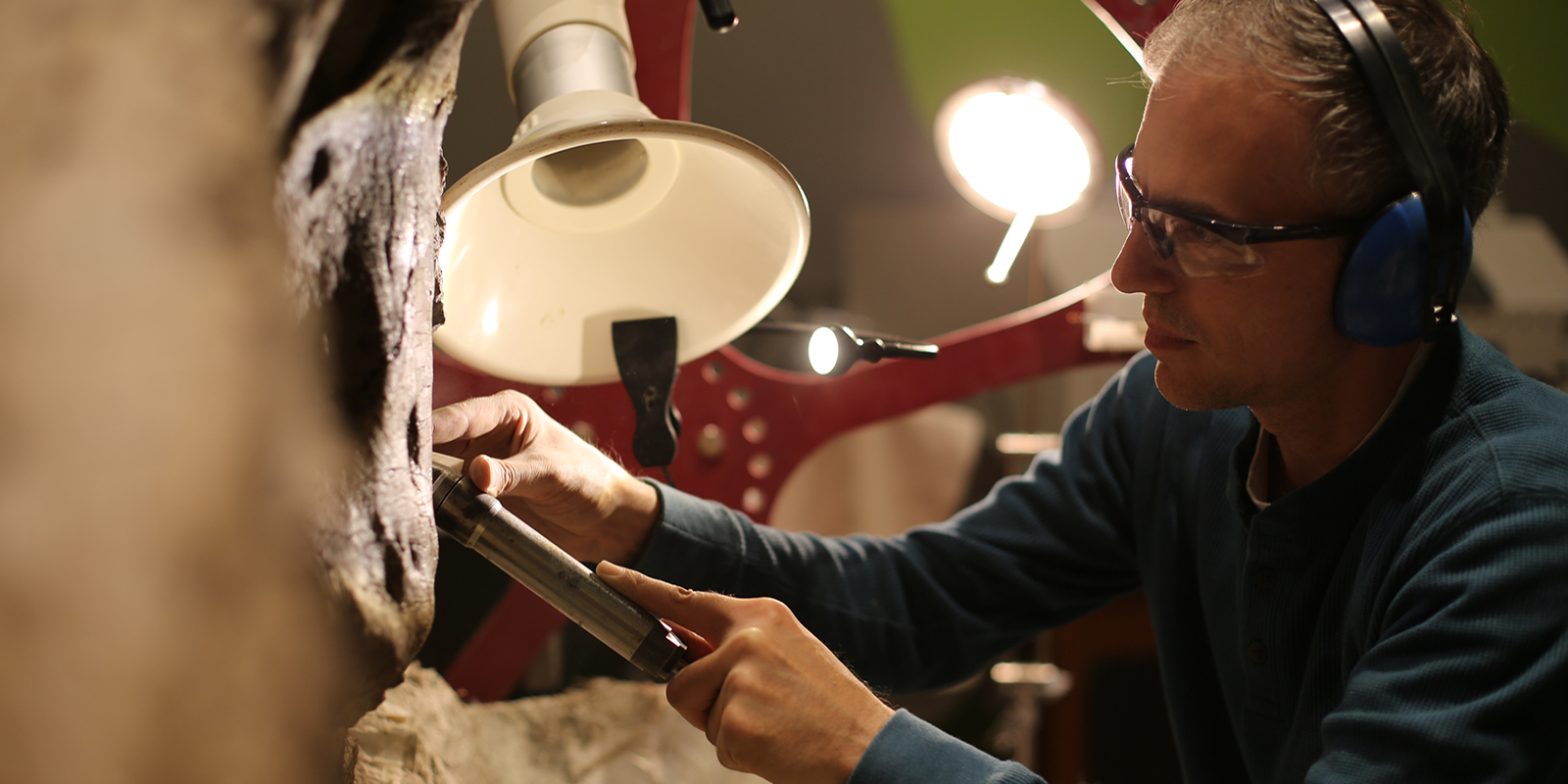 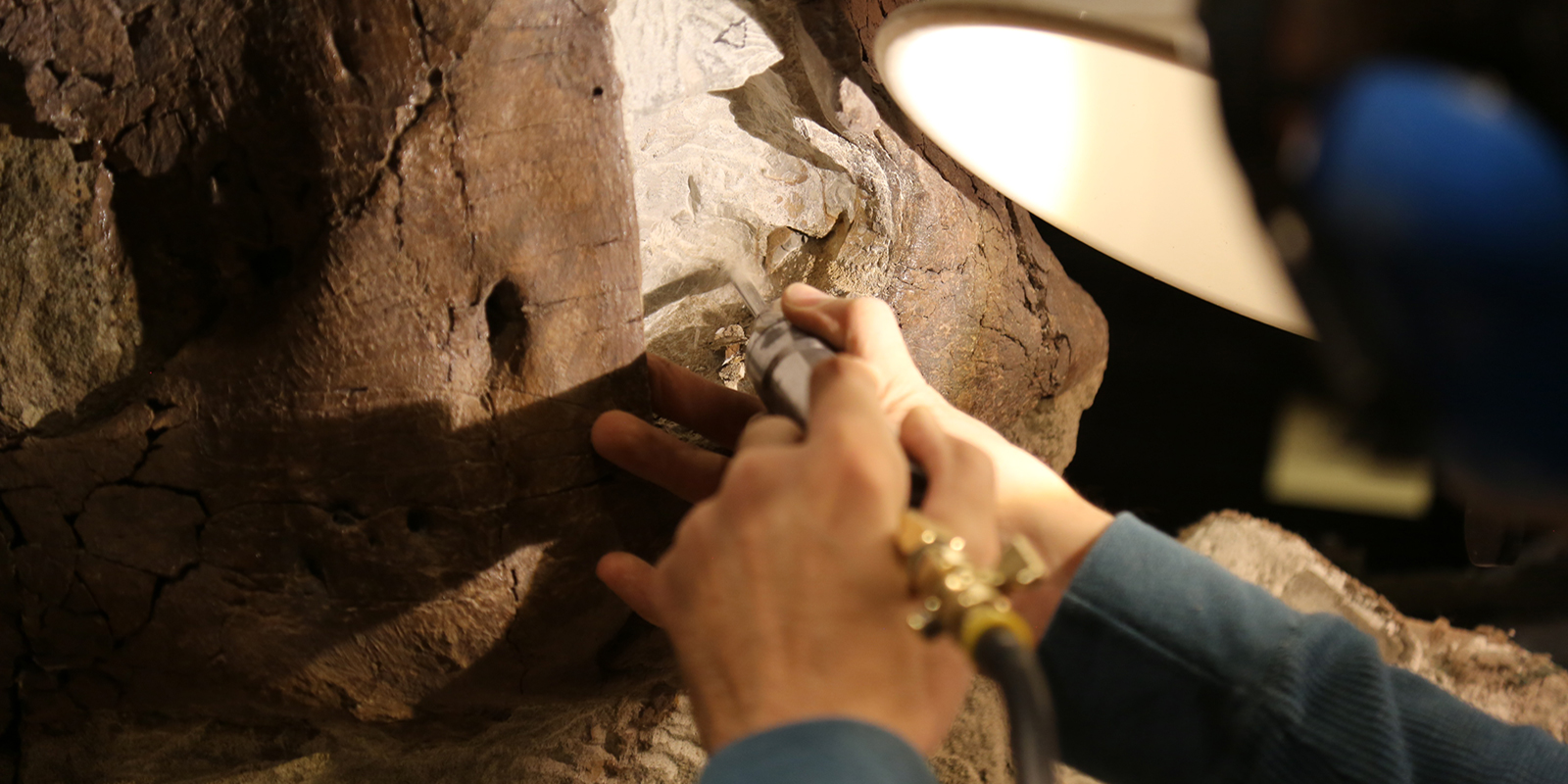 “We’ve already received a number of requests from researchers to study this specimen,” Dr. Greg Wilson, Burke Museum curator of vertebrate paleontology and University of Washington associate professor of biology, said. “So it could eventually become among the most studied specimens of T. rex in the world and among the most studied specimens in the Burke collections.”

The Tufts-Love skull is being prepared in the publicly viewable paleontology lab in the Burke’s Testing, Testing 1-2-3: Work in Progress exhibit.

Every day, visitors can see the progress being made on the fossil. Currently, the right profile of the skull has been exposed, showing its beautiful teeth and skull shape. Much of the left side of the skull has also been uncovered, with current work preparing the interior architecture of the skull, which includes the braincase along with palatal bones from the roof of the mouth. 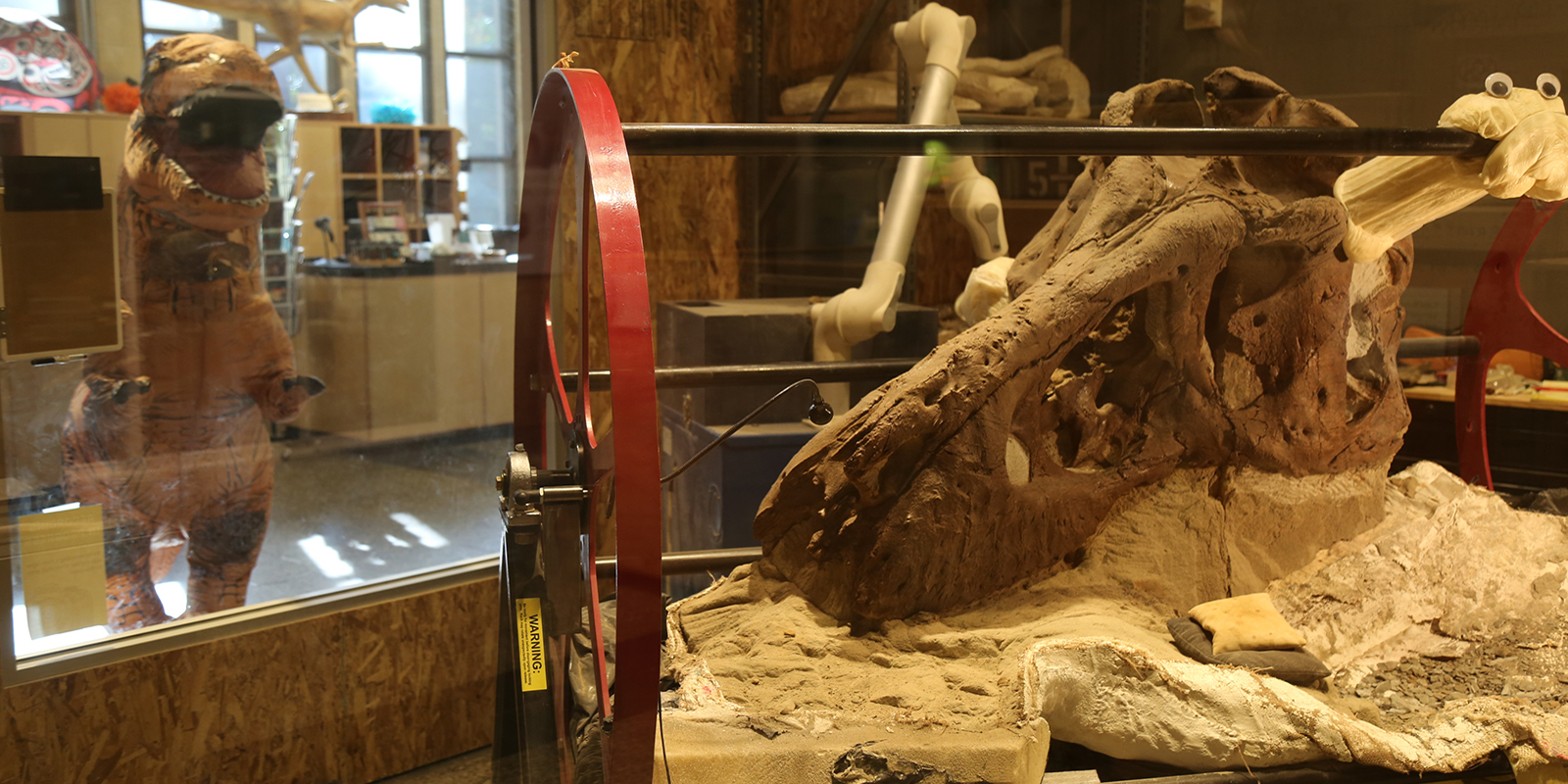 A Burke staff member dressed in an inflatable T. rex costume looks through the window at the skull.

Burke paleontologists are doing a bit of a “nose job” on the fossil; the two premaxilla bones were located away from their original anatomical position. These bones have been removed to prepare further and will be reattached in their proper place on the skull when preparing it for exhibit. In the meantime, the removal of these bones gives a unique view of the inside of the T. rex’s nasal cavity.

What’s next for the Tufts-Love T. rex?

After preparation of the Tufts-Love T. rex skull is complete, Burke paleontologists will turn their full efforts toward preparation of the other parts of the skeleton. They still don’t know all of what is in some of the plaster jackets from the field.