Myth: You're always within three feet of a spider 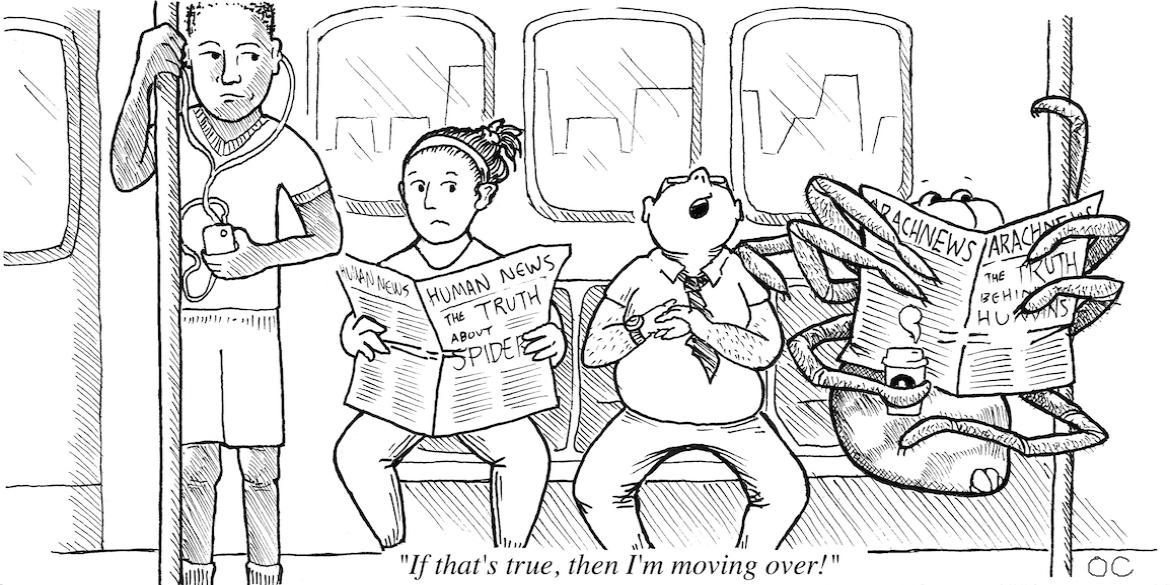 Myth: You are never more than three feet from a spider.

Fact: We actually know the history of this one. A 1995 popular article by famous arachnologist Norman Platnick begins, "Wherever you sit as you read these lines, a spider is probably no more than a few yards away." I'd call that debatable even as is, but of course none of the many who repeated it got it right. The Honolulu Star-Bulletin, reviewing a local exhibit in September 1996, wrote "Scientists estimate we're never more than three feet from a spider. That's because some are microscopic, and actually live RIGHT ON YOU." The capitals are theirs, not mine, and they're mistaking dust mites for spiders here.

Then the nature writers got into the act. From a 1999 Sierra Club book on spiders: "Wherever you are, there is a spider within a meter of you." From a 2001 book on nature in the city: "Even in Manhattan, you are never more than three feet from a spider." And Norm Platnick (under pressure, I admit) misquoted his own earlier statement in a May 2002 CNN interview: "You're probably within seven or eight feet of a spider, no matter where you are."

How close the nearest spider may be does, in fact, depend on where you are. If you're standing on a lush green lawn, you can assume small spiders are directly under your shoes, and others within 3 centimeters on all sides. If you're in the middle of a parking lot, the nearest spider could be 30, 50 or even 100 meters away. If you're an airplane passenger, the only nearby spiders might be airborne ballooners, and spiders don't balloon at night, so on a night flight you could be several kilometers from the nearest one.

Most human situations will be somewhere between these extremes. So, is three feet (or 7-8 feet, or "a few yards") your average distance from a spider? Nobody knows, because nobody's done the intricate calculations to find the average distance between a human and a spider. Besides, the mythical statements in these books and articles don't even call it an average. They're just a case of how one man's unguarded statement becomes apocryphal "common knowledge."