Myth: Late summer has the most spiders 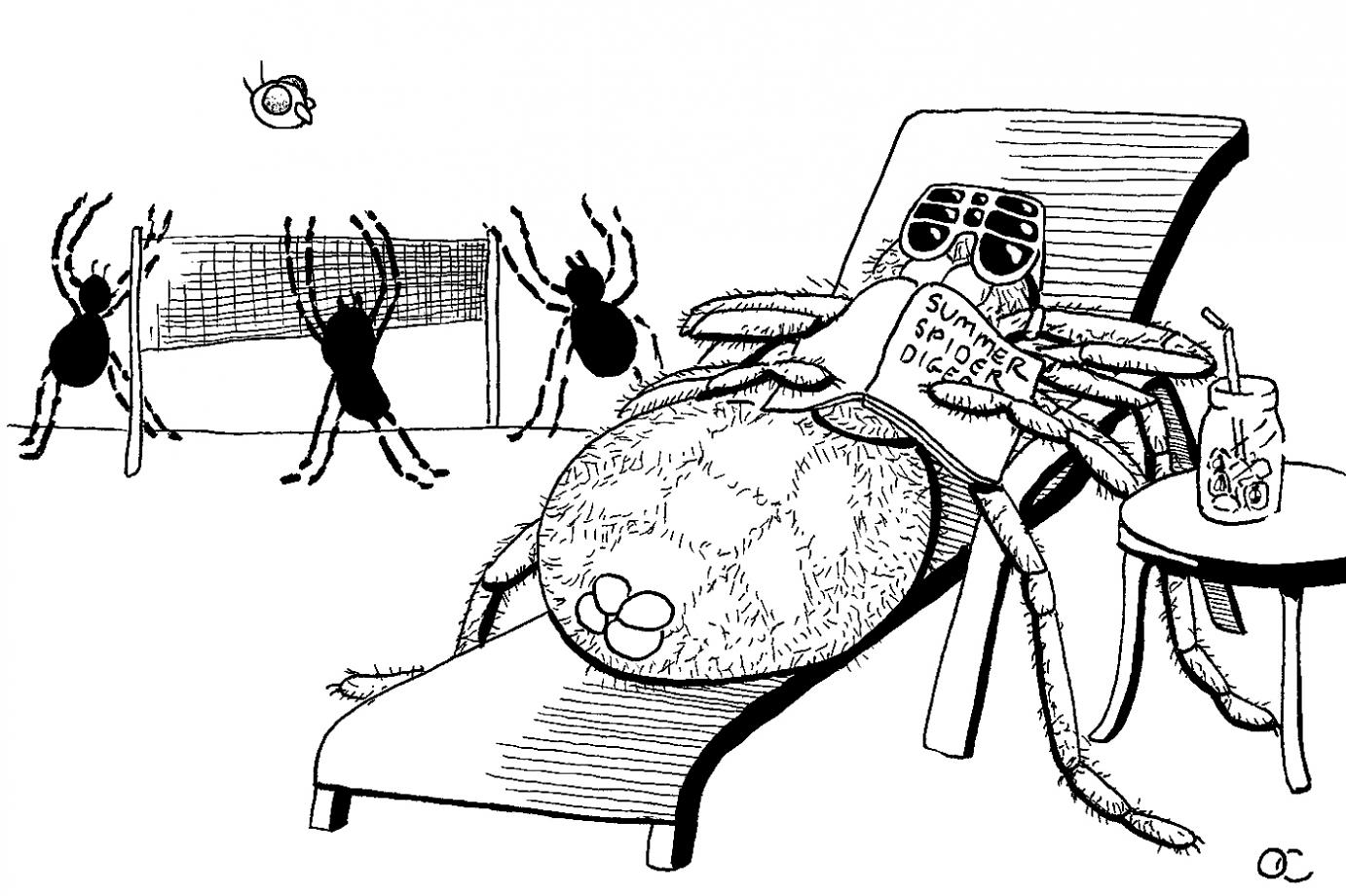 Myth: Spiders are most numerous in late summer.

Fact: Actually, August and September are the worst time of year for northern hemisphere spider collectors. A few large conspicuous spider species (including the larger orbweavers and the giant house spiders) are mature at that time, but not many other spiders are.

People who believe this myth judge all spiders from the very few species that they happen to notice. It's also at that time (late summer) that people ask me "why are there so many more spiders this year than usual," something I've heard every year for the past 40 years!

In reality, low moisture availability makes summer a much worse time for spiders than fall (October-December) and spring. In mild climates such as western Washington where I live, winter is also better than summer for spiders.

Graphic: 71 common spider species of western Washington state graphed by months when they are mature. 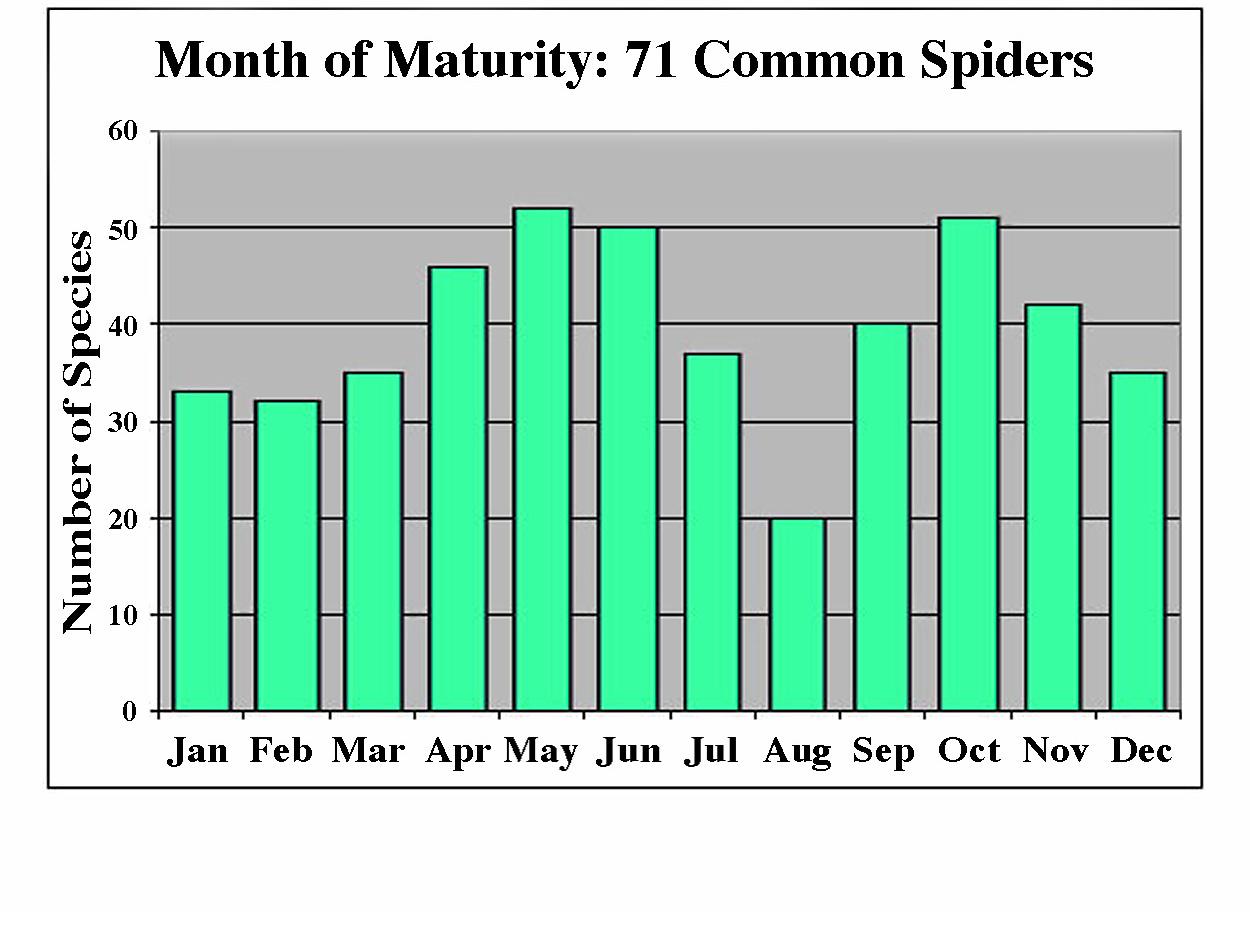