The Washington state spider list now numbers 932 species, and counting. Adding one or two more species is no big deal. However, we classify all those species into only 39 families (such as Araneidae, the orbweaver family, or Salticidae, the jumping spider family). In the last decade I've only added one family to the state list. So finding two new families for Washington is a big deal, and I didn't do it; my volunteers did!

Laurel Ramseyer, a Burke Museum volunteer and research associate, has been documenting the spiders of fallen pine cones (and other conifer cones) since she discovered the habitat in 2008. More recently, Laurel has been seeking out pine and fir cone sites in Greater Seattle urban areas to document the spread of a non-native crab spider, Ozyptila praticola, in the cones. 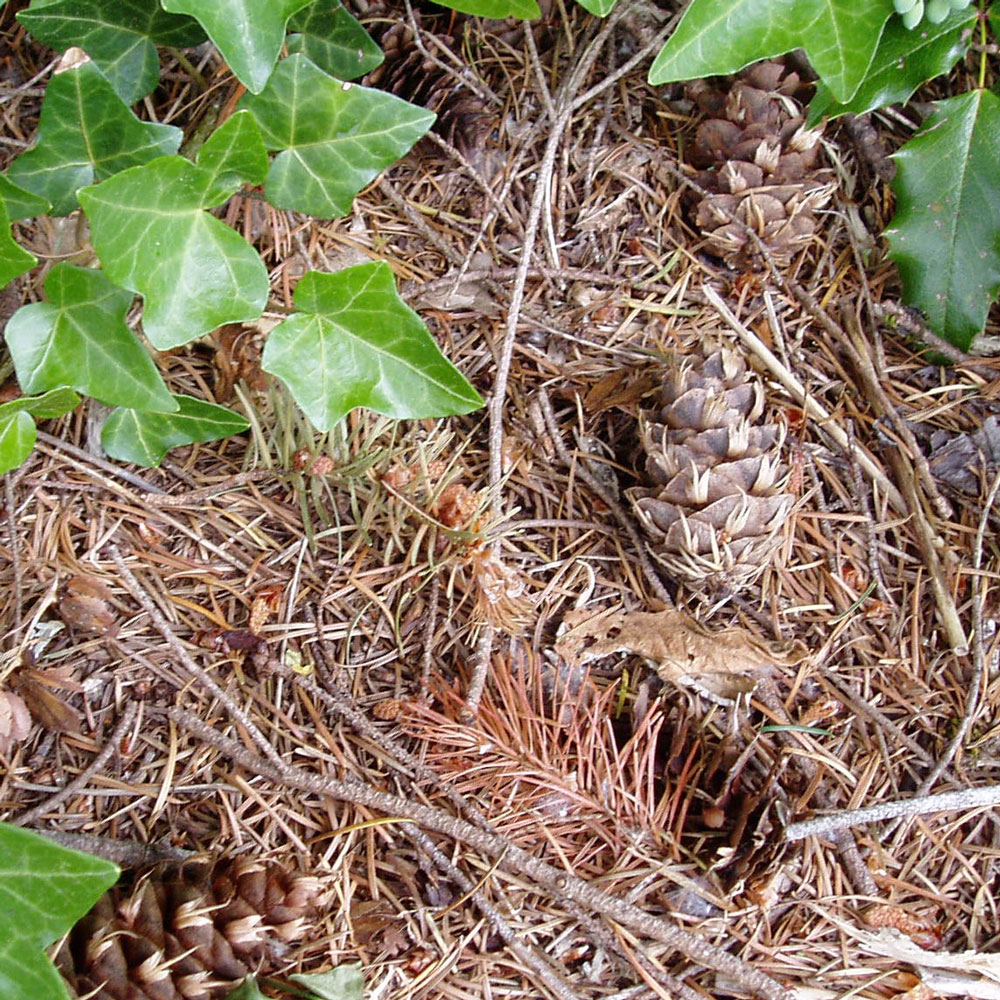 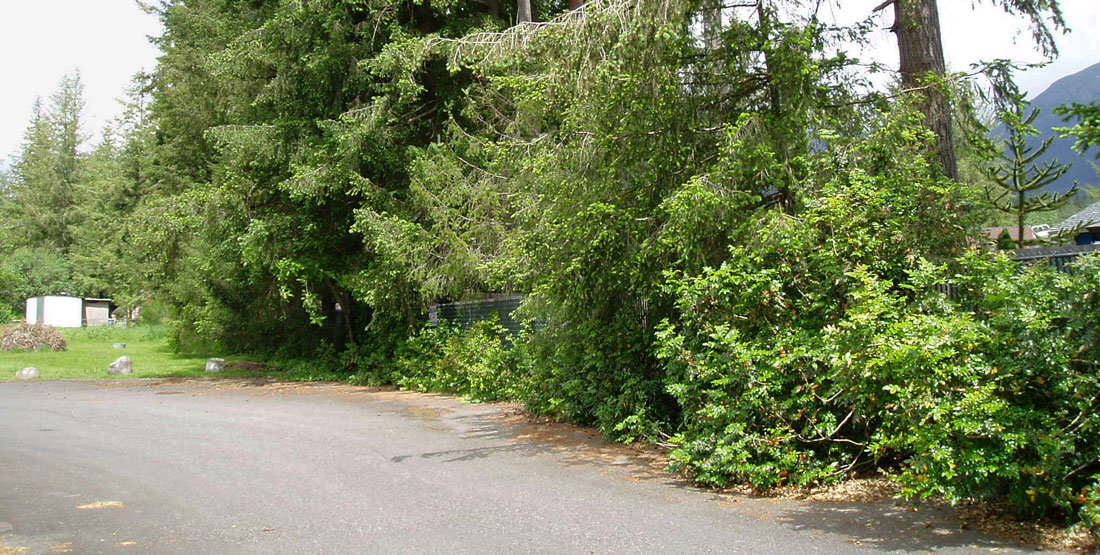 Trees behind the grocery store where Zodarion was first found.

In early May, on a routine field trip for her Ozyptila project, Laurel stopped in Gold Bar, Washington, along the Stevens Pass Highway, and tapped 50 Douglas-fir cones behind the local supermarket. One of the six spiders was the crab spider she was seeking—she ignored the others for the time being.

The following month, she was returning from cone-sampling in other towns and thought to revisit that same Gold Bar site. This time, one of the "other" spiders (not the crab spider she was seeking) caught her attention and she took a picture of it for her blog.

Unlike most Washington spiders, I did not recognize it. Having been unable to ID this mystery spider from Laurel's photo, I requested to see it and she brought it by my lab. 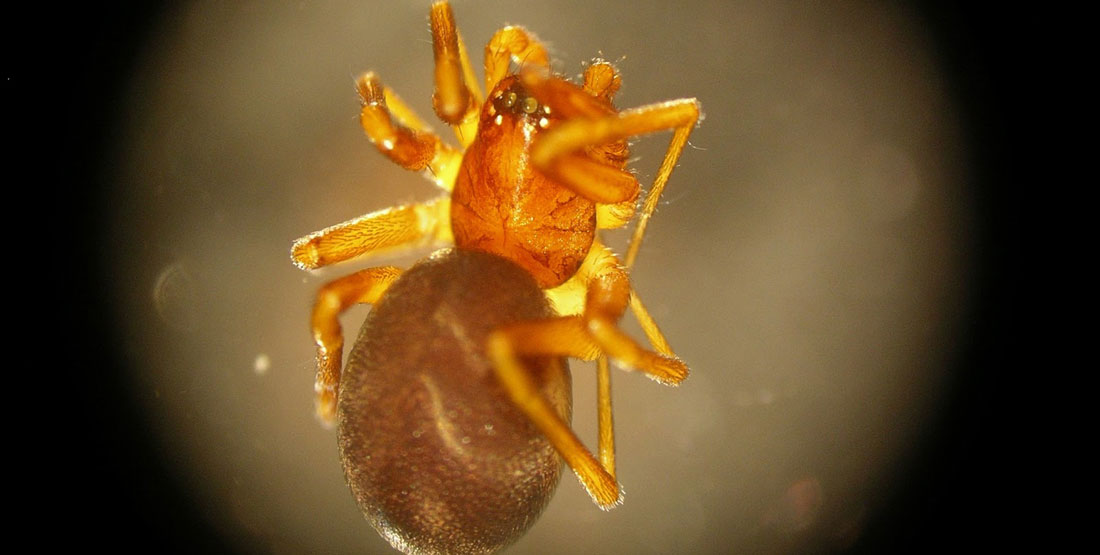 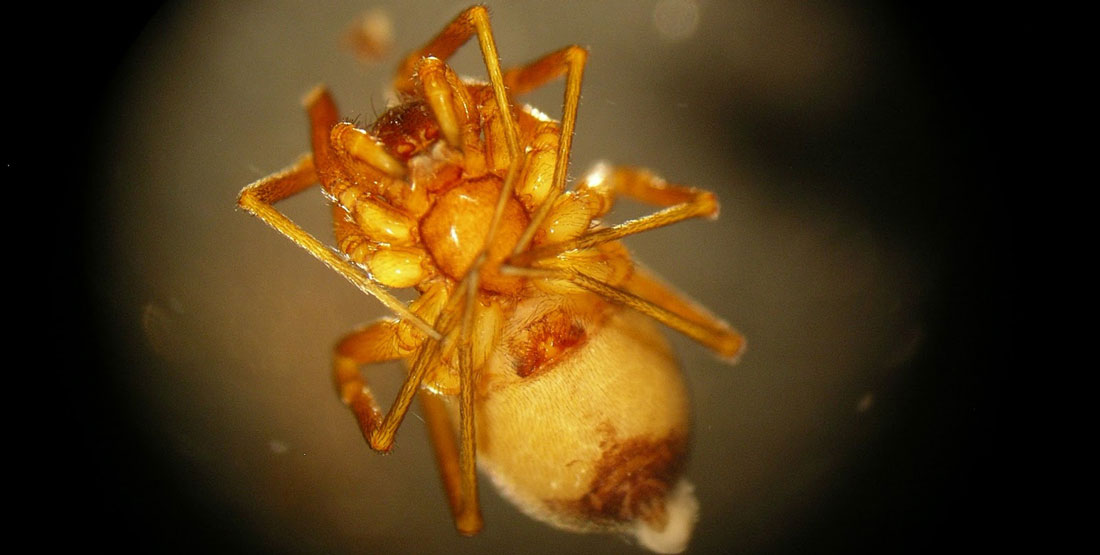 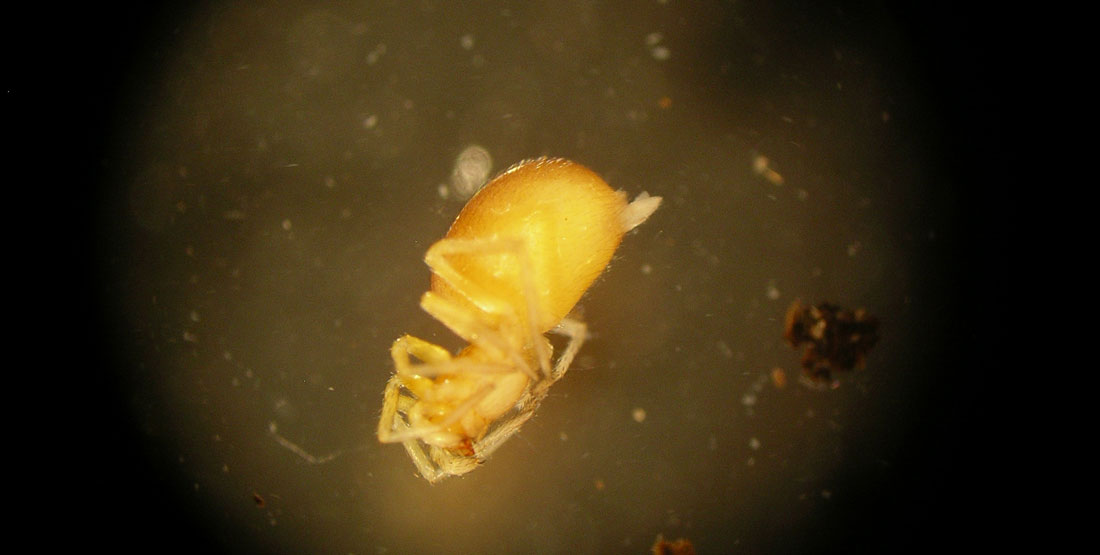 A juvenile Zodarion rubidum found in Sultan, Washington, in fir cones next to the railroad tracks. Note the two spinnerets.

When I tried to take it through Roth's family key to North American spiders, it went precisely nowhere. "Well," said I, "this spider is now officially upgraded from 'curious' to 'bizarre.'" Finally the excellent keys on the Spiders of Europe website led to the answer: the appearance of only two spinnerets (most spiders have six) made this spider a member of Zodariidae, a family not known from Washington and never before seen by me; the species is Zodarion rubidum.

Zodarion rubidum is widespread in southern and central Europe, and was found introduced in a Pennsylvania quarry in 1967. By 1999 it had spread to Colorado, and now it's here in Washington state! (P.S., this spider has no common name at all.) Excited by her new find (an adult female), Laurel re-checked the May 9 sample, and it included an adult male Zodarion! What's more, she also had juvenile Zodarion from two sites in Pierce County. So it's definitely part of the Washington fauna now.

This 4-millimeter-long spider has some interesting habits. It is an obligate myrmecophage: in other words, it will not take any prey but ants (which most spiders won't eat at all). When at rest, it lives in a little igloo-shaped structure make of tiny pebbles and debris fastened together with silk. It favors the habitat of loose rock slopes at the sides of railroad tracks, and some writers suspect the species spreads to new habitats along railroads. The Gold Bar site is only 178 meters from the BNSF Railroad tracks.

Meanwhile, in early June, volunteer Ben Diehl was weeding a garden plot in front of the apartment building where he lives in Burlington, Washington. He had a vial handy to collect any spiders that turned up among the weeds. Just before departing the Burke for his new full-time job, he handed this vial to me, and I finally looked through it at the end of July.

One of the seven spider specimens was very unfamiliar! It seemed to be in the family Amaurobiidae, but didn't match any known species or even genus. Finally I went back to the good old Spiders of Europe website, only to find I had the first Washington specimen of a species with the tongue-twisting name Badumna longinqua. It is currently placed in the family Desidae, not previously known from Washington. 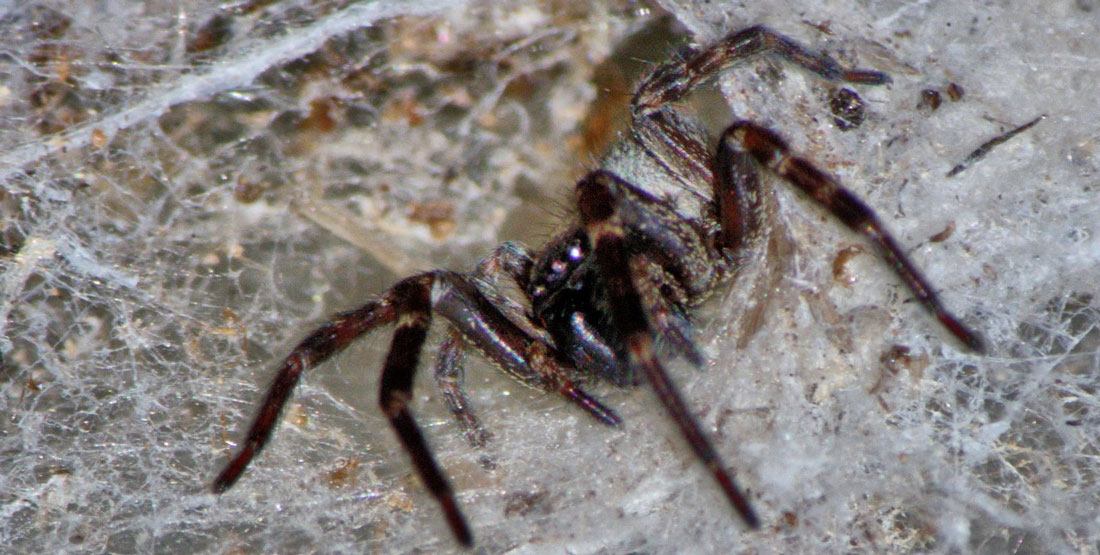 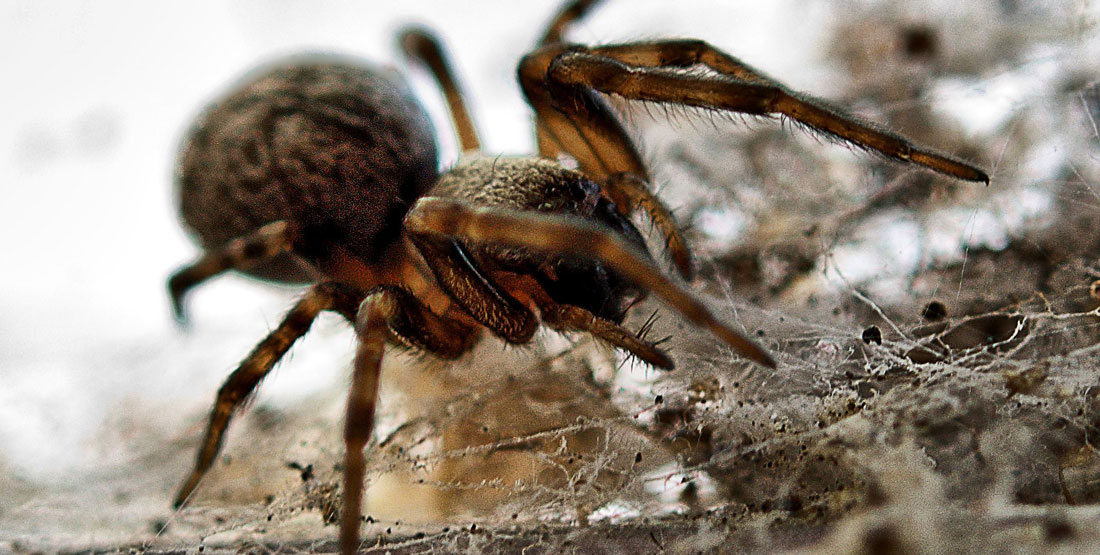 Badumna longinqua, about 8-13 mm long, is native to eastern Australia. It has been introduced to New Zealand, Japan, South America, Germany and California where it first appeared in 1918. It was found in Oregon in 2009, and now we have a northern Washington record!

Presumably, it also occurs now on the SW Washington coast, where I haven't collected for quite a while. Australian sources call this species "brown house spider" or "grey house spider" which could cause a lot of confusion here where we have far more common house spiders in both brown and gray! The species makes a woolly-looking funnel web around window frames, and is a generalist predator like most spiders.

Two more spider families for the Washington list. Thanks, volunteers!

Visit the Burke's Arachnology + Entomology Collections page or the Spider Myths website for myths, misconceptions, and superstitions about spiders.