Snailfish eggs in the gill cavities of king crabs

In a remarkable study led by Jennifer R. Gardner, University of Washington undergraduate research assistant in the Burke Museum’s fish collection, the egg masses of snailfishes deposited inside the gill cavity of North Pacific king crabs were identified for the first time using molecular techniques. 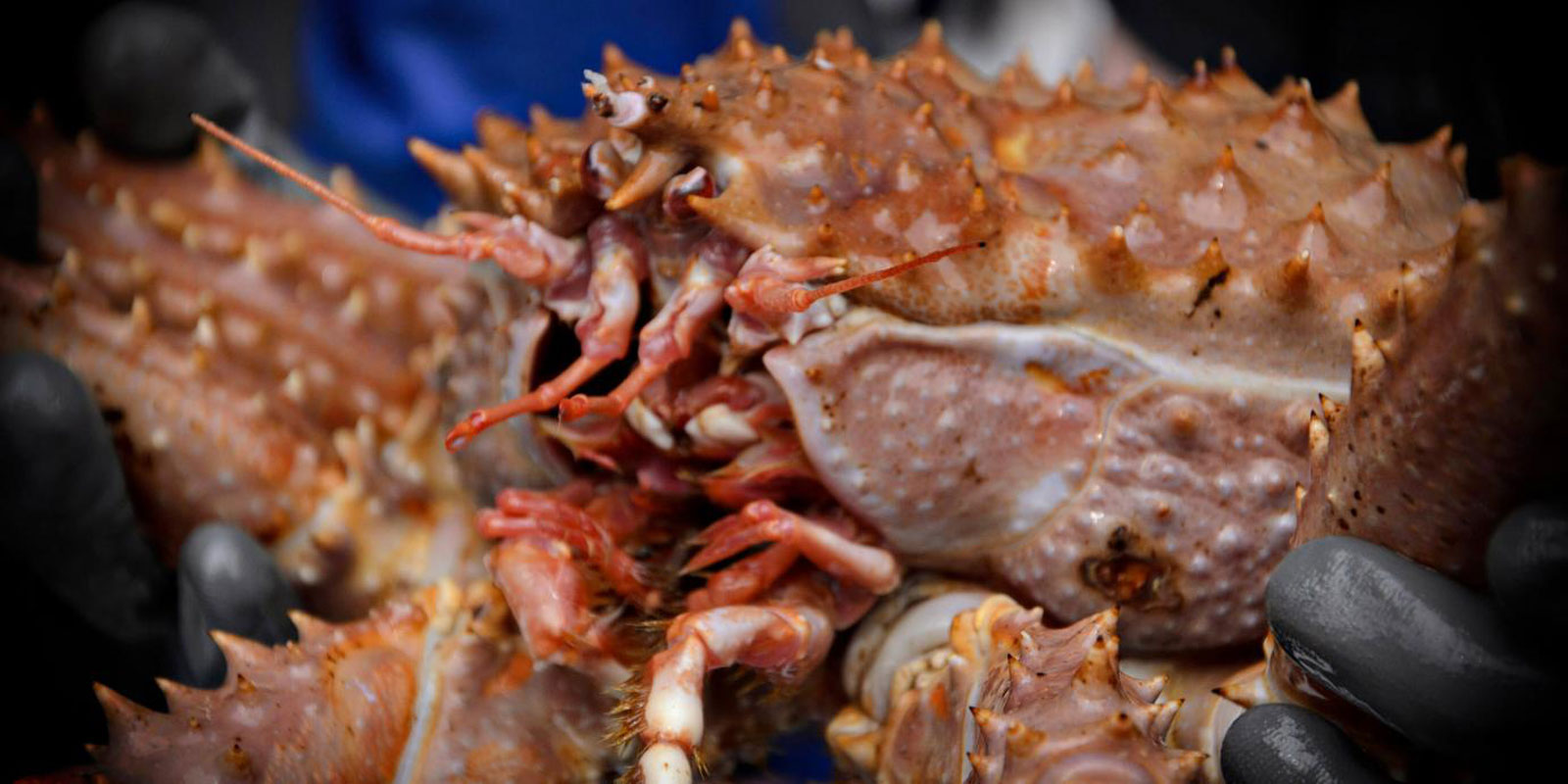 Among the many bizarre reproductive strategies employed by fishes, only snailfishes of the genus Careproctus have been known to lay their eggs within the protective gill chambers of lithodid (king) crabs. For decades, the true identity of the egg depositing species has remained unknown, puzzling biologists. Classifying the culprits had proven difficult because the eggs and larvae of each species looked the same. Determining what species of snailfish are depositing eggs in lithodids has implications for the multi-million-dollar commercial crabbing industry.

Determining what species of snailfish are depositing eggs in lithodids has implications for the multi-million-dollar commercial crabbing industry.

Surprisingly, the results yielded evidence of four species of Careproctus: C. melanurus, C. colletti, C. furcellus and C. simus. Each egg mass contained eggs from only one species, and appeared to be from a single parent. These results are the first positive identification of the snailfish species responsible for depositing egg masses in lithodid crabs. 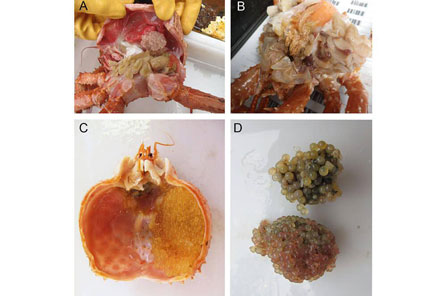 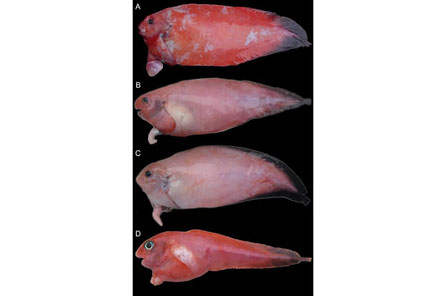 The true nature of this strange relationship, however, remains to be discovered.

While it is surely beneficial to the fish—providing a convenient, safe haven from hungry predators—the effect on the crab is unknown. It is hard to imagine that the crab receives any benefit in return; parasitism on the part of the fish seems more likely. In many cases, the egg masses take up a large volume of the gill cavity, significantly displacing the gills and seemingly having a deleterious effect on respiration. This situation that could lead to reduced growth rates and even premature mortality. The impact on the King Crab fishery has yet to be assessed. 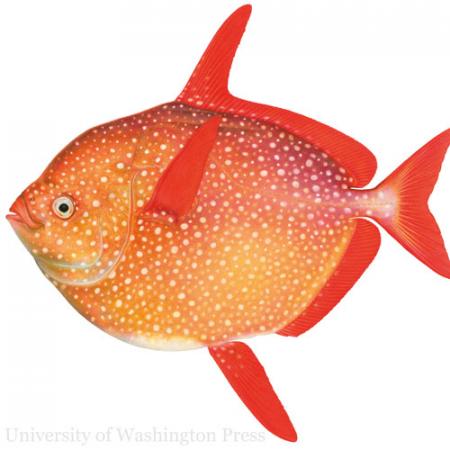 First book published on fishes of the Salish Sea

The first book documenting all of the known species of fishes that live in the Salish Sea is now available.

Larval fish may be small, but they can tell us a lot about the state of our oceans! Learn from Jenna Barrett, a staff ichthyologist, about how she works with baby fish and the questions they can help us answer.

Two researchers coincidentally discover the same new species of flowering plant—one in the field and one in a museum collection.