Pass the pepper, please: The coevolution of pepper plants and bats

Short-tailed fruit bats and New World pepper plants have an important relationship with each other. The bats eat the fruits of pepper plants, helping disperse the plant’s seeds. Plants in general have evolved an outstanding diversity of fruit characteristics to signal ripeness to fruit-eaters, including attractive scents and colors. 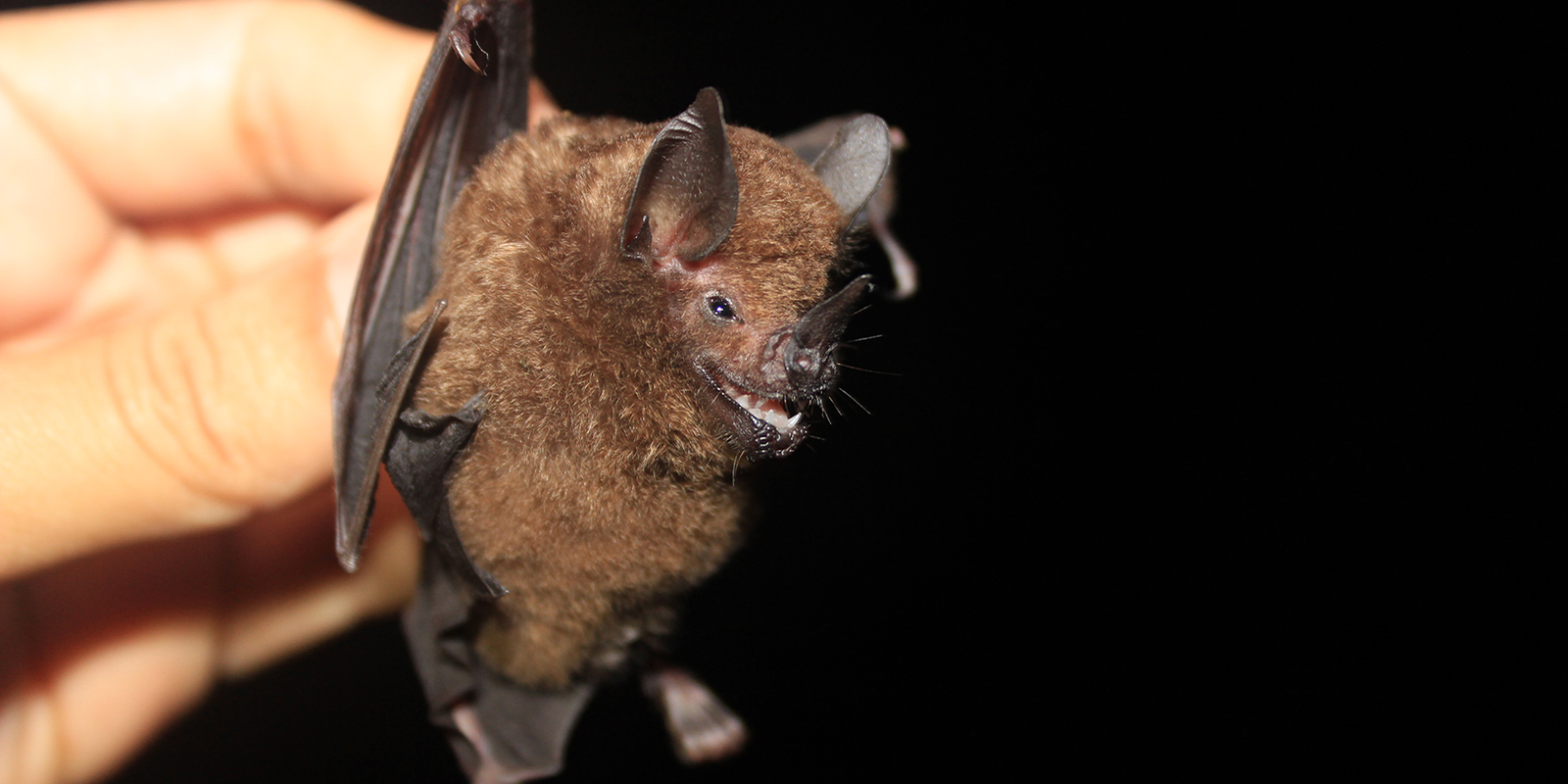 Carollia castanea is one of the species of short-tailed fruit bats Santana studies.

In turn, frugivores have evolved specialized sensory abilities that allow them to locate ripe fruits, such as keen olfaction and color vision. Although fruit eating bats are abundant in the tropics, it is still poorly understood whether and how they have shaped the evolution of fruit traits, and how bat sensory abilities have evolved to detect fruit signals.

Sharlene Santana, curator of mammals, is working in Costa Rica to study this coevolution. This project is in collaboration with the Riffell lab at UW and the Dávalos lab at SUNY Stony Brook, and funded by the National Science Foundation.

Her team is collecting chemical (scent) samples from pepper plants, as well as bat guano and tissue samples for dietary and genetic analyses. Santana is studying three species of bats along with over 50 pepper plant species. To analyze the sensory abilities of the bats, she is conducting behavioral experiments in the field, and also analyzing their diet and olfactory genes. To determine what chemical compounds pepper plants emit as signals of fruit ripeness, her team is using “scent traps” to capture the aroma of each plant species in the field, which are then analyzed in the lab at UW.

Santana’s team has found some similarities in the chemical composition of fruit scents across pepper species that are eaten by short-tailed fruit bats, yet fruits of each pepper species also have their own distinct scent. In addition, the fruits emit their own unique scents when compared to the general scent of the rest of the plant. The researchers believe the bats most likely cue in to a general pepper scent, and then choose ripe fruits and particular species of pepper plants based on signals of the most abundant and distinct chemicals that comprise the fruit scents.

Understanding the relationship between bats and pepper plants not only contributes to knowledge about coevolution of these species, but also has benefits for habitat conservation. These little bats are key dispersers of seeds that can help restore plant life in logged areas.

Check out this video of Santana releasing a short-tailed fruit bat after experiements, and see more from mammalogy!

Sharlene Santana completed her undergraduate at Universidad de Los Andes (Venezuela), a PhD in Organismic and Evolutionary Biology at UMass Amherst, and a postdoctoral position at the UCLA Institute for Society and Genetics. She has been an Assistant Professor in the Department of Biology, and the Curator of Mammals at the Burke Museum since 2012.