Many groups of plants can be found widely around the globe, such as maples, which occur in temperate parts of North America, Asia and Europe, and lupines, which can be found throughout the American Cordillera from Alaska and the Pacific Northwest to the Andes.

How did these plants come to occupy such large areas? And what effect did their spread across continents have on their diversification and evolution? 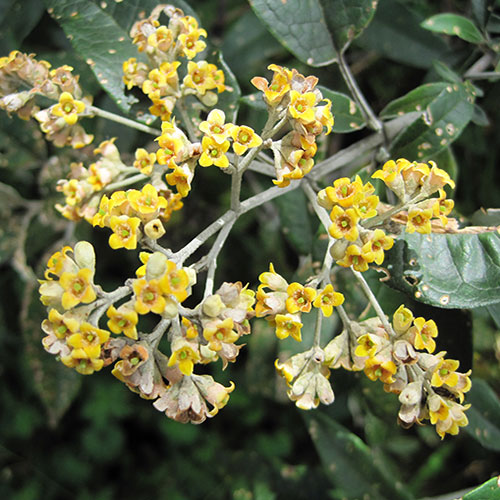 Buddleja nitida, from Central America, is one of more than 100 species in the genus that John Chau studies. 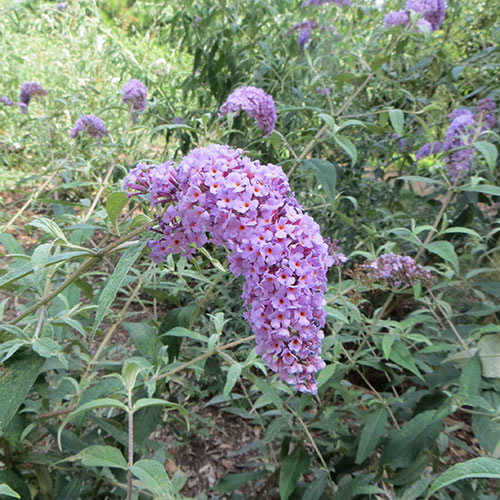 Buddleja davidii, native to central China, is a popular garden shrub but has become invasive in the Pacific Northwest.

John Chau, a UW biology graduate student in the lab of Richard Olmstead, herbarium curator and UW biology professor, is studying one such plant group with a wide distribution, the genus Buddleja.

The Butterfly-bush, Buddleja davidii, with its large, purple, bee- and butterfly-attracting clusters of flowers in the summer, is a familiar sight in gardens in the Seattle area and as an invasive weed on roadsides and riverbanks. Buddleja davidii, originally from central China, is just one of more than a hundred species in the genus, whose ranges extend across eastern Asia, southern Africa, Madagascar, and North and South America.

For his research, Chau collected plants in China, South Africa, Peru, Bolivia, Costa Rica and California to obtain material for genetic analysis and determine the evolutionary history of this group. These collections are now preserved at the Burke's Herbarium and have been supplemented by sampling from preserved specimens in other museums. By comparing variation in DNA sequences, the pattern of relationships among species can be inferred, which can then reveal different aspects of their evolutionary history, including where the plants lived in the past.

Chau found that Buddleja originated in southern Africa. From Africa, the group spread in separate events to Madagascar, Asia and the Americas. These movements are believed to have occurred about 10 million years ago, when a warmer climate may have allowed the plants to grow at higher latitudes in regions that connected the continents. Upon reaching the mountainous, complex environments of the Himalayas in Asia and the cordilleras of Central and South America, the group exploded into many new species, producing the diversity observed today.

Understanding how plants evolved and moved across the globe can help researchers explain current patterns of biodiversity and predict how future climatic and geologic changes will affect biodiversity in the future.

See more from the herbarium.