This video was recorded as part of ArtTalk: Conversations on Northwest Native Art symposium in March 2015.

Dr. Robin K. Wright, former director of the Bill Holm Center for the Study of Northwest Native Art at the Burke Museum, presents the Keynote talk for ArtTalk and she reflects on the study of Northwest Coast art styles and the remarkable things that have resulted from the interactions between scholars and artists.

Shaun Peterson (Puyallup/Tulalip artist) and David R. Boxley (Tsimshian artist) later join her in a conversation about Northwest Coast art styles from their own experience. 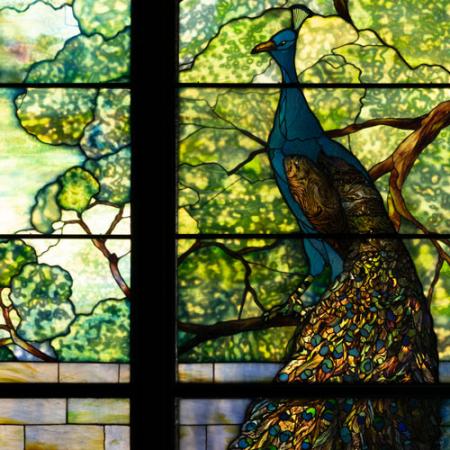 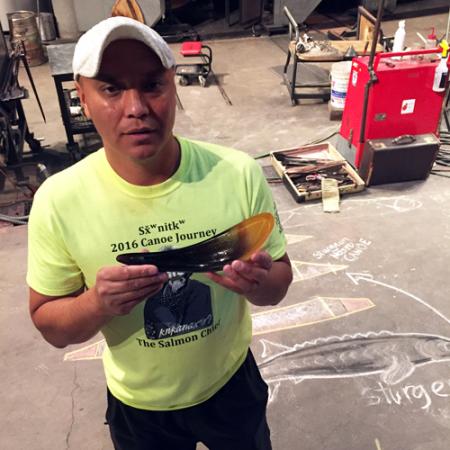 Catching up with Shawn Brigman: From canoes to buffalo horn spoons 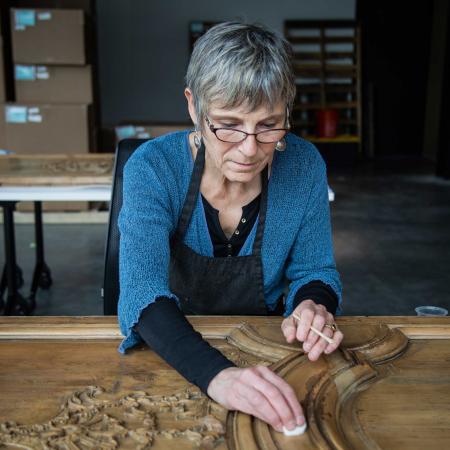 The beloved boiserie panels are being restored with resin, acrylic paint, and a lot of care.