It's a small, small world

A fun "small-world” moment recently happened while packing the fossil preparation lab to move to the new building.

Kelsie Abrams, the Burke’s Fossil Lab Manager, found an apocalyptic painting of a cat skull behind her decades-old desk in the basement fossil prep lab. She turned it over as she was looking at it, surprised to find it was signed by one of the Burke's own paleontology volunteers, Guy Paquin. Kelsie contacted Guy about the painting, but he had no idea how it had gotten to the Burke. An investigation ensued—how on earth did it end up in the Burke Museum's fossil prep lab? 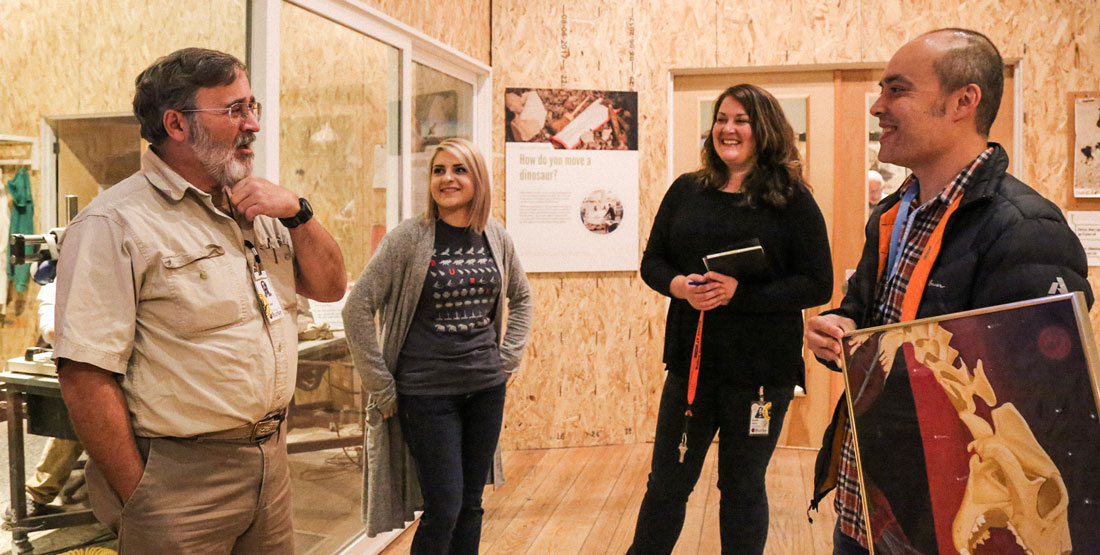 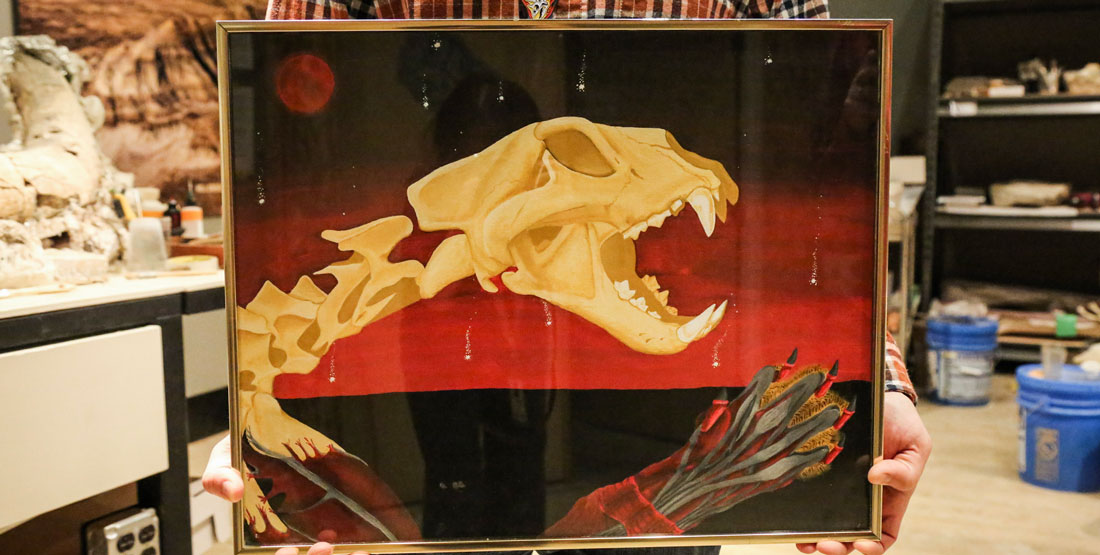 The painting of the big cat skeleton Guy created over 20 years ago. 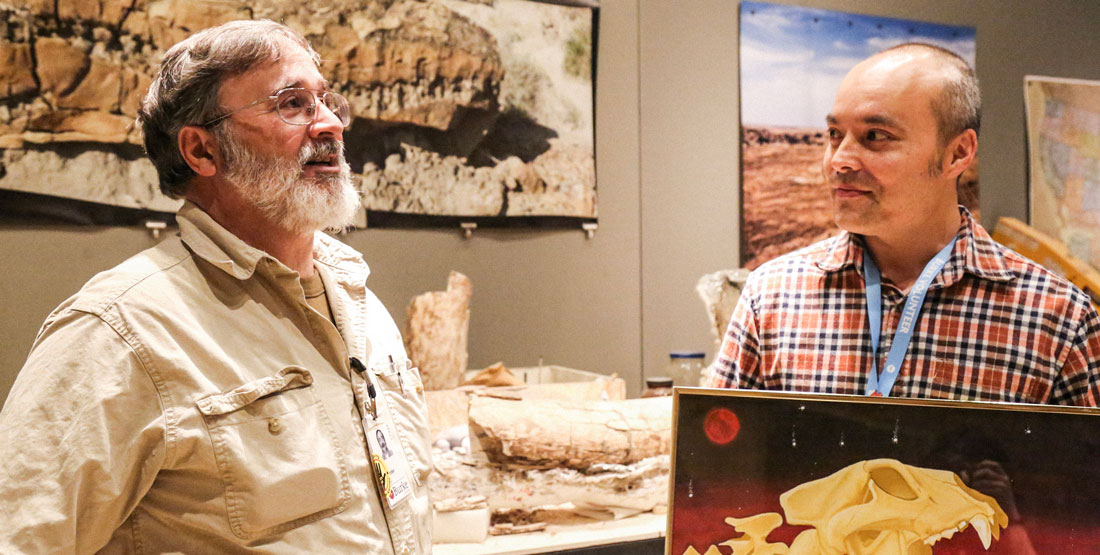 Nearly 12 years ago the painting caught the eye of John Alexander, a Burke Paleontology Research Associate, while he was shopping at a secondhand store in Kent, WA. He recalls that there were several similar paintings there, seemingly the private collection of someone with an appreciation for “bone art." Selecting the best of the bunch, Alexander purchased it to display in his personal art studio before eventually donating it to the Burke, where it hung in the fossil prep lab for quite some time.

Volunteers Guy and Valerie Paquin joined the Burke’s fossil preparation team over a year ago. When Guy arrived for his next volunteer shift, Kelsie showed him the painting and he confirmed that it was one he had made in high school over 20 years earlier! He had eventually donated it to a secondhand store (a different one than where Alexander found it years later) and never expected to see it again, let alone inside the Burke Museum!

Packing and moving to the New Burke has uncovered several unique and surprising items. "As for the coincidence," said Alexander, "consider it to be a case of two local artists who were thinking along parallel lines."