It is important to honor all of the contributions that women and femme-identifying people have made, past and present, that have shaped and continue to shape the world in which we live.

As we learn more and honor women’s contributions to science, it’s important to continue paying our respects beyond Black Heritage Month, to learn about innovative breakthroughs from Black Women in Science from this region. There are Black Women, Indigenous Women, and Women of Color we should celebrate not only in March, but throughout the Western and Traditional measures of time and space.

Here are three women who have or are working to better their communities by applying Traditional and Western sciences.

Alice Ball researched the medicinal effects of kava root extracts for her master’s thesis. She was able to separate the pain-relieving compounds of kava so they could be used in pharmacology. Ms. Ball also developed the “Ball Method” to treat Hansen’s Disease, also known as leprosy, utilizing traditional Pacific Islander botanicals from the chaulmoogra tree. The Ball Method was a groundbreaking therapy for the disease. Ms. Ball was able to synthesize an injectable oil from the chaulmoogra tree that diminished symptoms in patients with Hansen’s Disease. Alice Ball utilized traditional knowledge in conjunction with western pharmacology to alleviate human suffering, and she left the world too soon. Alice Ball’s impacts and contributions are highly revered within the Black and African diaspora, Asian, Native Hawai’ian, and Pacific Islander diaspora, and women in science today. It cannot be stressed enough that women and femme-identifying people of color should be included, and appreciated for their contributions to science and cultural communities.

Alice Ball’s contributions highlight the importance of Indigenous knowledge to our society. Western science is continually revised with Indigenous science, and we are recently understanding and appreciating these traditional applications in contemporary communities of practice. Today, climate science, health, ecology, and aquatic sciences, among others, recognize and embrace traditional knowledge and practices that are making positive impacts on sustainability.

Dr. Miranda Belarde-Lewis is a Zuni and Tlingit Assistant Professor at the University of Washington Information School and an independent curator.  Dr. Belarde-Lewis dedicates her career to telling the stories of Indigenous communities. Her work as a curator includes developing exhibitions that highlight traditional knowledge and Indigenous languages. She has curated exhibits around the Pacific Northwest as well as the Smithsonian Museum.

Dr. Belarde-Lewis also works to make information sciences, like collections management and library databases, more accessible by incorporating Indigenous languages, content, and data available for research by all. She contributes to the Native Northwest Indigenous Knowledge project which seeks to provide access to Indigenous knowledge in science, art, and culture.

The future of women in science involves scientists who are actively defending the delicate balance of wildlife, conservation, and sustainability. The Burke Museum is proud to welcome a scientist and leader doing just that! Dr. Gabriela Chavarria, who is originally from Mexico City, is the new Executive Director of the Burke Museum. Dr. Chavarria developed the “North American Pollinators Protection Campaign" in collaboration with the National Fish and Wildlife Foundation and with Defenders of Wildlife. This initiative has been responsible for the conservation and recovery of black-footed ferrets. You can learn more about her important work in this video from the U.S. Fish and Wildlife Services: Interview with Dr. Gabriela Chavarria, Science Advisor.

Dr. Chavarria is a visionary leader who represents the future of conservation, scientific collections, research, and innovative educational programs that can inspire the next generation of female scientists. 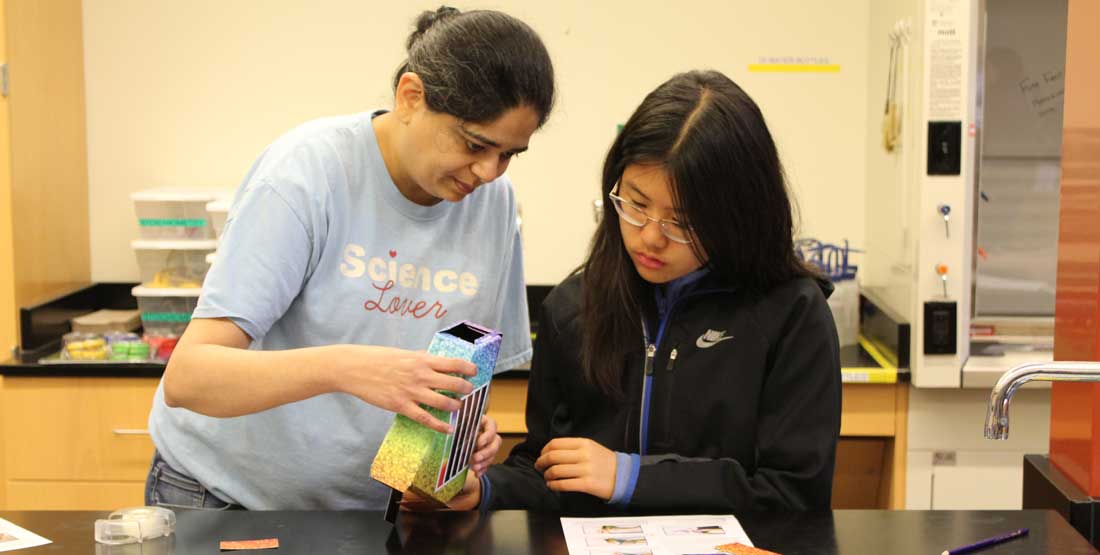 Participants in the Middle School Girls in Science Program. 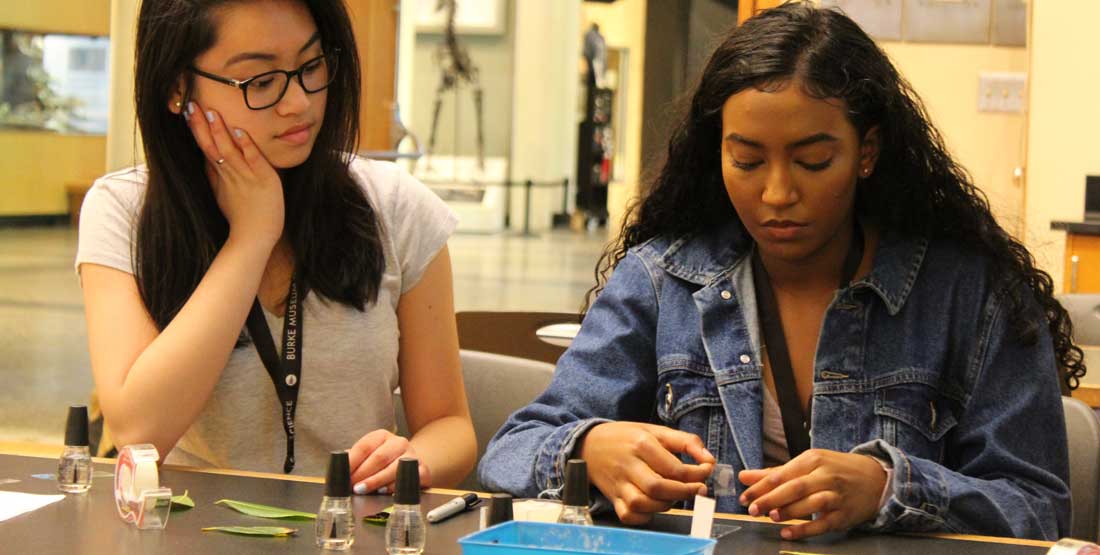 Participants in the High School Girls in Science Program.

The Burke Museum is committed to inspiring the next generation of researchers and engineers. The Burke's Girls in Science program connects middle and high school students with women and femme-identifying scientists, Indigenous Knowledge Holders, and real UW lab experiences.The Girls in Science Program is continually fostered by mentors like Burke Invertebrate Zoology Collections Manager Melissa Frey, Burke Curator of Paleobotany Caroline Stromberg, and Katherine Maslinikov, the Ichthyology (fish) manager of the Burke Museum. Mentors provide a current and contemporary community of science knowledge that young women and our future leaders in science can tap into.

If you are interested in attending this program, or know of future scientists that are interested in STEM resources, here is a virtual slide show and additional resources, such as STEM bags. If you’d like to request a STEM Bag, please reach out and email burked@uw.edu.

Dawn Dailey is the Cultural Outreach Assistant at the Burke Museum, and is a museum educator and independent curator. Dawn is a (un)cool mom of three, and grandmother of two, who gets very happy after a bowl of noodles, a giant cup of coffee, and a slice of warm pie with ice cream.