University of Washington student and Husky football player Danny Shelton is a familiar face at the Burke Museum. As a student he completed several independent study courses at the Burke with Holly Barker, curator of Oceanic and Asian culture, building a stronger connection to his heritage in the process. During that time, Danny became an inspiration for his fellow classmates, encouraging them to utilize the Museum for their own cultural research and leading lessons about Polynesian culture for K-12 students at the Burke and beyond.

An article about Danny’s journey appeared in yesterday's Seattle Times. In the article, Holly said she's "proud of how [Danny] opened the museum's doors for many of his UW teammates, particularly the tight knit Polynesian players, to follow through on his work there." And she is proud. We all are!

As Danny prepares for the NFL draft tomorrow night in Chicago, we want to celebrate his time at the Burke and honor him for the work he’s done and the doors he’s helped open for so many others seeking connections to their cultural heritage.

The following is an excerpt from the introduction Holly gave Danny as the honored guest at our Curators Dinner this past Friday evening.

We honor Danny for the many facets we have all come to know and love during his time at the Burke—attributes beyond his outstanding career as a Husky football player. 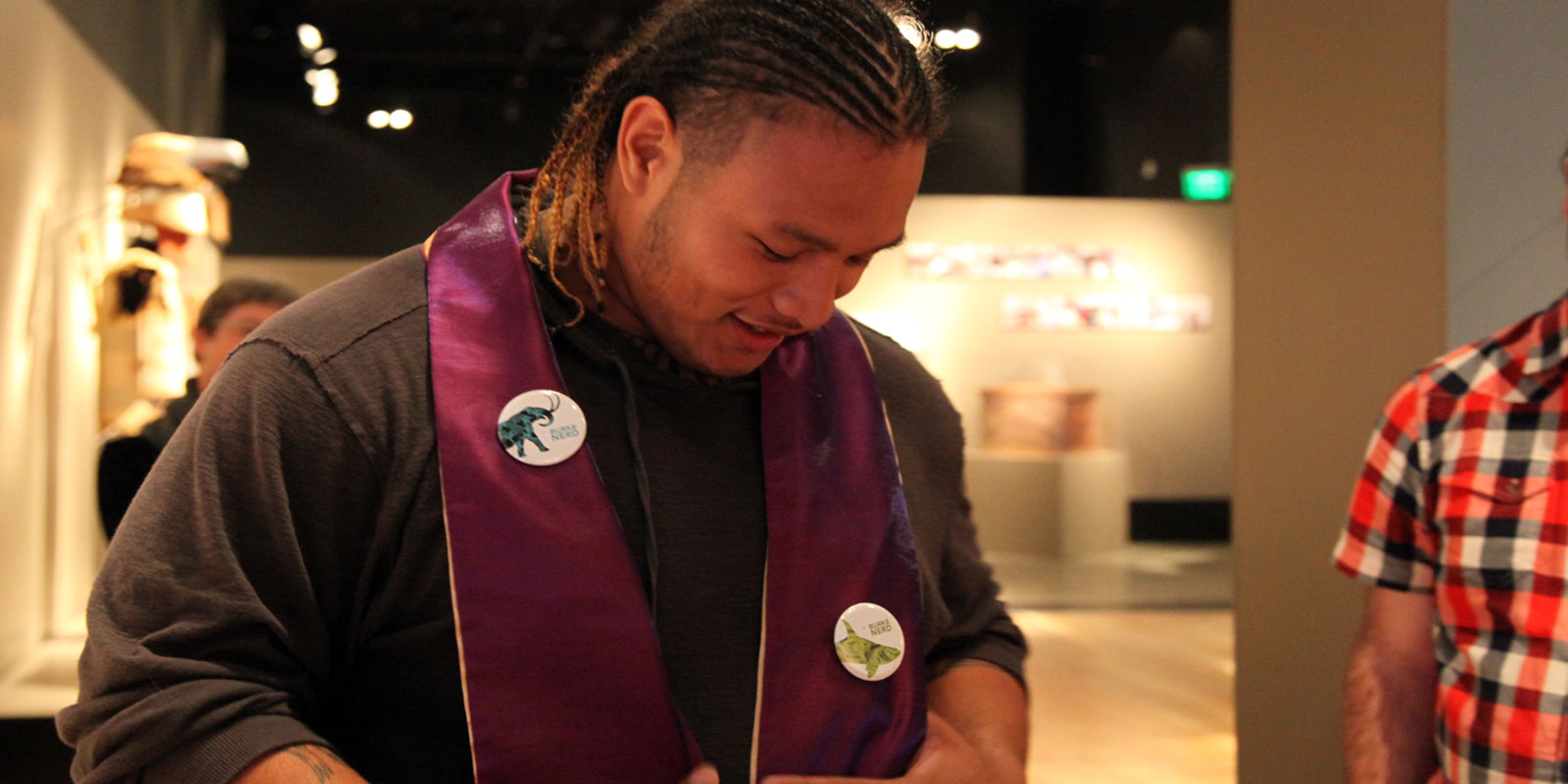 Danny the Researcher, who initially came to the Burke with Hau'oli Kikaha and John Timu to explore the Polynesian objects in our collection, and to connect to and learn about their ancestry and traditions. 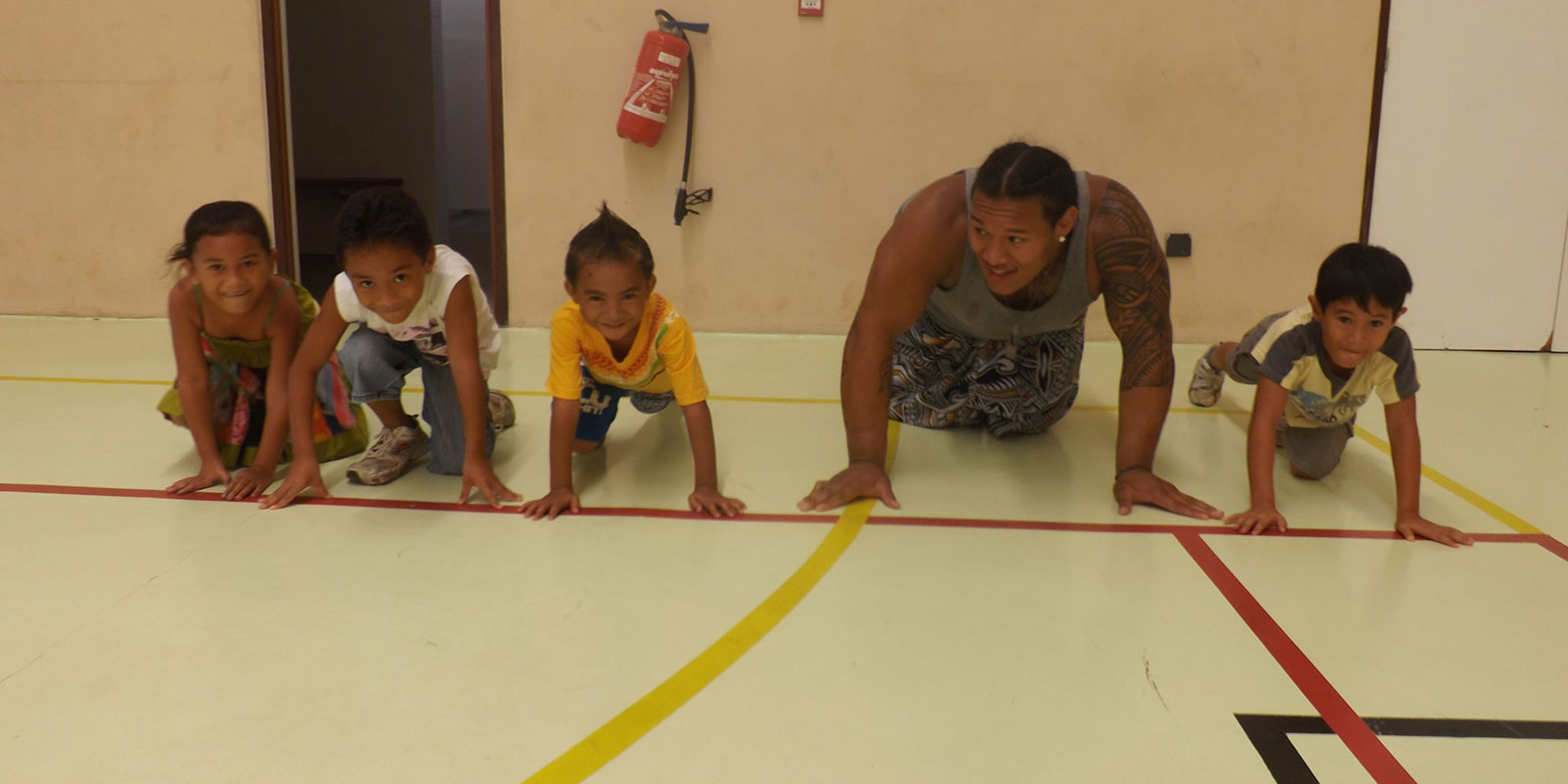 Danny the Teacher, who put the Samoan concept of tautua, or giving back, into practice by interning in the Burke's education division, designing curriculum about Polynesian culture for K-12 students, and conducting tours for Pacific Islander students, the Boys and Girls Club and other school groups. 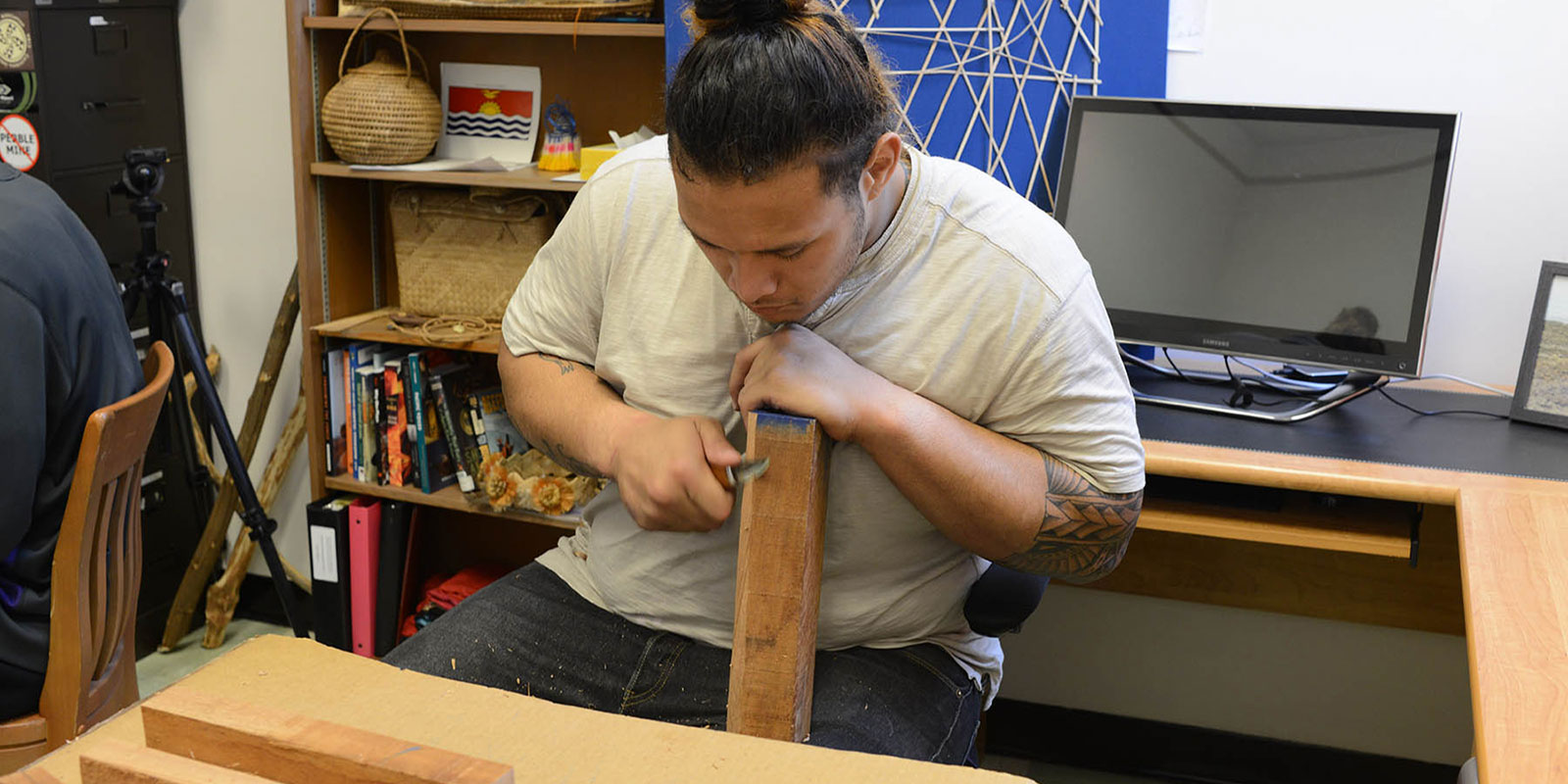 Danny the Carver, who worked with Curator Sven Haakanson to carve an ava bowl and pake drum to gain a first-hand appreciation for the skills, knowledge and ingenuity of his ancestors. 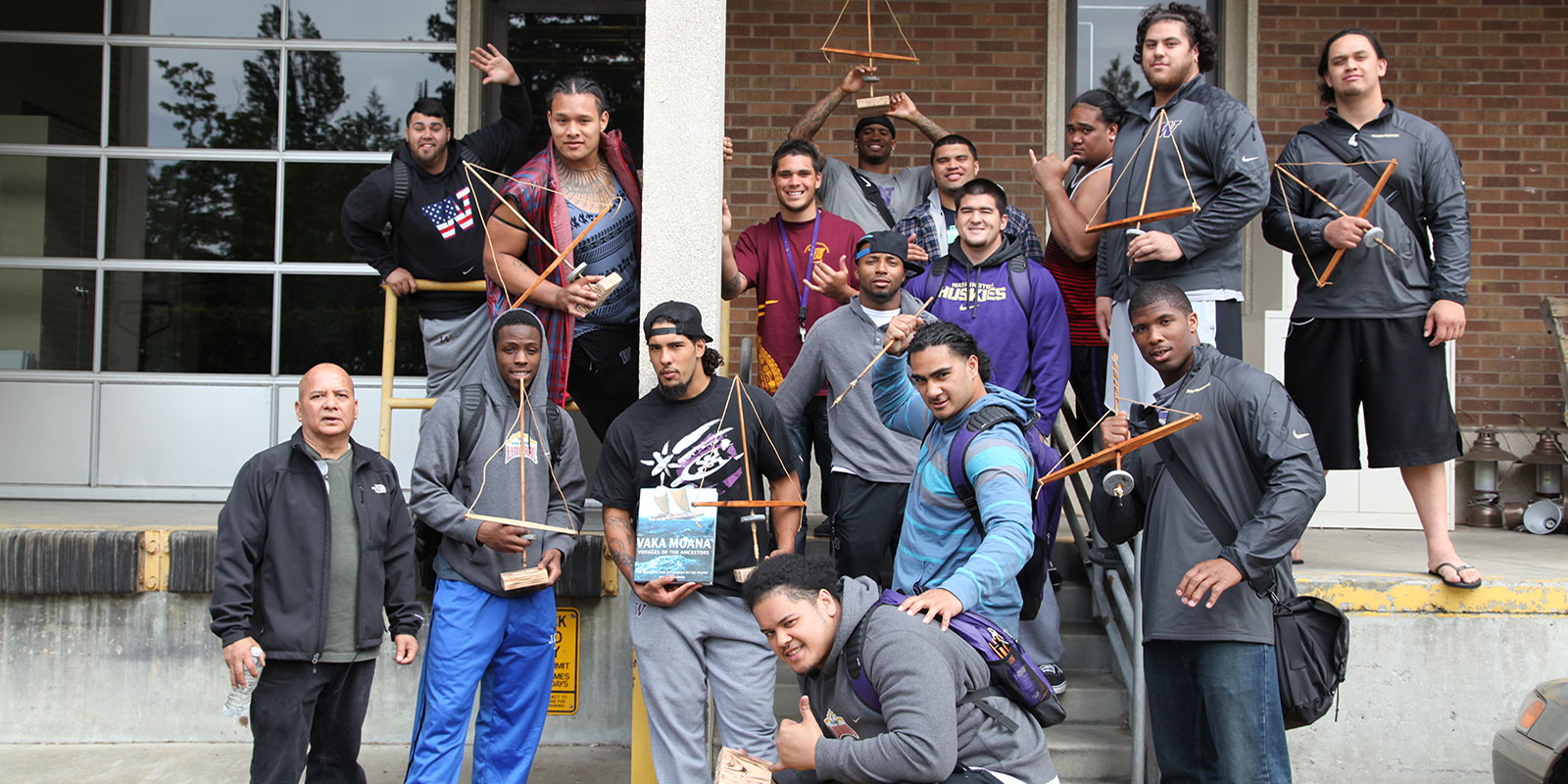 Danny the Community-Builder, who started bringing many of his friends into the Burke once he discovered the kinds of learning opportunities available for students. 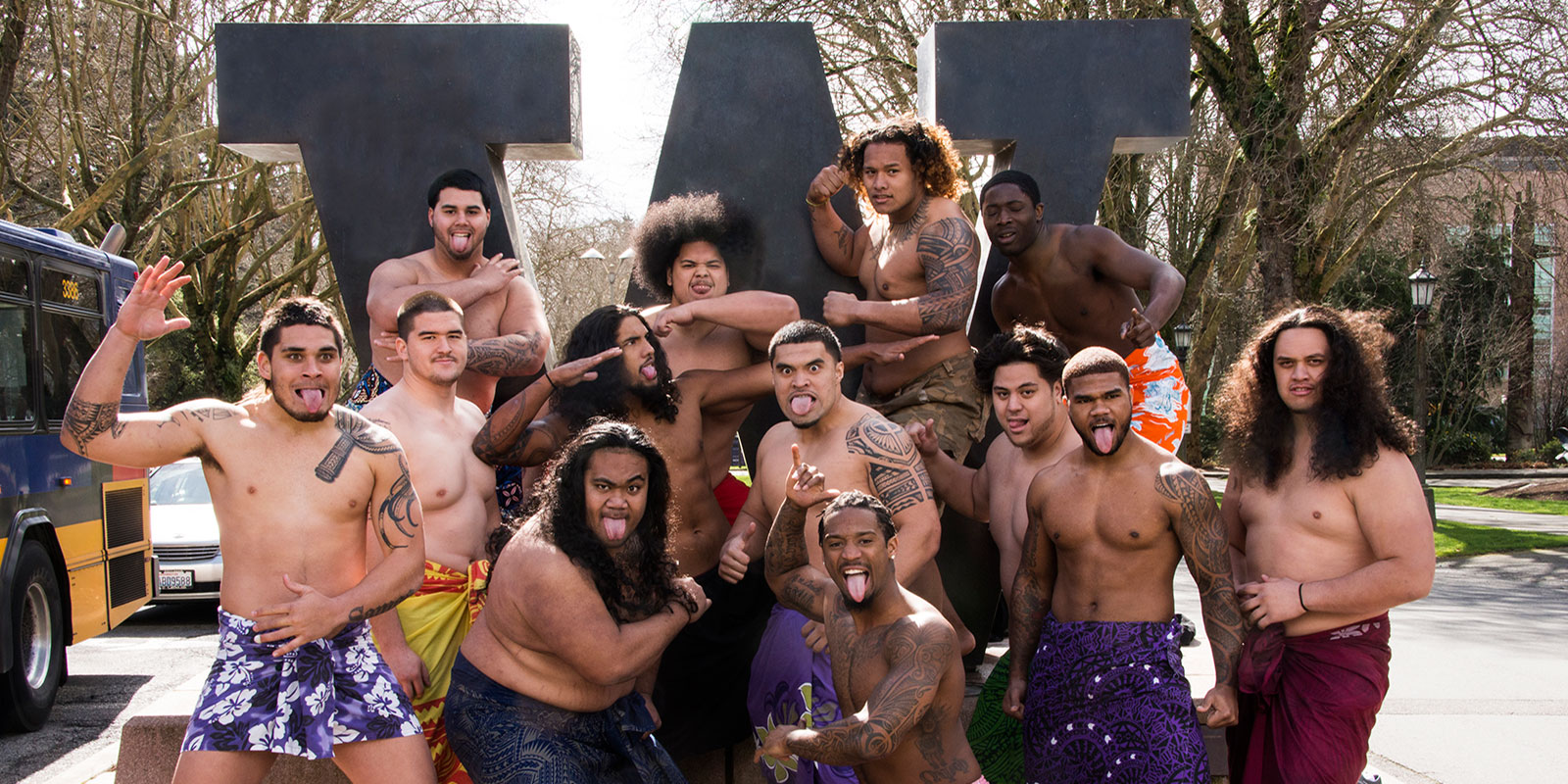 Danny the Curator, who—together with this group—researched objects from the Burke's collection and guest-curated an exhibit focusing on Polynesian identity and tattooing. 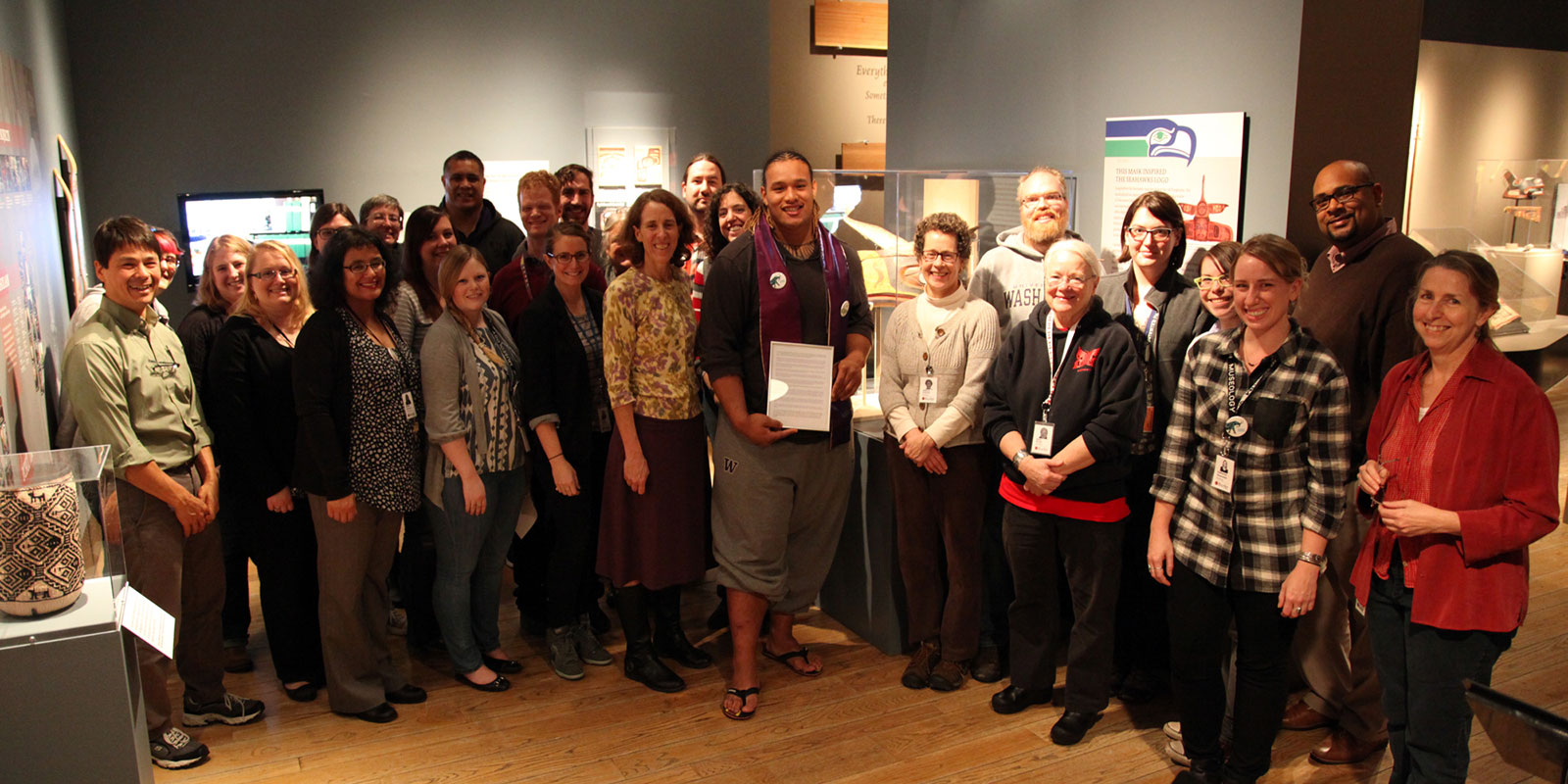 Danny the Nerd, who was presented with a "Burke Nerd Award" after he was selected as first-team academic All-American in addition, of course, to being first-team All-American for his football talents.

Lastly, we honor Danny the Humble, who uses his spotlight to make us laugh, to challenge us to think about critical social issues like domestic violence or child abuse, who respects and values his culture and who inspires each of us to reach out to the person next to us to explore our shared potential.

Not only do we honor you, Danny, but we love you!