Completing the move to the New Burke

While the distance is relatively short (just 480 feet), this has been a monumental effort packing and moving lasting more than two years. 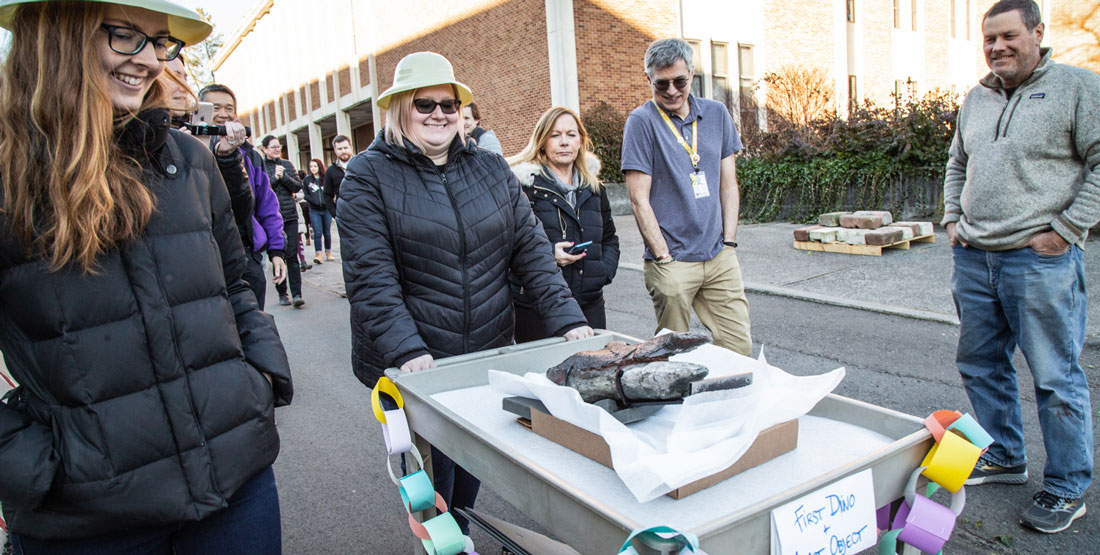 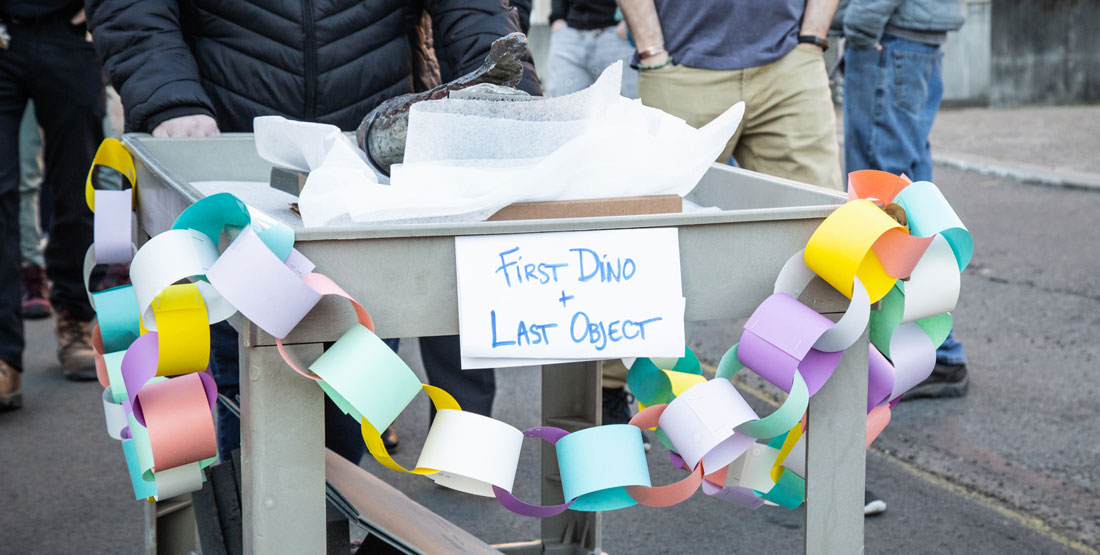 Burke staff and volunteers walk with the fossil to the New Burke. 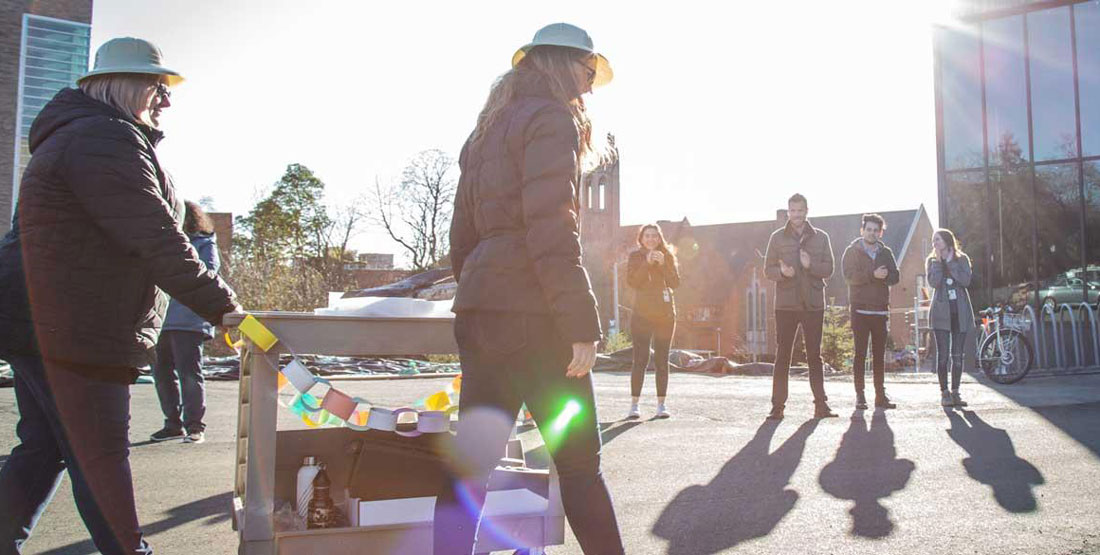 Burke staff and volunteers celebrate moving the final object out of the former Burke Museum and into the new building.

As we gear up for opening in fall, we're working hard to unpack objects in the new collections spaces, fabricate and install exhibits and complete the landscaping surrounding the New Burke.