Auctioning off the naming of a new plant species

When Herbarium researcher Mark Darrach received photographs of a plant species he didn’t recognize, he decided to investigate.

Mark traveled to just north of Leavenworth where this plant was initially discovered. The minute he saw it in the field, he knew they had something new in front of them. When he returned to the Herbarium, he was pleasantly surprised to find a specimen of a similar plant that was filed under an existing species name.

“The person who collected it recognized it was something different and added an annotation tag on the specimen here, that suggested that it needed to be followed up on but nobody had followed up on it yet,” said Mark.

The species that this plant was originally identified as is low to the ground, and has an umbrella of purple flowers. But the plant Mark found in Leavenworth has yellow flowers, can grow up to 3-feet tall, and has other unique characteristics that allow it to be distinguished as a new species. 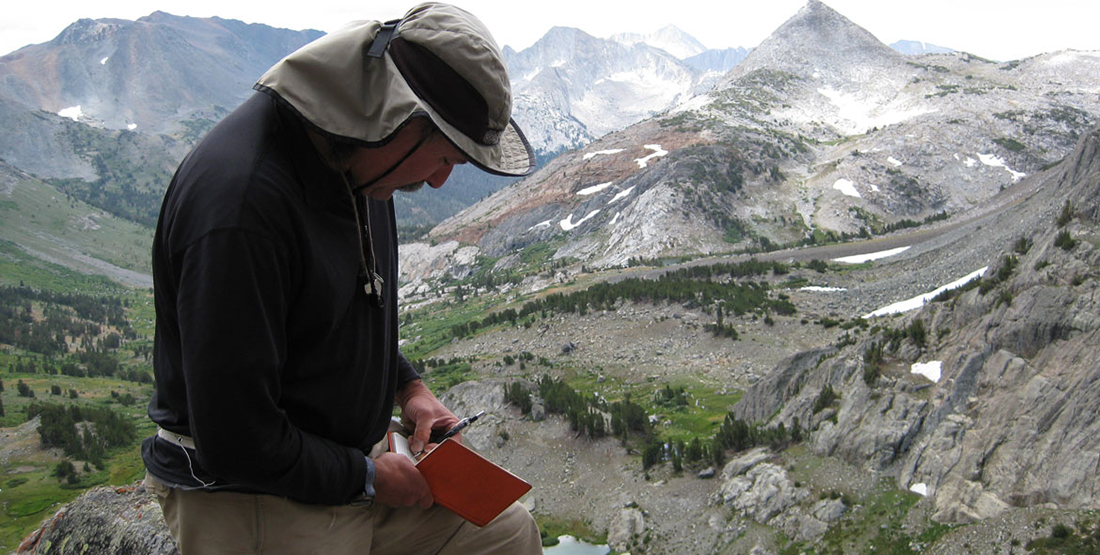 To name this new species, Mark is trying out a unique approach—auctioning off the naming rights. In association with an environmental education society called The Wild Society, Mark is auctioning off the naming rights as a fundraiser. Finding ways to fund field work and research can be challenging, and so this auction is a novel approach that Mark hopes will take off. 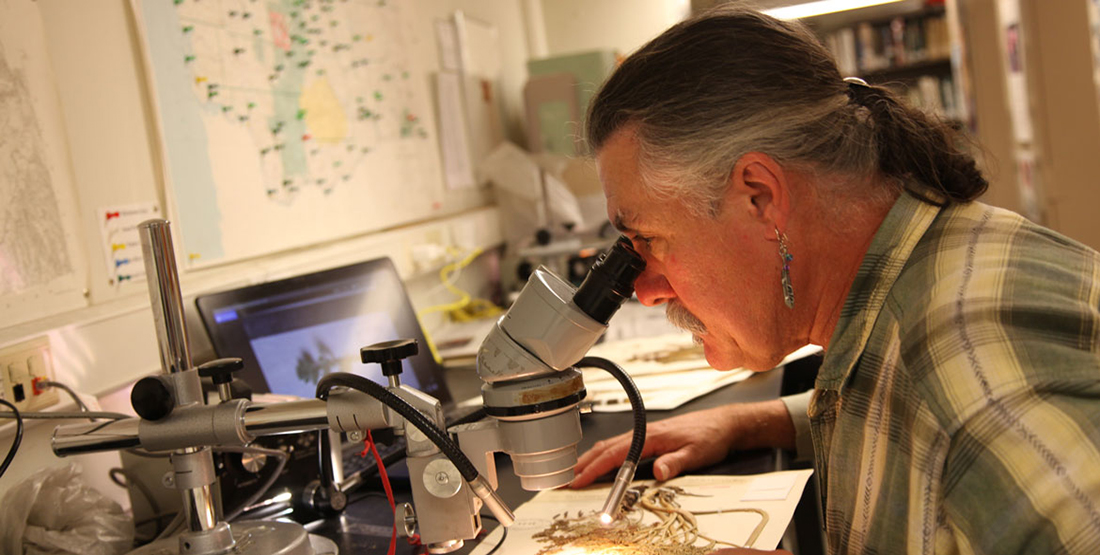 Mark Darrach studies the new plant in the Plants & Fungi.

Check out the auction, and learn more about the Herbarium!