Archaeology In the Field

Archaeology can help us better understand our world, but it is also impactful to community. This Burke mini-exhibit considers people, relationships and the interconnected histories of belongings, new and ancient. The Burke Museum's latest mini-exhibit highlights the culture of of the Eastern Highlands and the UW anthropologists who surveyed the area in 1966-67 as part of the Micro-evolution Project.

J. David Cole, at the age of 24 with only an undergraduate degree, was selected as the lead archaeologist because of his fluency in Tok Pisin, along with his previous travels and work experience in what is today Papua New Guinea, the independent nation comprising the eastern side of the island. This video highlights his experience, but recognizes that community strength and relationships should be the backbone of future research. New Guinea, the world’s second largest island, has a fascinating natural and cultural history.

People first arrived there by sea voyages from Southeast Asia when it was connected to Australia as the Pleistocene continent Sahul, over 50,000 years ago. Since then, people have been alternately isolated and connected with the rest of the world, which has helped develop and preserve incredible cultural and linguistic diversity, with over 800 living languages spoken there today.  The highlands of New Guinea were one of the few places where people invented agriculture—independent of the Near East, China and the Americas—7,000-10,000 years ago, and domesticated plants like bananas, taro and yams.

Despite New Guinea’s rich potential, archaeological research is still in its infancy. The materials at the National Museum in Port Moresby and those held in trust here at the Burke are being accessed by new generations of archaeologists, both indigenous and foreign, to learn more about New Guinea’s unique history.

This Burke mini-exhibit is part of Uncovering Pacific Pasts: Histories of archaeology in Oceania, an international exhibition in collaboration with more than 30 collecting institutions from around the world. 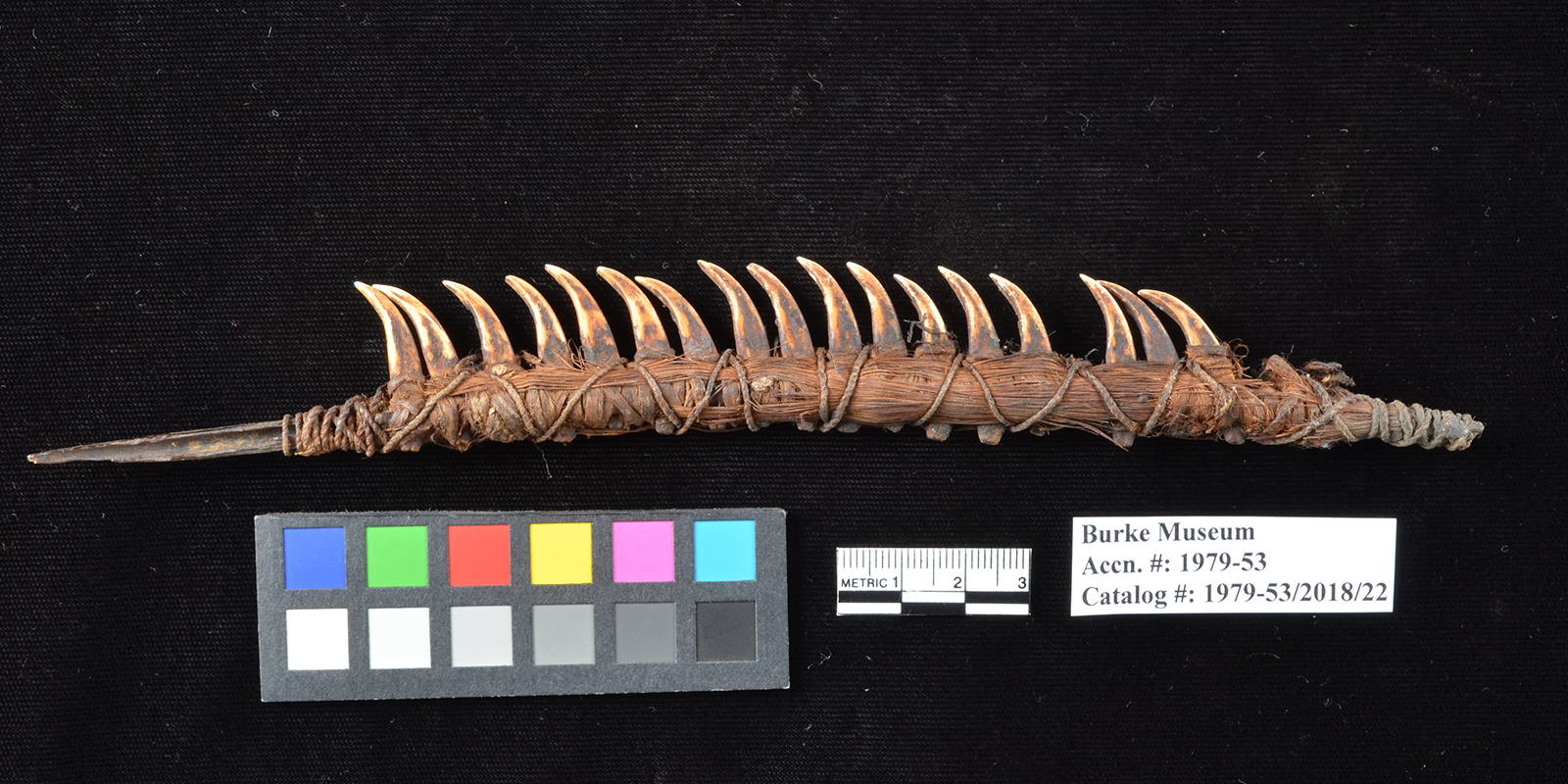 Serrated composite knife consisting of seventeen ground dog teeth set into bone and bound with plant material along one side. Collected in 1967 by David Cole in Eastern Highlands village. 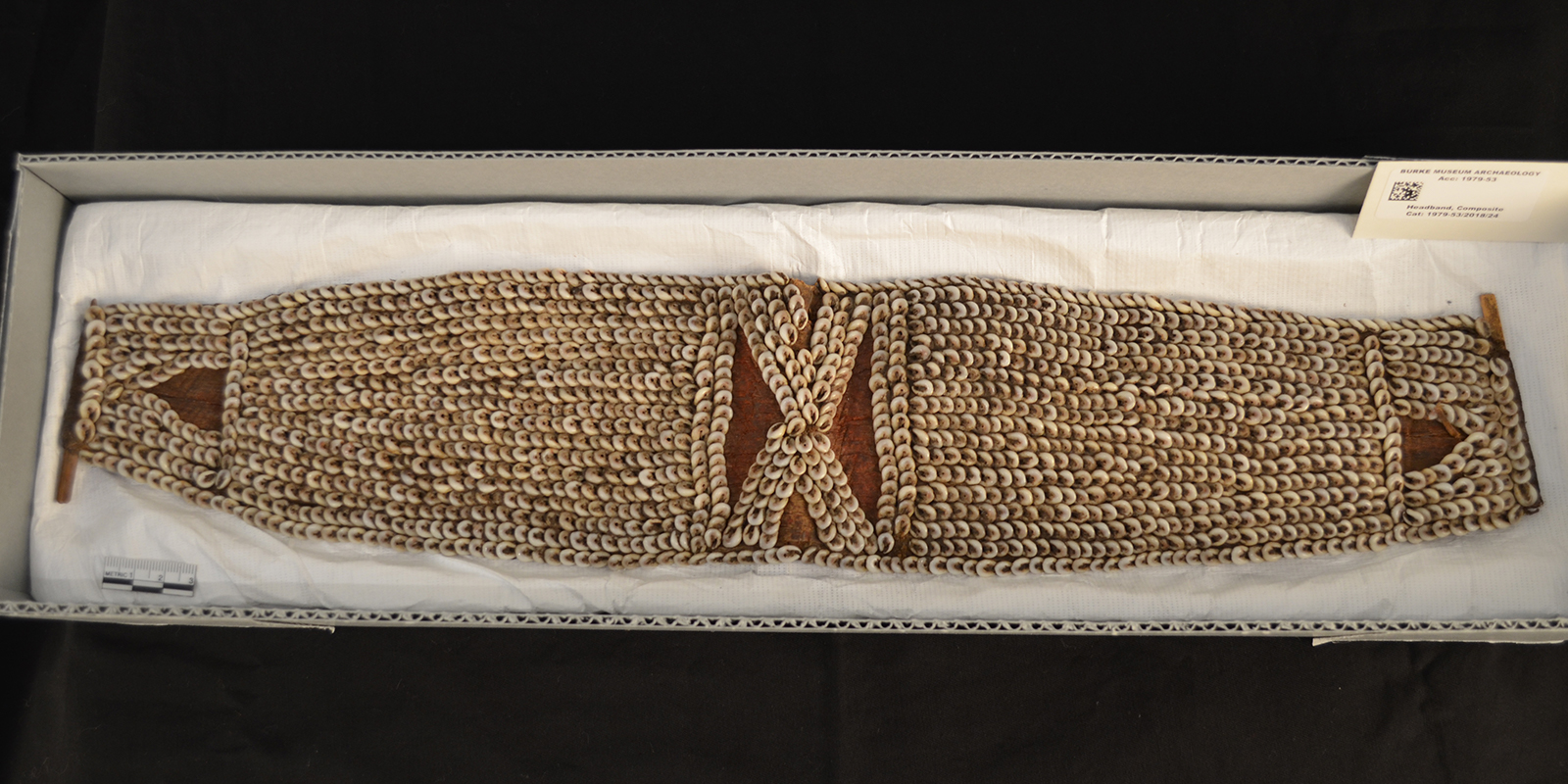 Headband consisting of a bark backing with a sewn pattern of nassa shell. Collected in 1967 by David Cole in Eastern Highlands village. 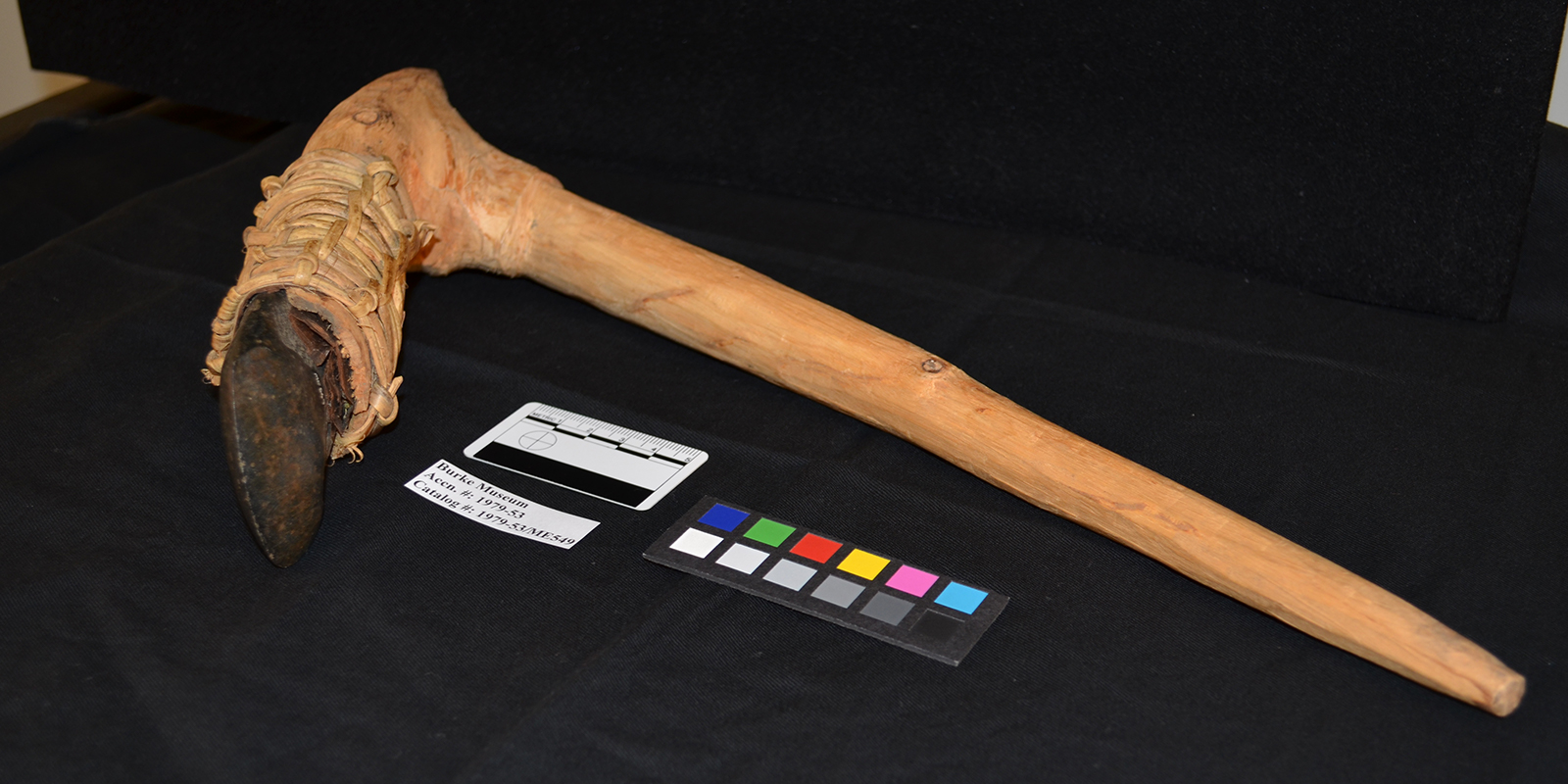 A Stone adze blade surface collected in 1967 from the upper area between the Site NFA and Karamua (#24). Adze blade like these are found in ancient archaeological sites and were still being made and used in the late 1960s when Cole worked there.