Myth: Tarantulas are dangerous to humans

Myth: Tarantulas are dangerous or deadly to humans.

Fact: Outside of southern Europe (where the name is used for a wolf spider, famous in medieval superstition as the alleged cause of "tarantella" dancing), the word tarantula is most often used for the very large, furry spiders of the family Theraphosidae.

Hollywood is squarely to blame for these spiders' toxic-to-humans reputation. Tarantulas are large, photogenic and many are easily handled, and therefore they have been very widely used in horror and action-adventure movies. When some "venomous" creature is needed to menace James Bond or Indiana Jones, to invade a small town in enormous numbers, or to grow to gigantic size and prowl the Arizona desert for human prey, the special-effects team calls out the tarantulas!

In reality, the venom of these largest-of-all-spiders generally has very low toxicity to humans. I myself was once bitten by a Texan species and hardly even felt it. None of the North American species or those commonly kept as pets are considered to pose even a mild bite hazard. There have now been a few credible reports of moderate illness from the bites of a few African and Asian species that are definitely not standard pet store material. However, other people bitten by these same species reported no more than an initial "ouch" and perhaps a little muscle cramping.

The only health hazard posed by keeping common pet tarantulas comes from the irritating hairs of the abdomen (in New World species), which can cause skin rashes or inflammation of eyes and nasal passages. To prevent such problems, simply keep tarantulas away from your face and wash your hands after handling one.

Compared to common pets such as dogs, tarantulas are not dangerous at all. (For more information, see the American Tarantula Society).

Not dangerous to humans 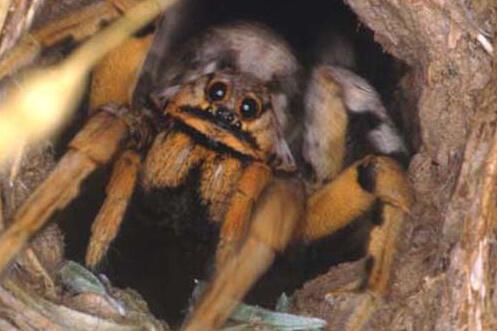 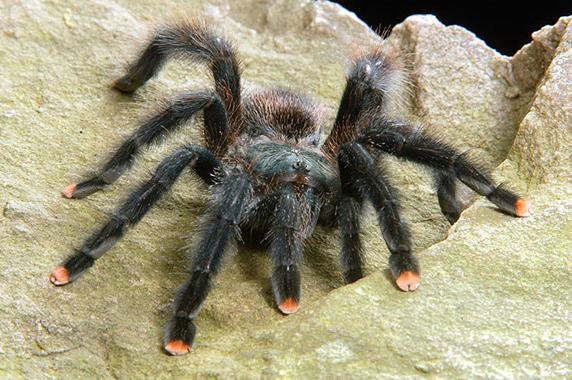