Out of Washington's 920+ spider species, 50+ harvestman species, and goodness knows how many mites and pseudoscorpions, these are two of the strangest-looking arachnids I've seen so far! 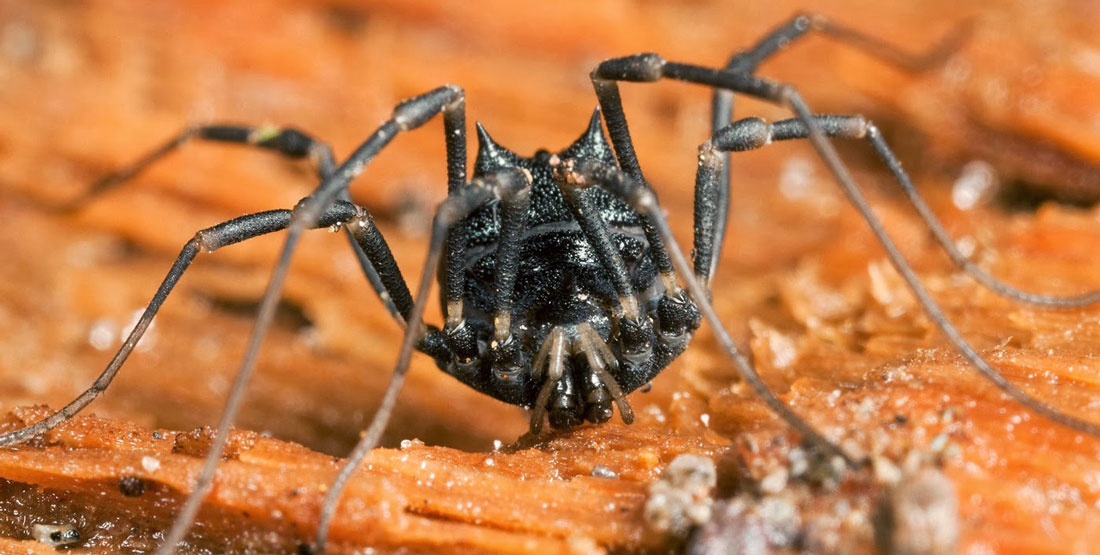 On September 3, 1974, I was on a cave-hunting trip with two friends, following up a rumor of a cave at the base of a waterfall near Mossyrock, Washington. The "cave" proved to be a case of over-active imagination, but under wet rocks in the spray zone of the falls I collected several spiders and a 5-mm-long black harvestman with medium-length legs. [Please note: harvestmen are not spiders! They are a separate order of arachnids, just as butterflies belong to a separate order from beetles.]

Back in the lab at the Burke Museum, I realized that the harvestman was like nothing I'd ever seen before. The tall thorn-like points rising from the body and eye tubercle made it resemble something from the Amazon, not a southwest Washington streamside! 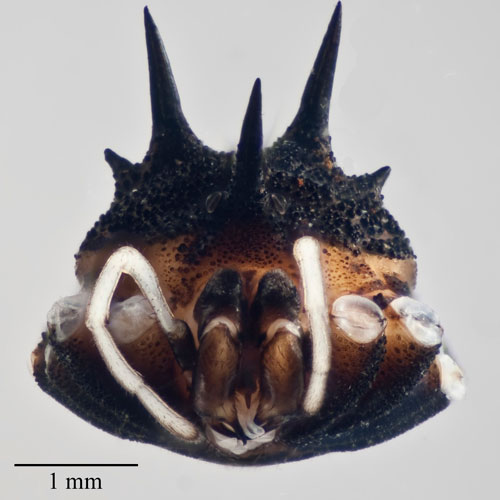 I later sent the specimen to Dr. William Shear, an expert in the most closely related known group. Bill wrote back that the "weirdo from the waterfall" was "clearly a new genus." Unfortunately, I found no more specimens, and one female wasn't enough to name the genus or species or determine its relationships.

Fast forward ten years. On July 17, 1984 I retrieved pitfall traps I had set the day before in Ahlstroms Prairie, a unique habitat on the coast of the Olympic Peninsula. In one trap I found another solitary female of the weird spiky harvestman.

Unknown to me, during that same summer, naturalist Frank Merickel found several more walking at night along mountain stream banks in Idaho. Merickel's collections finally included some males. Based on these, Bill Shear named the genus Acuclavella ("acute little spines" in Latin) in 1986. But there was still no way, without males from Washington, to tell if our species were different; and to this day, I've never found another one.

Twenty-four more years went by until graduate student Casey Richart finally zeroed in on a way to reliably find Acuclavella in their habitats. He found 41 populations in the first 55 localities checked!

Based on new material, and combining physical and molecular characters, he determined that both of the specimens I found represented separate new species. In June of 2013, the paper naming those species appeared in the journal Zookeys. They belong to a major group called Ischyropsalidoidea, with members scattered around North America and northern Eurasia, none of which look even remotely like Acuclavella!

The first species, Acuclavella leonardi, is now known from 5 stream-bank sites in the southwest Washington Cascades. It was named after Washington naturalist Bill Leonard, who "got [Casey] into turning over logs in the first place." 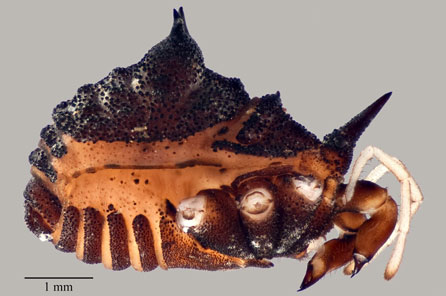 The second species, Acuclavella makah, is now known from 7 sites on the Pacific side of the Olympic Peninsula. It is named for the indigenous people of that area, the Makah Tribe.

It took 39 years from that day by the waterfall, but two of our strangest arachnids finally have names. 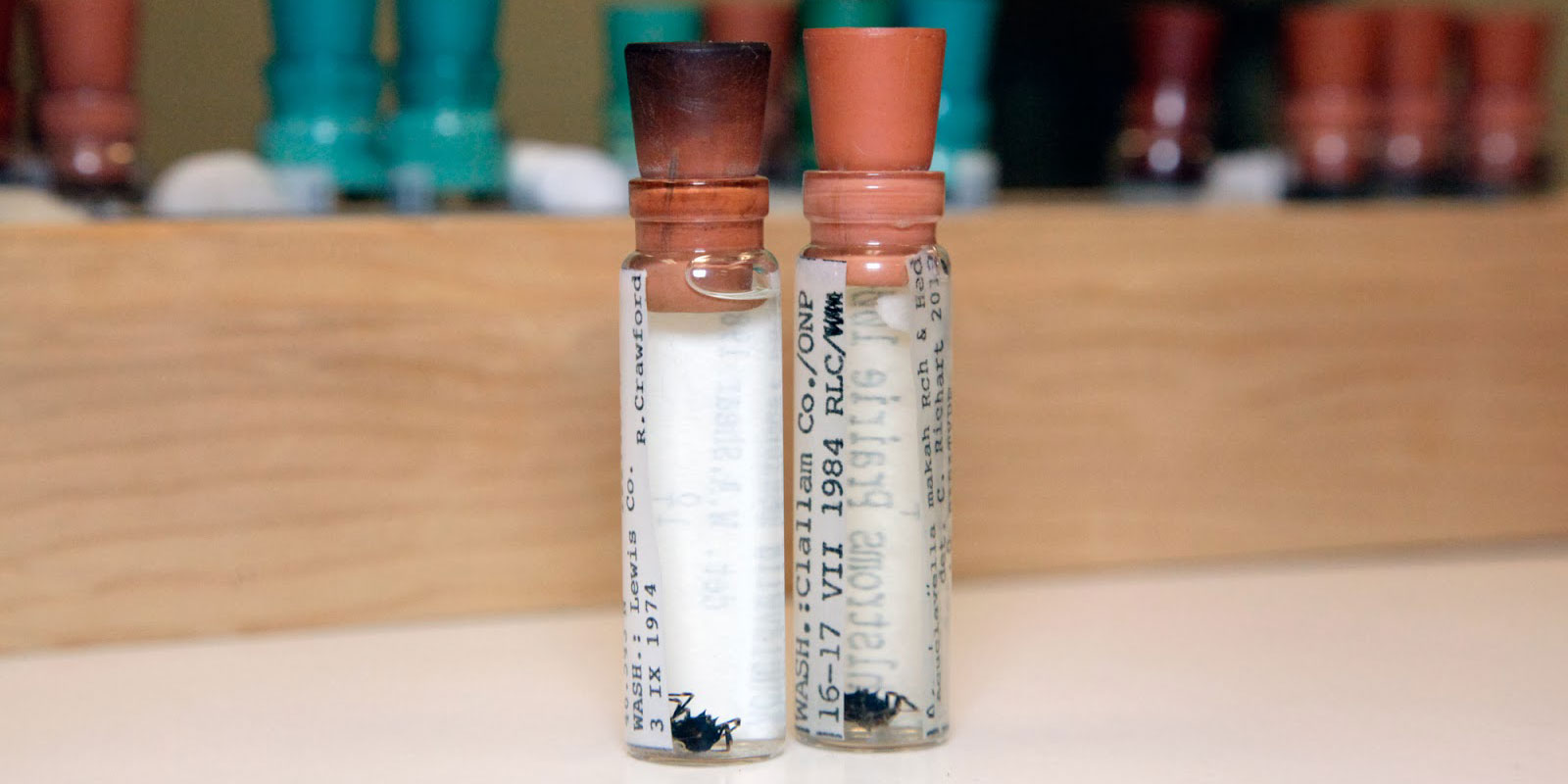 The two harvestmen in the Burke Museum's Arachnology collection.

Interested in more about arachnids? Check out Rod's Spider Myths website for myths, misconceptions, and superstitions about spiders.