Many people try to avoid spiders, but spider enthusiast Bob Thomson sought them out and collected them for the Burke Museum—contributing more than 9,000 specimens and hundreds of photographs! So when I heard that my old friend and colleague had died, I thought his story should be shared, and put together the following from my recollections and with some help from his son Jonathan. 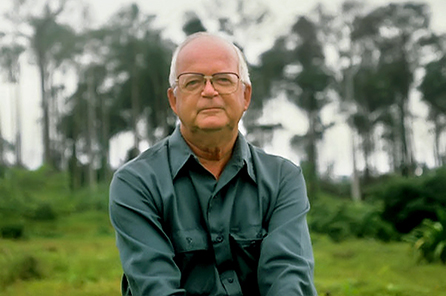 Bob's son, Jonathan Thomson, captured this photo of his father in Sumatra.

After service in World War II, J. Robert Thomson (1922–2002) married (he eventually had five children) and first pursued a career in classical music, conducting symphonic orchestras, before abandoning that for teaching in the early 1960s.

Bob became interested in collecting, rearing and photographing spiders in his earlier forties, around 1963. He soon encountered the sad lack of any spider ID resource for beginners, so he decided to concentrate on photography and leave the ID to others. For North American spiders, the "others" eventually became me.

From 1964–1966, Bob collected Northwest spiders while he taught school at Rainier High School in rural Thurston County, Washington, and lived in a rented farmhouse. This was his most productive period of Northwest spider collecting, and for a long time this remained the largest local spider sample in the Burke's Arachnology collection. He was still learning spider photography, but one of his brilliant achievements during this period was a complete series (at least three rolls of film) showing Argiope trifasciata constructing her egg sac. 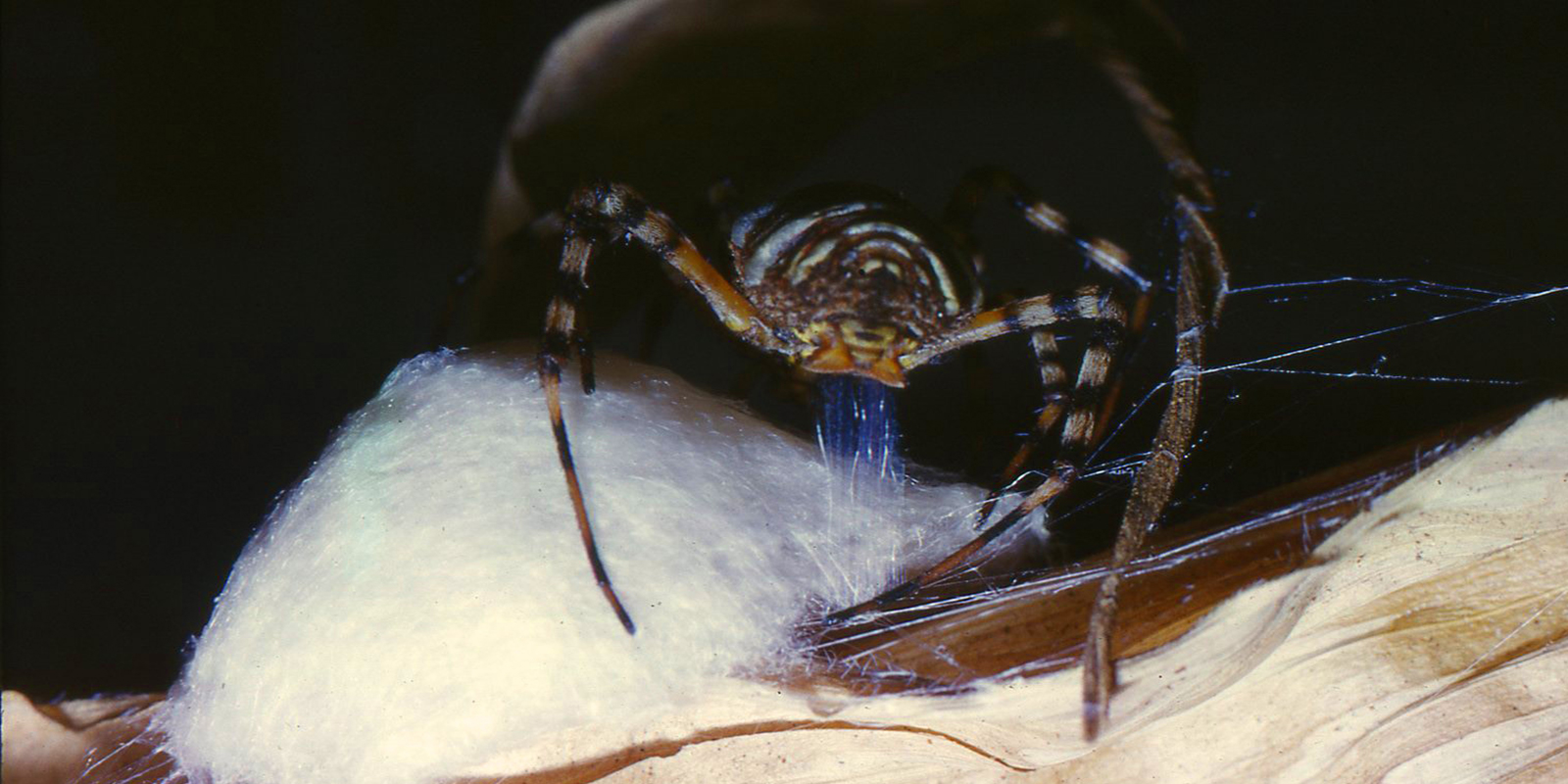 Former Burke entomology curator Melville Hatch introduced me to Bob, who was teaching science and math in Kenmore, in 1972. Bob and I went on a few field trips together before he began his most extensive series of foreign travels.

Bob was calm and deliberate, with a distinctive voice and a dry sense of humor. He took kidding in good part, and I often had to kid him about being the world's worst specimen labeler. He never changed his habit of labeling collected specimens with a date and a one-word reminder of the locality.

The label says "Larsen." Where is it? That’s the Seattle home of a friend with that name. The label says "ITCI": who would ever guess it meant the International Timber Corporation of Indonesia compound outside Balikpapan, Borneo? Fortunately, I got together with Bob on more than one occasion and made him interpret all these code words. Thus, the 9,000 specimens he donated to the Burke Museum kept their scientific usefulness.

Eventually, Bob tired of the relatively muted colors of most Northwest spiders and became interested in collecting in the tropics, inspired by brief vacation visits to Colombia and Malaysia. To spend more time in the tropics than a schoolteacher could easily afford, he got a job with International Schools Services (ISS), which operates Western-style schools for American-based corporations in developing nations.

While working for ISS, Bob spent a year teaching in Haiti, which he found biologically disappointing due to severe deforestation, and then taught for three years in the Indonesian province of East Kalimantan on the island of Borneo—which he found to be a paradise of biodiversity. He told me that being the one man collecting spiders near Balikpapan made him feel like "a one-armed paper hanger trying to work in a typhoon."

When I sent about 30 of Bob's Borneo specimens to a Dutch worker specializing in the small family Pholcidae (cellar spiders), she was astounded at the diversity: nearly every one was a different species. An ant mimic jumping spider from Bob's Borneo work was named after him: Indomarengo thomsoni. 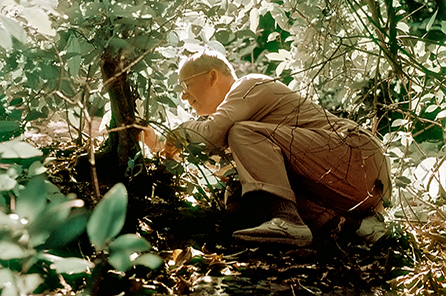 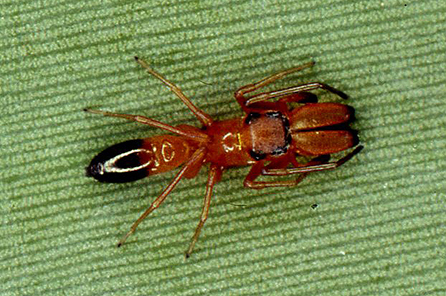 Eventually Bob found an opportunity to leave the USA permanently (except for visits) and settled in Townsville, northern Queensland, in the tropical part of Australia with a successful waterbed business. From then on, my contacts with him were only occasional, but he deposited most of his collections and photos up to that time with the Burke. Bob continued to collect in the 1980s and 1990s (from South Africa to Sumatra), but those collections went elsewhere. 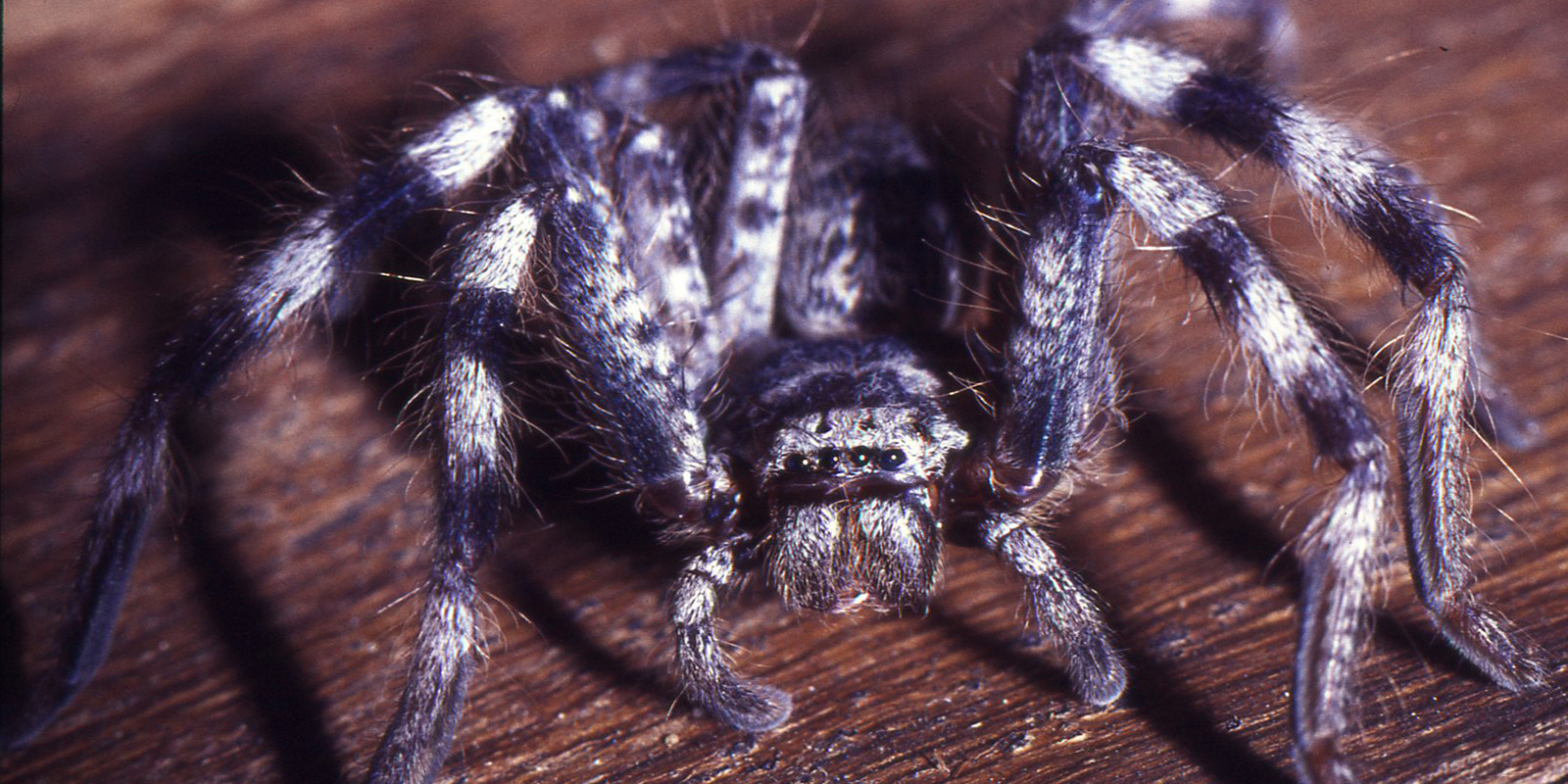 Bob's donation remains the second-largest gift of spider specimens we've ever received, and the largest not collected as part of a University of Washington project. Nearly all of the Burke's spiders from the tropics, and most of what we have from outside of the Northwest, were collected by Bob. His donation includes our only specimens of several arachnid groups, such as the rare Indo-Malayan harvestman family Sandokanidae; his specimens were a new species.

The Burke also has many hundreds of Bob's spider photos. All are on 35 mm slides, taken with what today would be deemed very primitive equipment: a 35 mm film camera with bellows and extension tubes, and all settings and adjustments manual (very cumbersome to use). 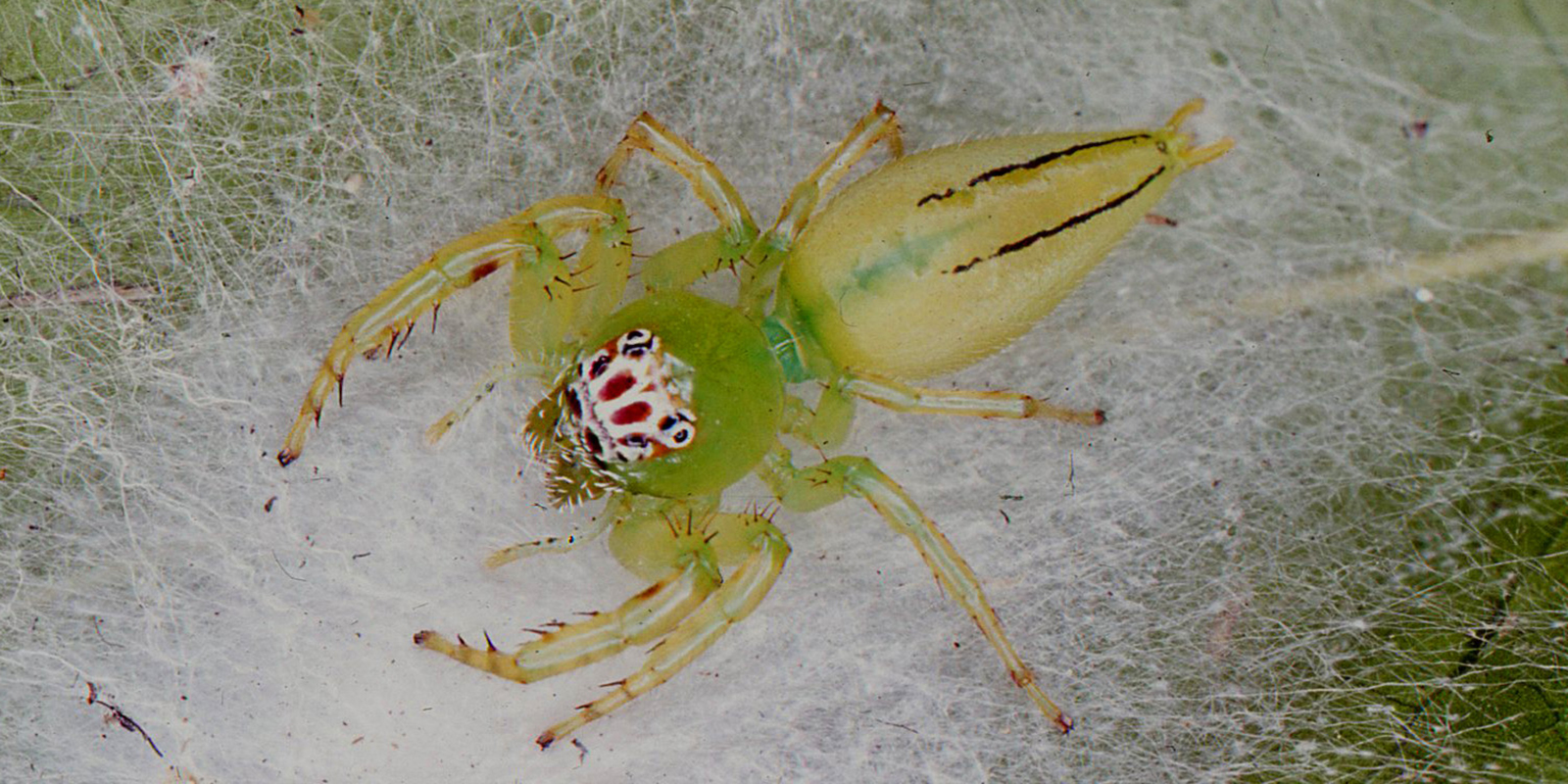 So, how did he get such stunning and sharp macro-photos of small spiders under field conditions using this equipment? The answer is, he mostly didn't. He collected the photogenic spiders alive, brought them home (whether home was in Balikpapan, Townsville or Port-au-Prince) and photographed them on houseplants! Only a few of these great photos are digitized at present. Someday I'd like to get them all digitized and archived.

Writing this really brought back memories. I look at Bob's picture and can just hear his voice making some dry, witty comment. He is certainly missed, but his specimens and photos live on.

Learn more about the Arachnology + Entomology Collections at the Burke or check out the Spider Myths website for myths, misconceptions and superstitions about spiders.