So close, yet far away: San Juan Islands bats

In the Field Mammals

The loss and fragmentation of habitats caused by human activities is one of the greatest threats to biodiversity. Understanding the factors that make species vulnerable to such threats is critical to conservation and management. 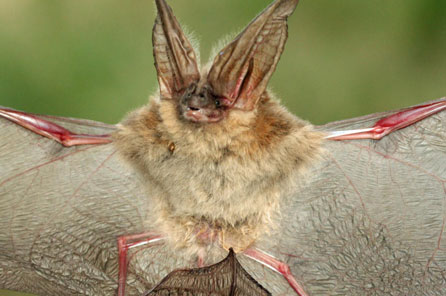 Bats are commonly thought to be less susceptible to habitat fragmentation because of their ability to fly. While all bats do fly, different species need substantially different foods and environments to survive, which can severely decrease their ability to cope with habitat fragmentation. Can ecological differences among bat species predict which ones are most vulnerable?

Answering this question is vital to bat conservation and society: bats fulfill many important ecological roles, such as being the primary predators of nocturnal insects, including pests.

The naturally fragmented landscapes of the San Juan Islands are an ideal setting to study the effects of geographic barriers on bats. Rochelle Kelly, a University of Washington (UW) graduate student working with Dr. Sharlene Santana, Burke Museum curator of mammals, is documenting which species occur among the islands to address whether island size and degree of isolation affects species diversity. She is also examining the diets of San Juan Islands bat species and the habitat types they rely on for foraging. 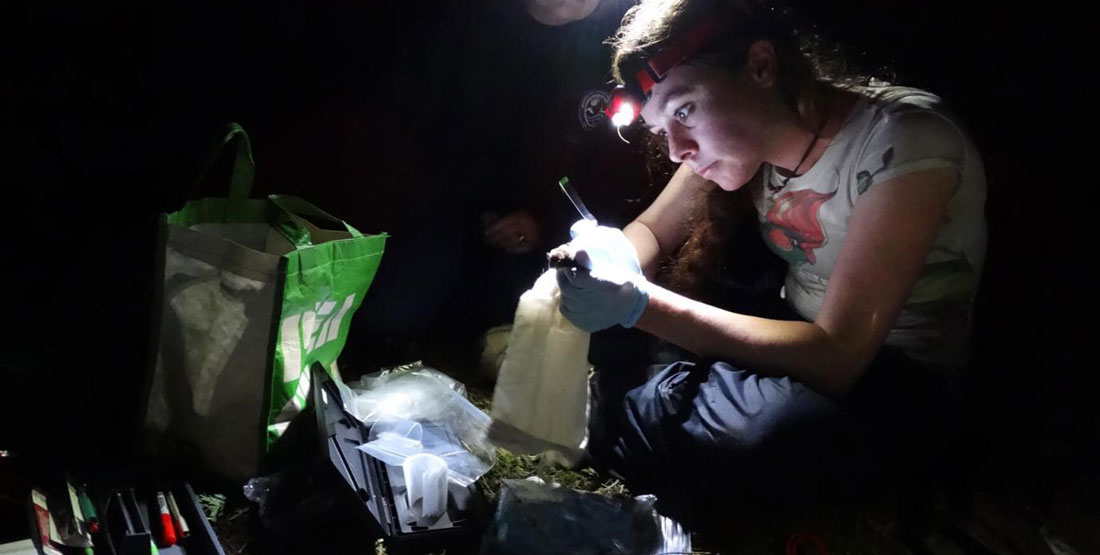 A woman researcher with her tools in the field at night 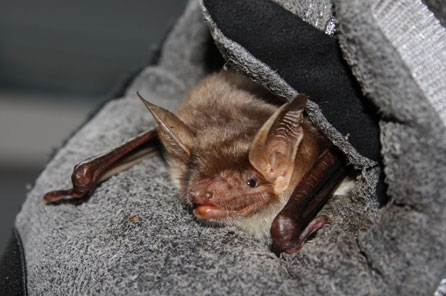 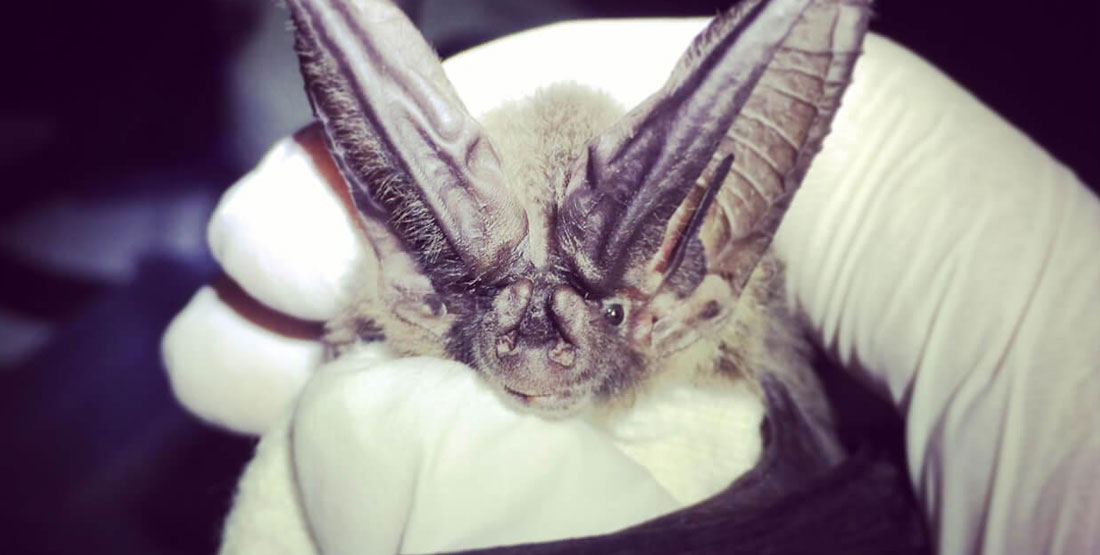 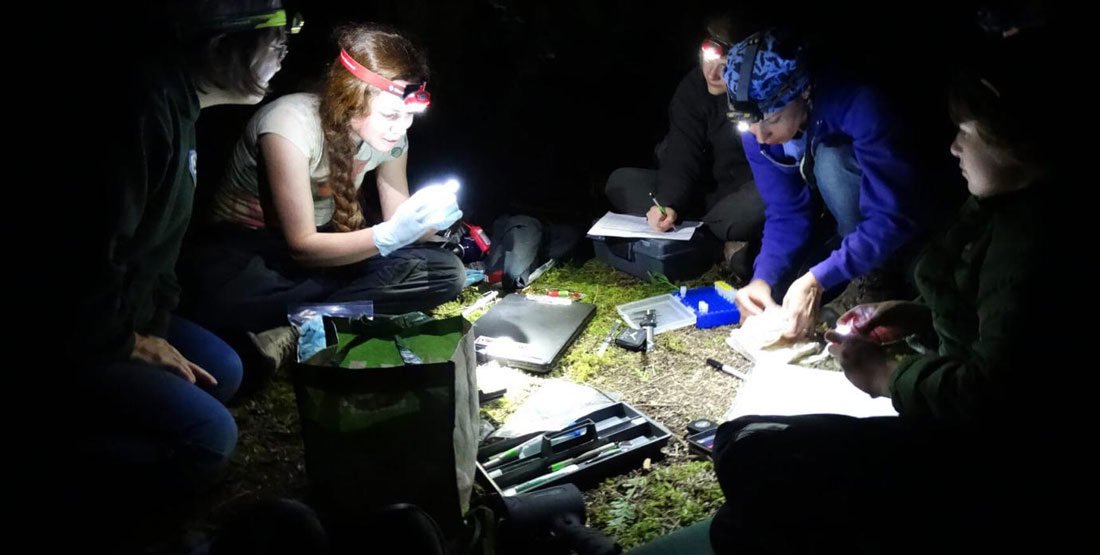 The ten species that inhabit the islands primarily eat insects; some specialize on certain kinds (e.g., moths or beetles), whereas others are far less picky. Some species forage for insects out in the open, whereas others prefer to fly in cluttered habitats like the forest understory.

Rochelle began researching the species compositions of San Juan, Orcas and Vendovi Islands last summer. Local land conservation organizations and residents invited Kelly to study the bats on their land. She captured and released over 140 individuals of eight species, from which she collected data for analyses of anatomy, diet, echolocation and population genetics.

Rochelle is applying modern genetic methods to investigate whether ecological traits influence the population genetic structure of San Juan Islands bat species. If ecologically specialized species are restricted in their ability to disperse across a fragmented landscape, then their populations will be more genetically isolated from one another. Kelly aims to identify whether and which characteristics of a bat species’ foraging habitat predict their vulnerability to habitat fragmentation, and thus provide a resource for land managers to develop conservation strategies for these important mammals.