In the Field Mammals

Sharlene Santana is an evolutionary biologist and the new curator of mammals here at the Burke Museum. She studies how behavior, diet, anatomy and function result in bursts of diversification in tropical bats—mostly from Panama, Costa Rica and Venezuela. 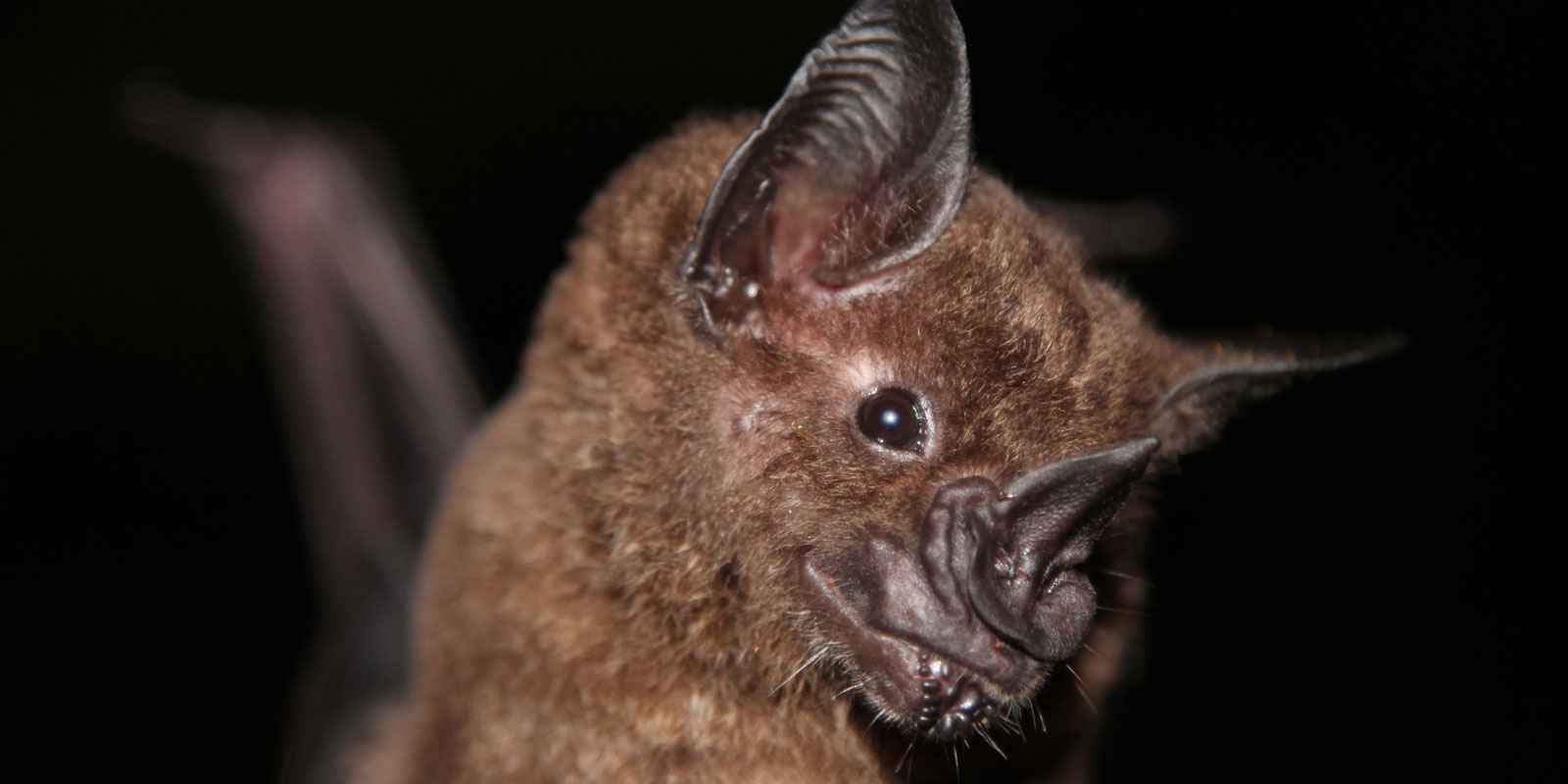 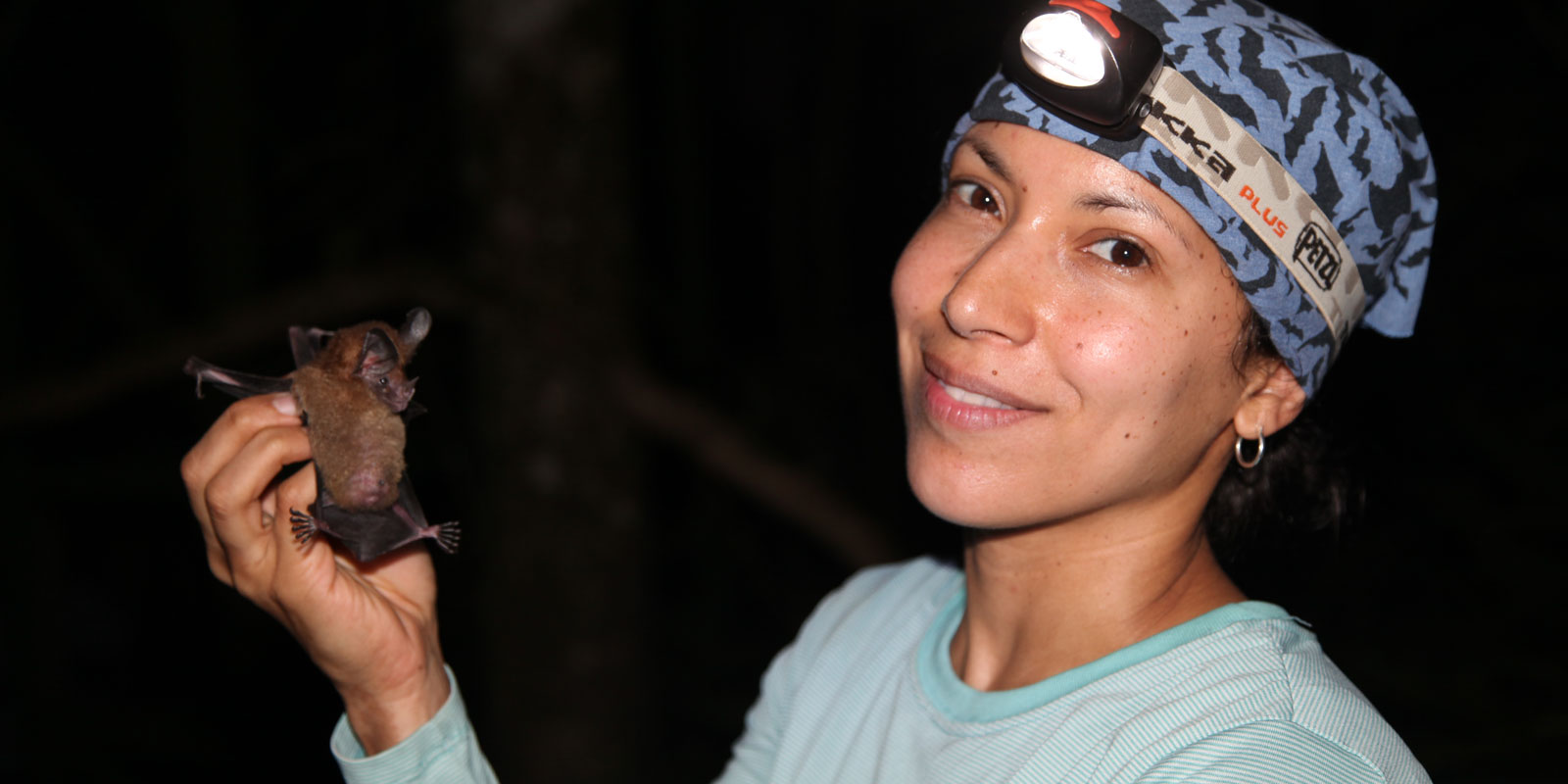 Sharlene was born and spent most of her life in Venezuela. Growing up in the tropics fostered her love for animals and interest in their diversity.

Some of the tropical forests where Sharlene has worked no longer exist because they have been cut down. While she releases most of the bats she studies in the field, she also collects some specimens to help preserve the biodiversity of these increasingly threatened habitats. In her research today and other studies in the future, these specimens in collections will help answer questions that have never been asked.

I recently sat down with Sharlene to ask her why and how she studies bats.

How did you start studying bats?

As an undergrad I was very interested in studying the form and function of mammals. I was mostly interested in larger mammals though, like foxes and big cats, but I had a great mentor in Venezuela who studied bats and exposed me to their diversity. Holding a bat in my hand and examining it was an eye-opening experience for me. I was hooked on bats from the first time I went to the field!

What type of studies do you do?

(Watch this short video to see Sharlene's work in the field!)

Bats are remarkably diverse and that fits well with my research questions of understanding how and why diversity evolves. It’s outstanding how bats evolved the ability to fly and have become one of the largest groups of mammals. Bats have been able to colonize most habitats, except for the poles, and can consume foods that range from insects and fruits, all the way to nectar and even blood.

Why are there so many different species?

Bats have been very successful in their evolutionary history, partly because they were able to evolve flight and exploit the aerial niche during the night. There may also be some other features of bats that allowed them to diversify fairly quickly. For example, we have found that the evolution of certain characteristics, like the short faces of some fruit eating bats, probably allowed them to adapt to new types of fruit and split into many different species. The same thing might be happening in other groups of bats, we just don’t know yet.

What are you studying now?

I’m continuing to do work on tropical bats to study their diversity, anatomy and function. I also hope to do similar work in other mammals and take advantage of the resources we have in the mammalogy collection here at the Burke. There are many questions that I wouldn’t be able to study if I didn't have access to our specimens.

Will you study local bats?

Although temperate regions don't have as much diversity as the tropics do, there's still an interesting mix of bats here in Washington. I think what excites me the most is that there are species of bats that are found across the entire state despite the different climates in Eastern and Western Washington. I’m really interested to see if the bats have evolved local adaptations to their diet based on whether they're on one side of the mountains or the other, and to track bat colonies over time to see which individual bats reproduce the most and why.

You can learn more about Sharlene’s research on her website, The Santana Lab and find the Burke Museum's mammalogy collection on our website.