Did you know that not all birds sit on their eggs to incubate them? Megapodes (family Megapodiidae)—a fascinating group of birds named for their large feet—cleverly harness environmental heat sources to incubate their eggs. 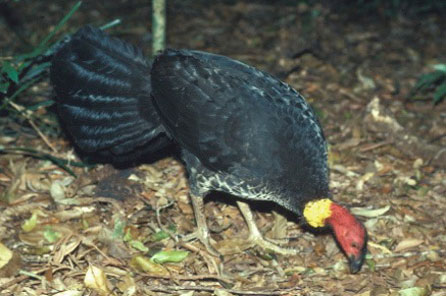 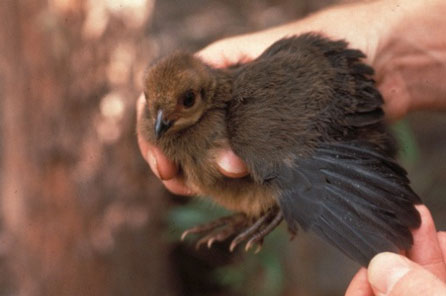 Checking the wing of a baby.

Depending on the species and location, megapodes may lay their eggs in burrows dug in sun-warmed beaches or geothermally active areas, or they may build large incubation mounds that function like compost piles and generate heat through decomposition.

Although most megapodes look like distant chicken relatives (they are), their unique incubation behavior has driven a suite of unusual adaptations, including:

How did this odd incubation behavior evolve?

For several decades, I’ve been tracking down megapodes in the wild and in other museum collections to research the genetic relationships among megapodes and shed light on their behavior.

Megapodes range from Australasia to the South Pacific, with many found in remote locations and/or on islands. I’ve traveled as far afield as Vanuatu in search of genetic material from rare megapodes.

With the help of many other scientists from around the world, there is now a small library of megapode tissues—some found nowhere else—that are housed in the Burke’s Genetic Resources Collection.

University of Washington graduate student Rebecca Harris recently used this collection to sequence DNA from multiple genes in all 22 megapode species, generating a complete evolutionary family tree for megapodes for the first time.1Her research—a collaboration with Dr. Adam Leaché, curator of genetic resources, and me—confirmed that megapodes’ unique incubation behavior evolved from more conventional nesting behavior such as that shown by ducks or chickens, and that megapodes probably evolved mound-building first, before burrow-nesting.

Interestingly, burrow-nesting also apparently evolved several times independently within the megapodes. When made possible through the presence of an environmental heat source, burrow-nesting may be strongly favored over mound-building because it saves megapodes substantial time and energy.

Incubation behavior is most variable in birds of the genus Megapodius—the only megapodes that can fly long distances (other than the closely related species Eulipoa wallacei). This has no doubt allowed them not only to disperse more successfully, but has exposed them to more variable environments, which may account for their apparent flexibility in incubation behavior. 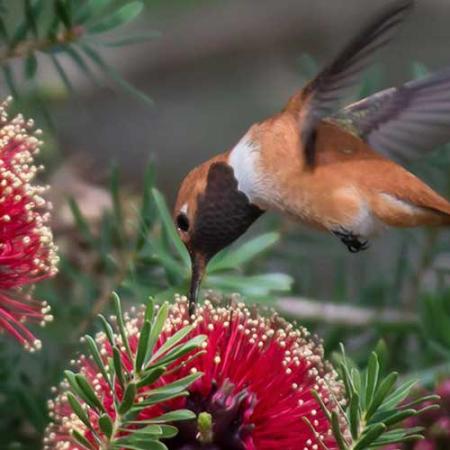 With your support, we can take a closer look at our world.

With your support, we can take a closer look at our world.