Frogs across the world are threatened by many issues, including climate change, habitat loss and infectious diseases. Mexico is no exception to this global rule. Although Mexico ranks as the fifth-highest country in amphibian diversity, it is second among countries with the highest number of endangered species. Mexico also has the highest number of Alliance for Zero Extinction Sites, which are designated based on areas with a large number of species that will likely go extinct without immediate conservation efforts. 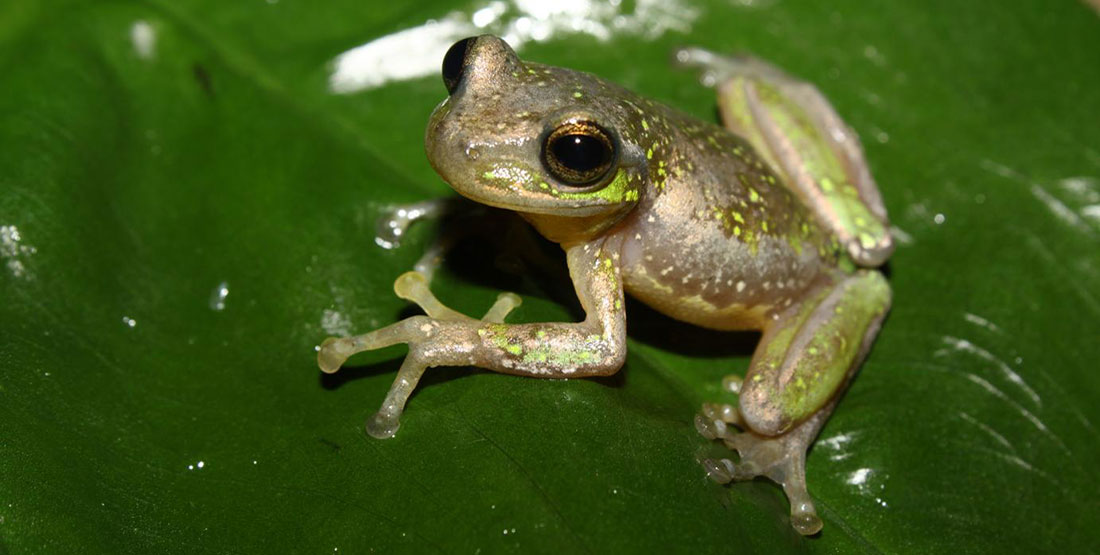 S. hazelae is one of 26 species of tree frogs Caviedes-Solis found in Mexico.

Itzue W. Caviedes-Solis, a University of Washington (UW) biology graduate student working in Burke Curator of Herpetology and Genetic Resources, and UW Biology professor Adam Leaché’s lab, has published two papers in the journal Mesoamerican Herpetology about her fieldwork results from the Mexican highlands. Caviedes-Solis found 27 species of hylid frogs (tree frogs), 24 of which are only found in Mexico.

Of particular importance was her rediscovery of five frog species that were considered to be possibly extinct in the wild, and hadn’t been seen for at least ten years. In addition, she discovered five new populations of other frog species, including one endemic species, expanding what conservationists use for this frog distribution ranges. 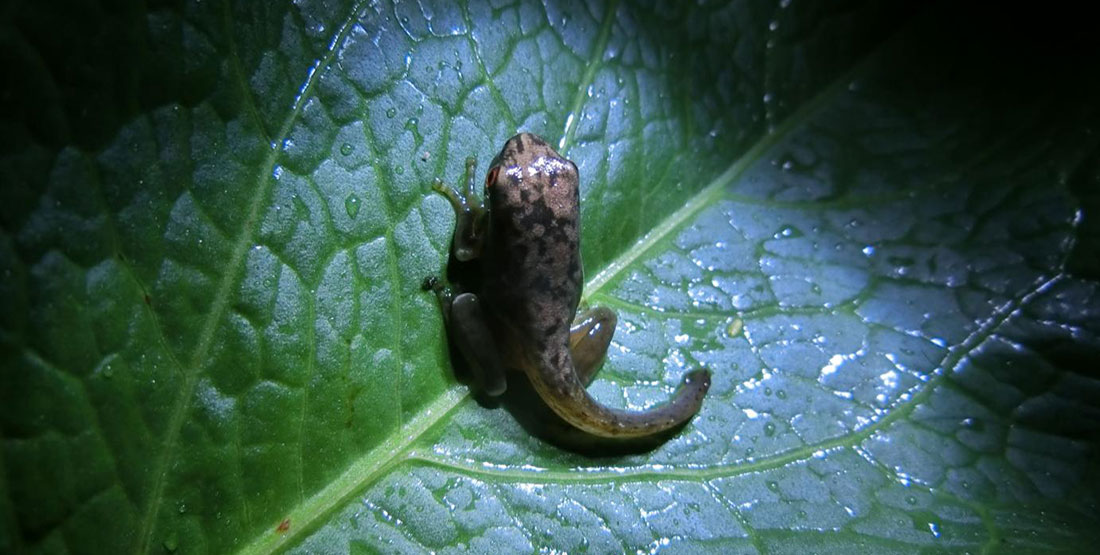 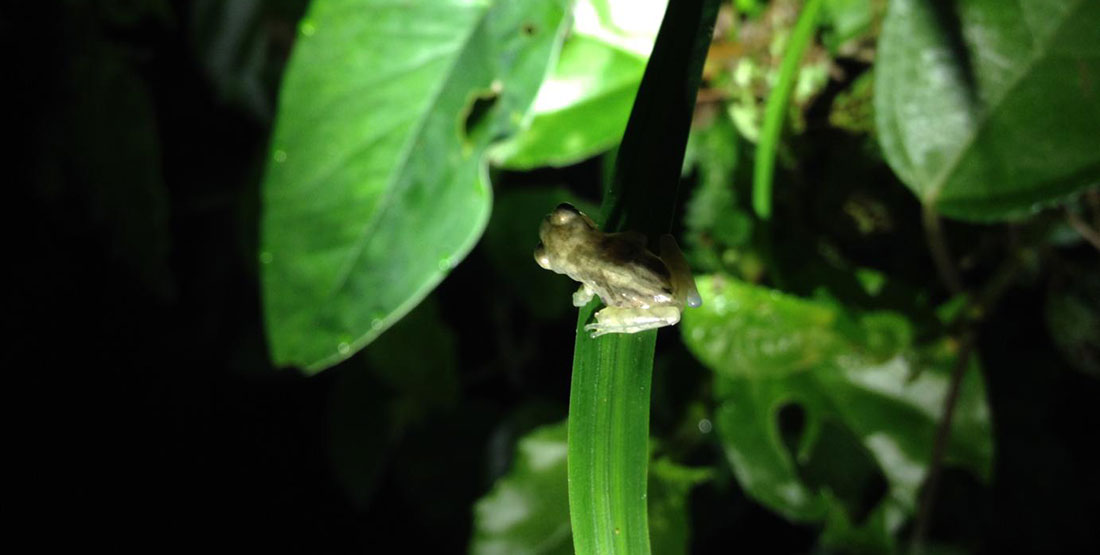 Mexican Highlands, the State of Chiapas.

Caviedes-Solis’ study is unique compared to previous research because she searched the frogs in multiple localities within and around the distribtuion ranges for extended periods of time, while other studies only realized short term surveys per locality. This approach allowed Caviedes-Solis to find species that were not seen in previous short expeditions by other researchers.

Even though some of these species of tree frogs are resilient in the face of multiple threats, the results from Caviedes-Solis’ study can aid conservation agencies and the Mexican government in creating more accurate and comprehensive conservation plans for these animals so they can continue to live and thrive.