The Burke Museum is OPEN! Pre-purchased, timed tickets are required for all visitors—including Burke members, UW card holders, and children age 3 and under—to maintain physical distancing and manage capacity in the museum. View our Welcome Back Guidelines. See you soon!

For hundreds of years, a species of flying squirrel was hiding right under (actually, above) our noses.

A new study published in the Journal of Mammalogy describes a newly-discovered third species of flying squirrel in North America— Humboldt's flying squirrel, Glaucomys oregonensis. It inhabits the Pacific Coastal region of North America, from southern British Columbia to the mountains of southern California. Until now, these coastal populations were simply thought to be the already-known northern flying squirrel. 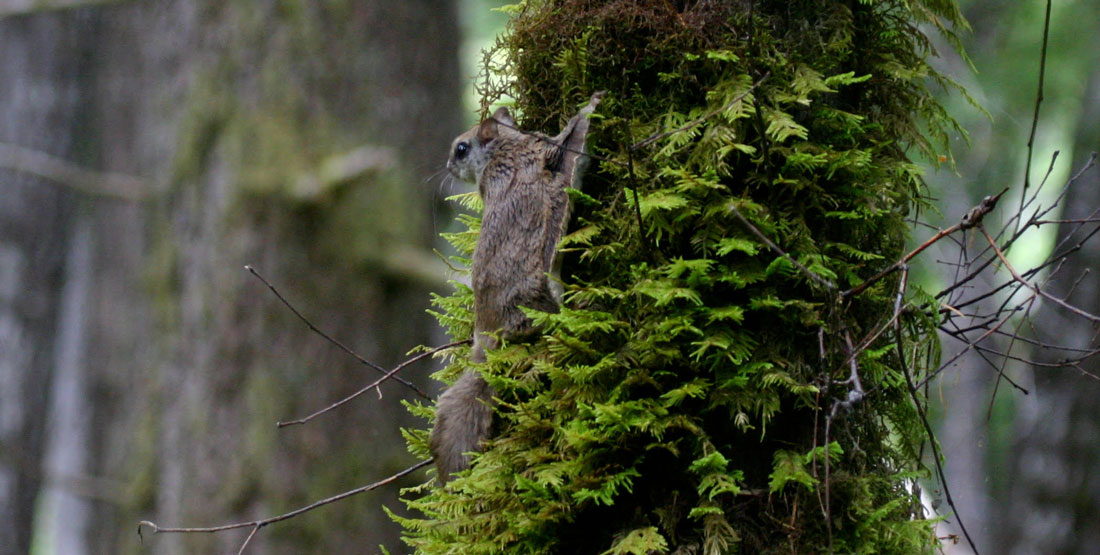 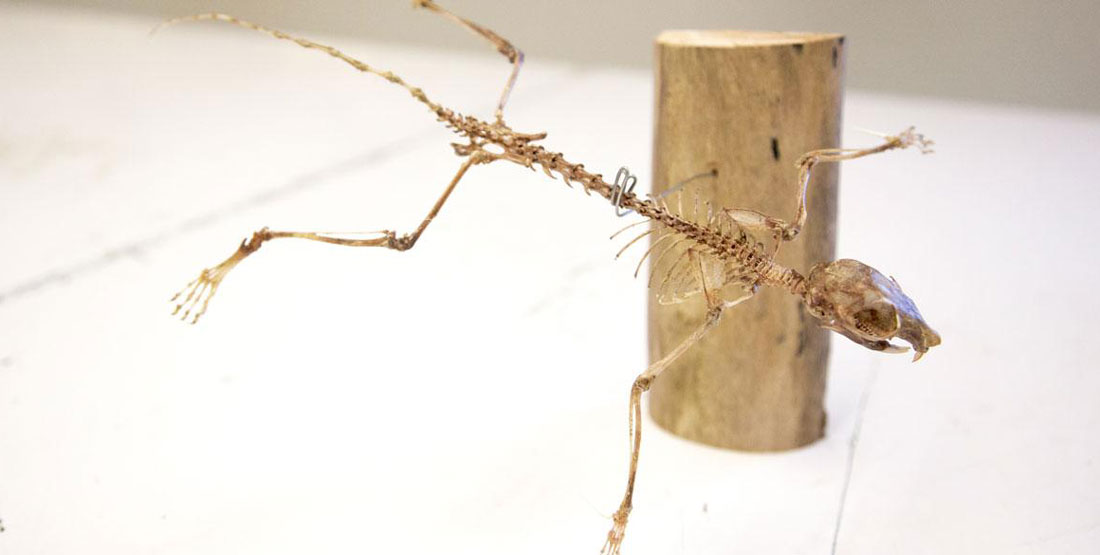 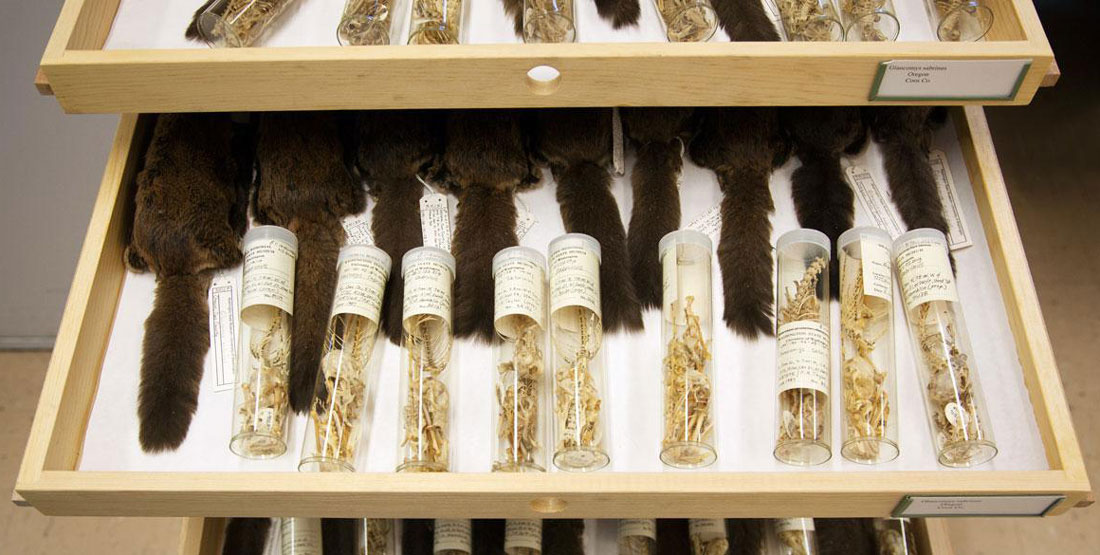 "For 200 years we thought we had only had one species of flying squirrel in the Northwest—until we looked at the nuclear genome, in addition to mitochondrial DNA, for the first time," said study co-author Dr. Jim Kenagy, curator emeritus of mammals at the Burke Museum and professor emeritus of biology at the University of Washington.

Biologists used to classify the flying squirrels of California and the coastal Pacific Northwest as northern flying squirrels. It wasn’t until co-author Dr. Brian Arbogast, associate professor of biology at the University of North Carolina Wilmington, and formerly a postdoctoral researcher at the Burke Museum, looked closely at the genetics of flying squirrel specimens from the Burke’s collections that it became apparent that they may be a different species. Flying squirrels collected since the early 1900s in the Pacific Coast region often looked smaller and darker than their counterparts from east of the Cascades.

Ultimately, it was DNA testing that revealed a third species unique to the Pacific Northwest.

The results of the DNA analyses were striking: they indicated that no gene flow was occurring between the Pacific Coastal form and the widespread, inland, continental form of the northern flying squirrel, even when two occurred together.

Because the new study shows that Humboldt’s and northern flying squirrels both occur together at the same places within some parts of Western Washington and southern British Columbia, it is possible that future studies might reveal hybridization between these two species, even though this study did not find the two species inter-breeding in the areas the research team examined.

Kenagy, Arbogast, and other researchers spent years studying small mammals in the Northwest and how they distributed themselves in the western and eastern mountain ranges, as recently as the period following the last Ice Age.  In some cases, the eastern and western mammals evolved into different species over the past million years or so.

"It was a surprising discovery. We were interested in the genetic structure of small mammals throughout the Pacific Northwest, and the fact that in other cases we were aware that two different species had evolved in Eastern and Western Washington," Kenagy said.

The Humboldt's flying squirrel is known as a "cryptic" species—a species that was previously thought to be another, known species because they looked similar.

The squirrel specimens in the Burke Museum’s collections—and other natural history museums around the world—are standing by for future researchers to learn more about these remarkable “new” creatures.

The three species of flying squirrels in North and Central America are small, nocturnally-active, gliding squirrels that live in woodland habitats. These creatures don't actually fly like bats or birds. Instead, they glide from tree-to-tree by extending furred membranes of skin that stretch from the forearm wrist, to the ankle on the hind leg.

Their feather-like tail provides extra lift and also aids in steering. The gliding ability of flying squirrels is remarkable; they are capable of gliding for up to 100 meters and can make sharp, mid-air turns by using their tail as a rudder and moving their limbs to manipulate the shape and tautness of their gliding membranes.

A map of the distribution of the new species and additional information can be found in this National Geographic article.