The Green Darner Dragonfly is one of the largest and fastest-flying dragonflies. They are commonly found throughout North America, migrating north for the summer from Mexico and the southern United States. 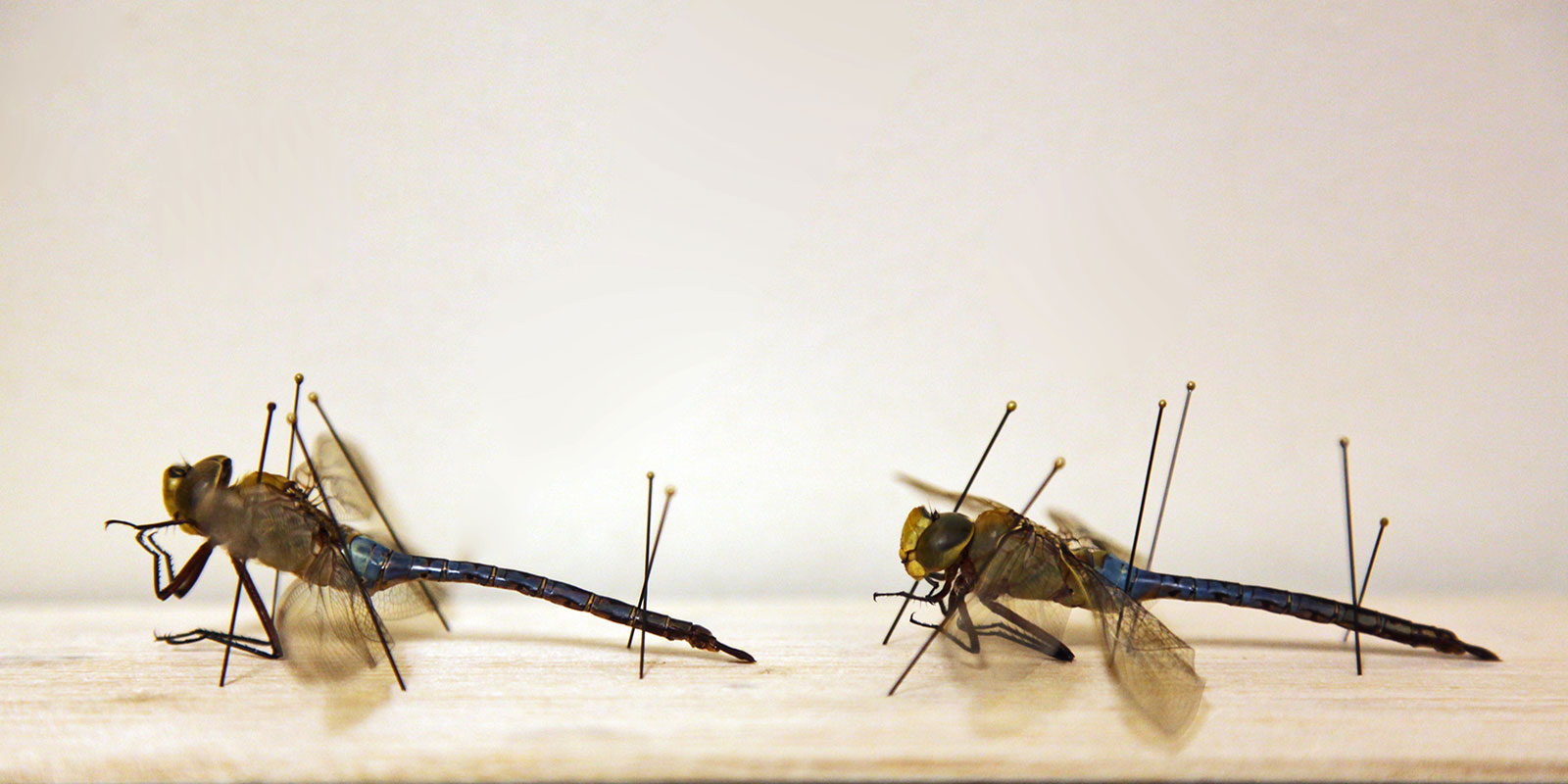 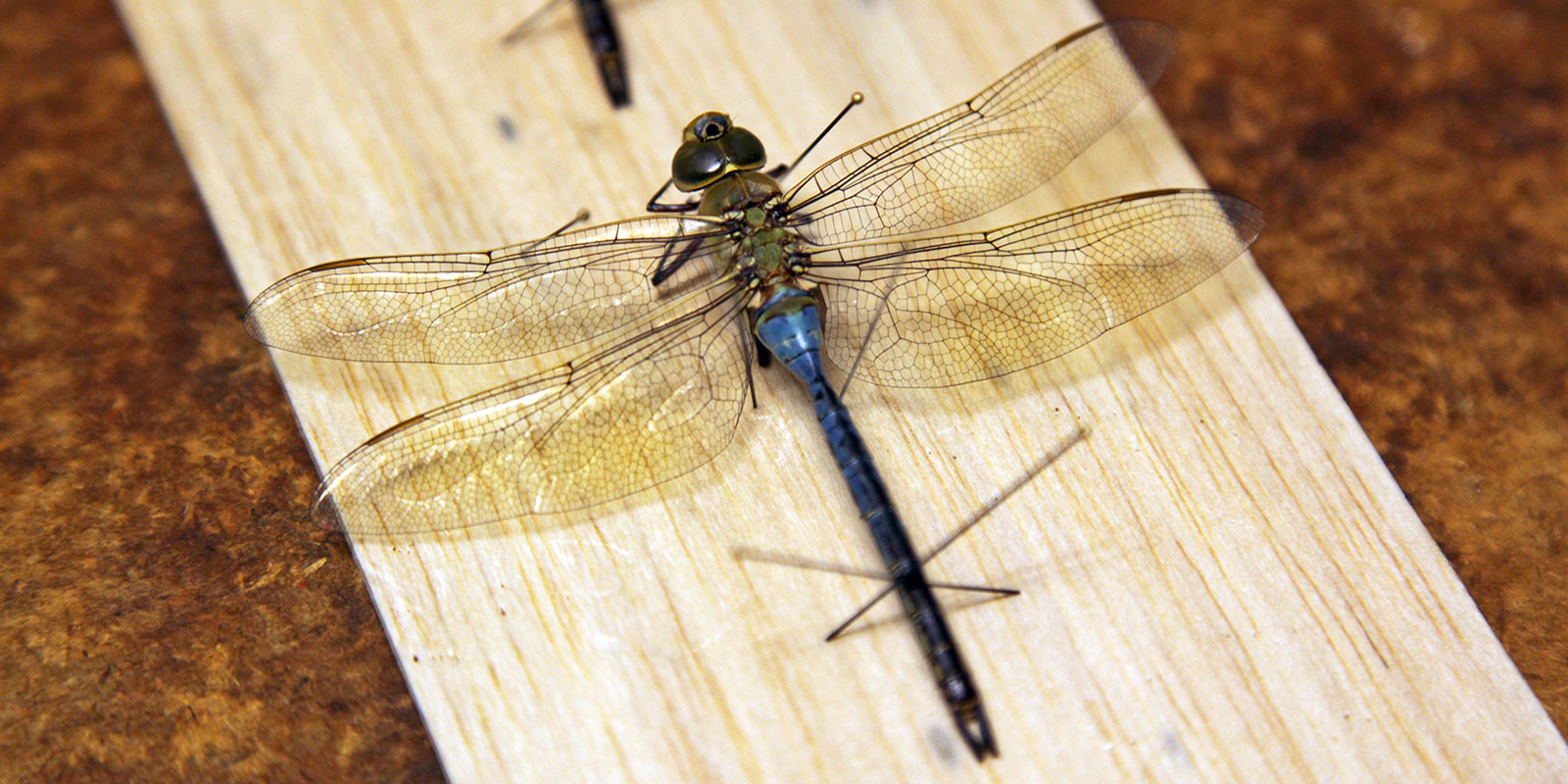 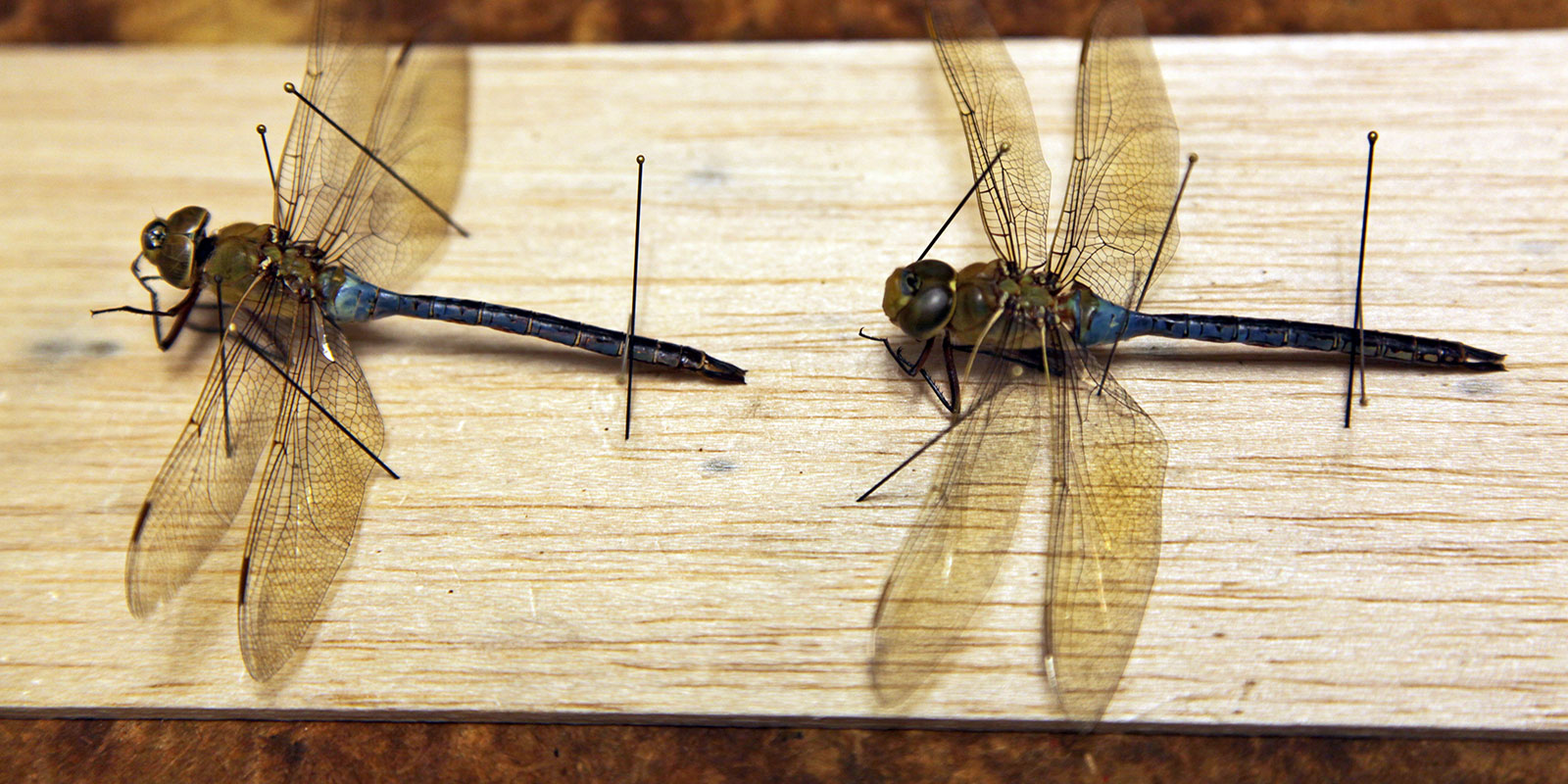 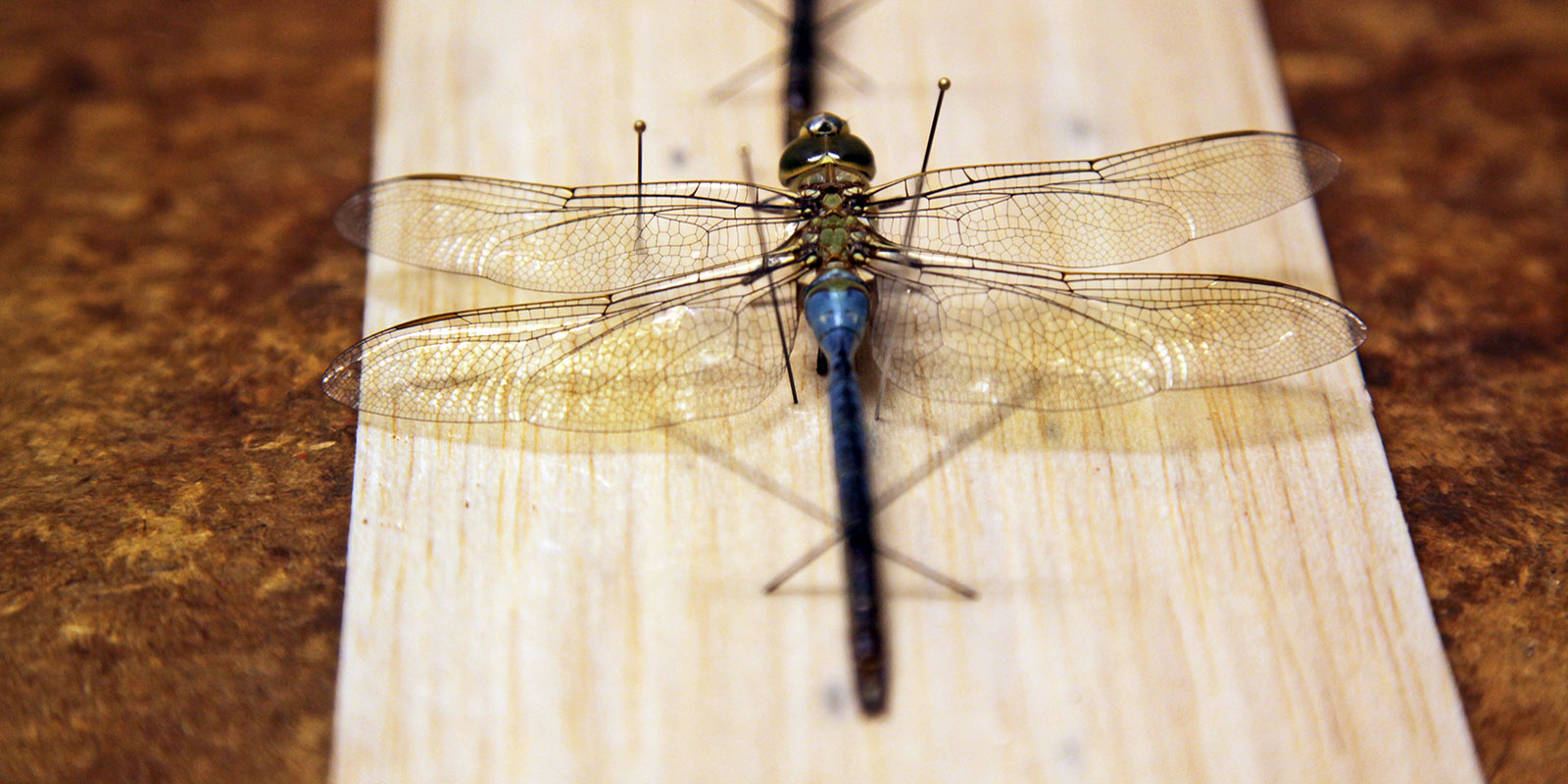 Interestingly, according to Science Magazine, they were once believed to lack a sense of smell but a new study found that they may use odors to hunt prey. They also have excellent eyesight—each of their large eyes has around 30,000 lenses!

Explore more from Washington State and learn more about the Arachnology & Entomology collections at the Burke Museum.