It’s around this time every year that we start to remember the existence of pollen, the microscopic reproductive cells of cone-bearing and flowering plants. Airborne pollen may induce annoying congestion for some, but a new paper shows that these grains may provide a new way of looking at the climate over 300 million years into the fossil record.

Burke Museum Research Associate Jeffrey Benca thinks about pollen year-round. His new paper in the journal Paleobiology investigates what pollen malformations, or abnormally shaped pollen grains, can tell us about stress in the environment. Previous studies showed that stressors like heightened UV-B radiation exposure and environmental pollution can affect the shape of pollen grains that cone-bearing trees produce and even cause trees to become temporarily sterile.

In this study, Benca and colleagues investigated not only how often these malformations were produced in a wide variety of living conifer species, but also what kind of abnormal pollen shapes they produced when presented with different amounts of environmental stress. 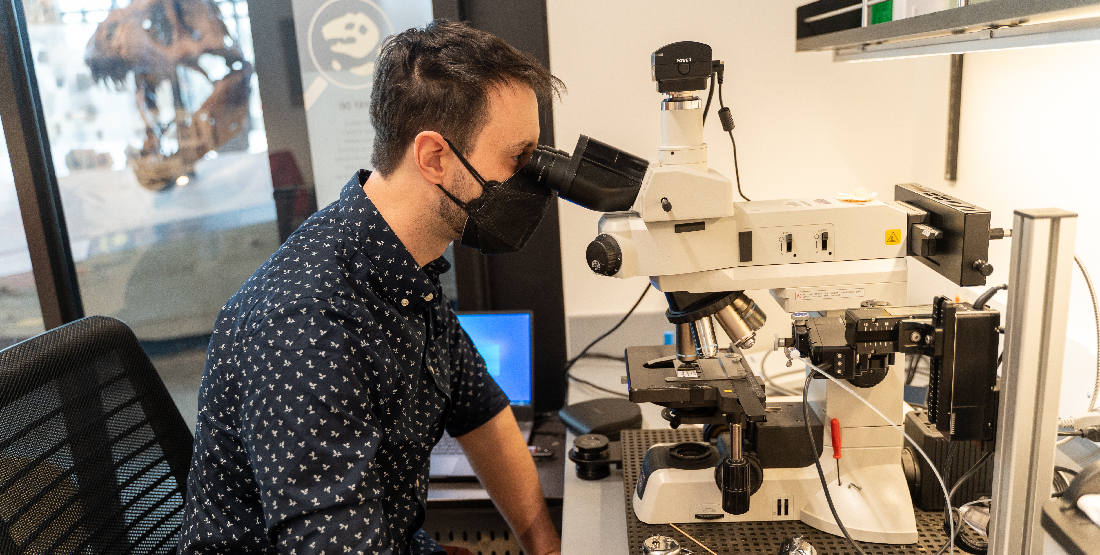 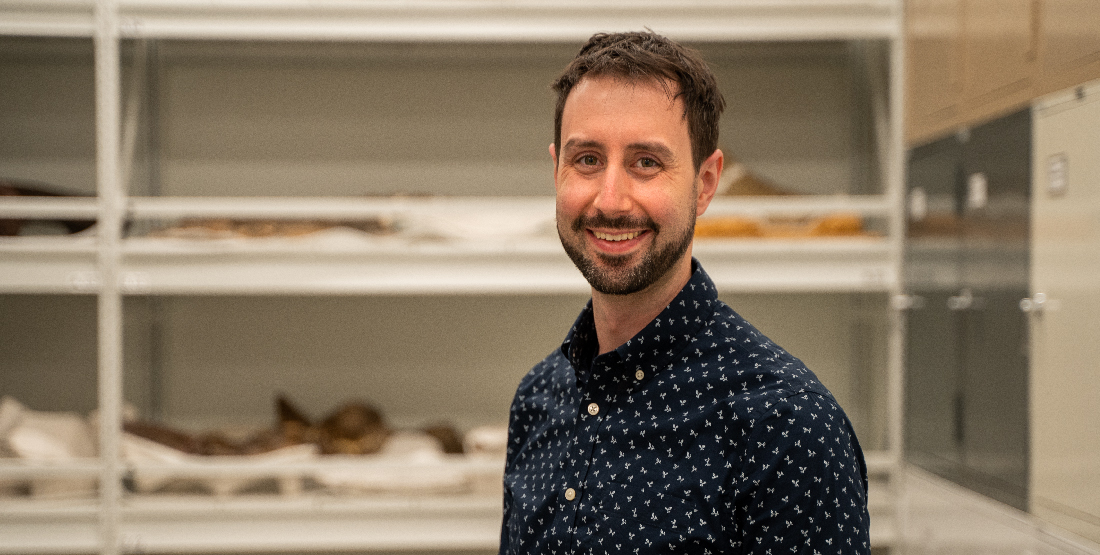 Pollen is incredibly well documented in the fossil record and goes back hundreds of millions of years. Many types of pollen have a hard coating that makes them more likely to be preserved in the fossil record. Conifer pollen is also airborne, meaning it rides the wind and falls over huge swathes of both land and water. These pollen grains are especially useful for looking at long-term changes in climate because they accumulate in environments conducive to fossilization and are found in many different ages of rock.

“Pollen can rain into the ocean where we see the marine animal records and we can get a snapshot of what's happening with animals in the ocean and the plants on land at the same time, which is really unusual,” Benca said. “The pollen records have given us an idea where you can take a walnut-sized sample of sediment and reconstruct kilometers of forests and ecosystems. So it's a really powerful technique to try and get a broader scale picture of what's going on.”

While at the University of California Berkeley, he and his co-authors Ivo Duijnstee and Cindy Looy sampled pollen grains from 14 different species of conifer from around the world mostly grown in their Botanical Garden. These trees can be considered under relatively low-stress conditions because they receive daily care and sufficient water from landscaping staff. All but two of the 14 species under baseline conditions showed a malformation rate of below 3%, which previous studies suggest is normal for conifers under low stress, based on historic field observations.

But when they exposed one modern pine species to high levels of UV-B radiation, essentially simulating an ozone weakening event, these plants produced a much higher rate of malformed pollen grains. The kinds of malformations they produced also became much more uniform in trees exposed to the highest UV-B radiation doses.

“It was like a signal that the tree is extremely stressed,” Benca said. “It's leaving a sort of fingerprint or mark of ‘okay, I'm really not doing well.’” 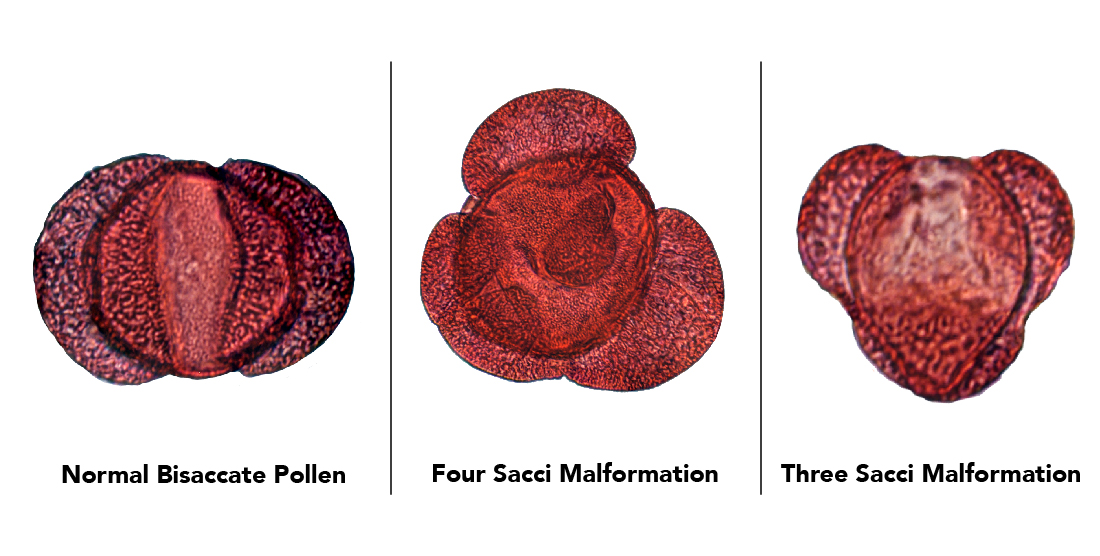 Most of these conifer plants produce pollen called bisaccate grains, or winged pollen grains. Think of a Mickey Mouse head with a big pollen grain in the middle and two smaller wings branching off to the side. These wings, or sacci, help the pollen grains ride the wind, sometimes hundreds of miles away from the tree that produced it.

Under low-stress conditions, these trees produced a mix of different malformations, some with only one wing or even three wings. But exposure to UV-B radiation made trees overwhelmingly produce three-winged pollen malformations.

Looking back into the fossil record, the researchers propose that not only can you use the 3% rule to find times of increased environmental stress, but you may also be able to use certain types of malformations to indicate what kind of stress these long-extinct plants were experiencing. In this case, a spike in three-winged pollen grains could be an indicator of ozone weakening events.

“The crazy part is the trees were luxuriantly growing,” Benca said. “They looked perfectly fine and pampered like they had been growing in a garden rather than under these horrible UV regimes. So we started thinking back, if people were strolling around a mass extinction with an ozone weakening event, you wouldn't notice it until you start getting sunburn because the trees would all look fine.”

There may have been numerous ozone weakening events throughout earth’s history, largely due to massive volcanic activity such as during the formation of the Siberian Traps 250 million years ago. This was the largest volcanic event in the last half billion years and is believed to have caused the largest mass extinction event on earth: the End-Permian Extinction.

More recently, we experienced an ozone weakening event over Antarctica in the 1980s due to manmade aerosols from products like refrigerators, air conditioners and hairspray. But after the Montreal Protocol severely limited these chemicals, the ozone layer started to heal.

We don’t need pollen as a proxy to measure the modern ozone layer; we can do that directly. But it could be a powerful tool to look as far back as 320 million years into the past to understand how ecosystems reacted during times of heightened environmental stress, such as mass extinctions or climate changes. Other types of environmental stressors like heavy metals, acid rain, or pathogens may also produce unique pollen malformations we can use to better interpret the past.

Benca hopes to investigate some of these questions in the future with modern plants and pollen in the fossil record. Sampling 14 different tropical and temperate conifer species grown side by side in the same gardens was a rare opportunity to compare how different plant lineages from both hemispheres reacted to the same baseline environmental conditions.