Myth: Spiders can hold their breaths to avoid inhaling pesticides.

Fact: I only heard this for the first time in 2007, but it is already as widespread as any of the older myths and legends. Exterminators use this story to explain why their pesticides don't kill spiders. And how long can spiders "hold their breaths"? Each source gives a different time: 15 minutes, a few hours, 48 hours, three days, a month, or just "a long time."

The first thing wrong with this myth is that most pesticides that work by respiration, also work (not as quickly) by contact. Many also work by ingestion. Myth-believers must be thinking in terms of poison gases that could be used against humans in chemical warfare. The few pesticides that work only through the respiratory system are only toxic enough to kill in very high concentrations. Typical household products kill insects and spiders they directly contact, even if not taken in by the respiratory system.

The second problem is that neither spiders nor insects actually breathe; therefore they cannot "hold their breaths." There is no active pumping of air into and out of those small bodies. Insect respiration takes place by passive diffusion into and out of a network of tracheal tubes. Most spiders also have tracheae, but their main respiratory organs are book lungs (shown below) in which the "book pages" are hollow air-filled plates surrounded by the spider's blood. Oxygen and carbon dioxide pass through the thin-walled plates, and are exchanged with hemocyanin (works like our hemoglobin) in the blood. But even though this is called a lung, no active breathing occurs, only diffusion.

The slit openings of the book lungs do expand and contract. Apparently they never close 100% because they have no "closer" muscles, only opener muscles. In some spiders the lung slits open wide during activity (these would be spiders that engage in long, sustained activity). In others the slits stay nearly closed during short bursts of activity, then open wide during a post-activity recovery phase. All studied spiders open their lung slits as wide as possible if their blood oxygen levels are too low or carbon dioxide levels too high. 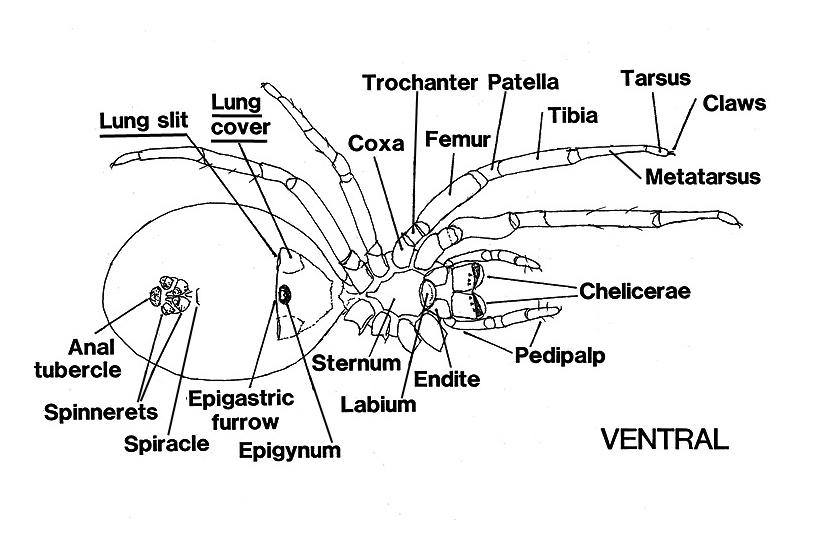 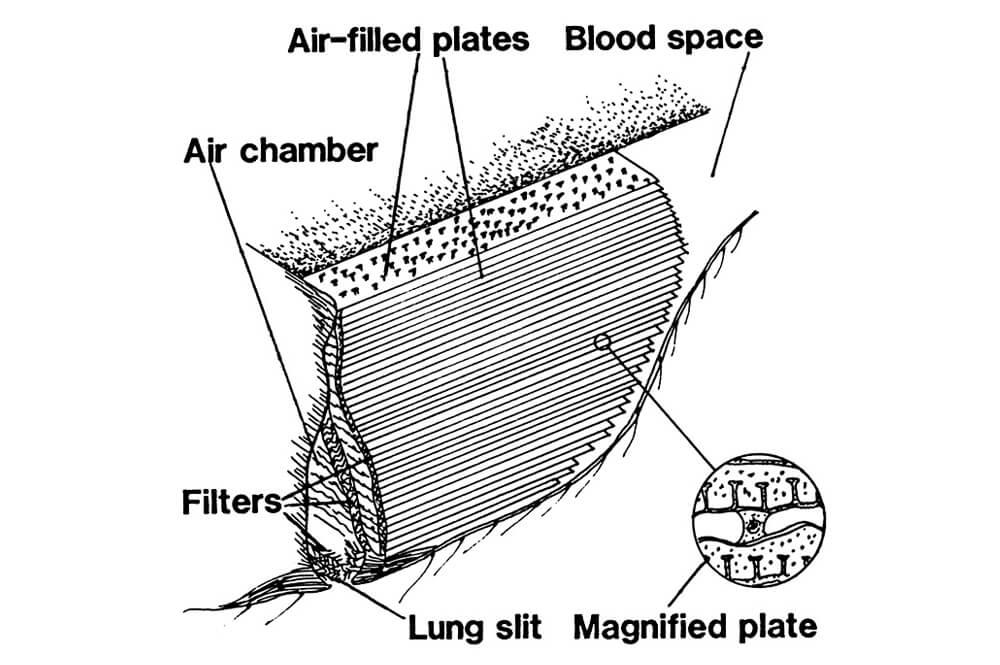 I found no published research on whether presence of pesticide would affect the opening of spiders' lung slits. Therefore, the surprisingly varied myth-information on the subject must stem from imagination, not data. In the only partly relevant study, spiders did not close their lung slits, but inappropriately opened them wider, when exposed to ether vapor.

The response to submersion in water is also wider opening, not closure of the lung slits. The reason some spiders do not drown during fairly long submersion is that their body hair traps an air film that can exchange some oxygen and carbon dioxide with surrounding water. Spiders experimentally exposed to a 4% oxygen atmosphere died in about 35 minutes – so complete closure of the lung slits for hours or days would be fatal even if it were possible.

So why don't pesticides work well against spiders? That's easy – they're formulated to kill insects, not arachnids. Most household "bug sprays" will sooner or later kill any spider that's directly sprayed, but have little residual effect against spiders that come by later. Which is really a blessing, since spiders themselves are the best pest controllers.