Myth: Spider "infestations" should be controlled with pesticides.

Fact: Where to begin? Since spiders are predators, they don't infest anything. Apparent sudden increases in population are really just temporary increases in activity, usually connected with mating. Since nearly all spiders are harmless and beneficial, it doesn't make much sense to talk about "controlling" them; the spiders themselves are the best pest controllers!

If for some hard-to-imagine reason a situation really does arise where spiders must be eliminated from an area, pesticides are definitely not the way to go. An honest, properly trained exterminator will tell you this, but there are far too many who are trained only in how to market and apply pesticide treatments. Spiders do not react as strongly to "residual" insecticides as insects do (they were formulated to kill insects, not arachnids); these chemicals will kill the spiders contacted directly by the spray, and that's about all. Spiders are highly mobile and quickly repopulate any area from which they have been eliminated. And spider egg sacs are relatively impervious to pesticides.

Sticky traps (below) remove many more spiders than typical pesticide treatments, and have the added advantage of neither polluting the environment nor making your home toxic. But an even better technique is to physically exclude spiders from the space where you don't want them, by sealing gaps, cracks and openings of all kinds. 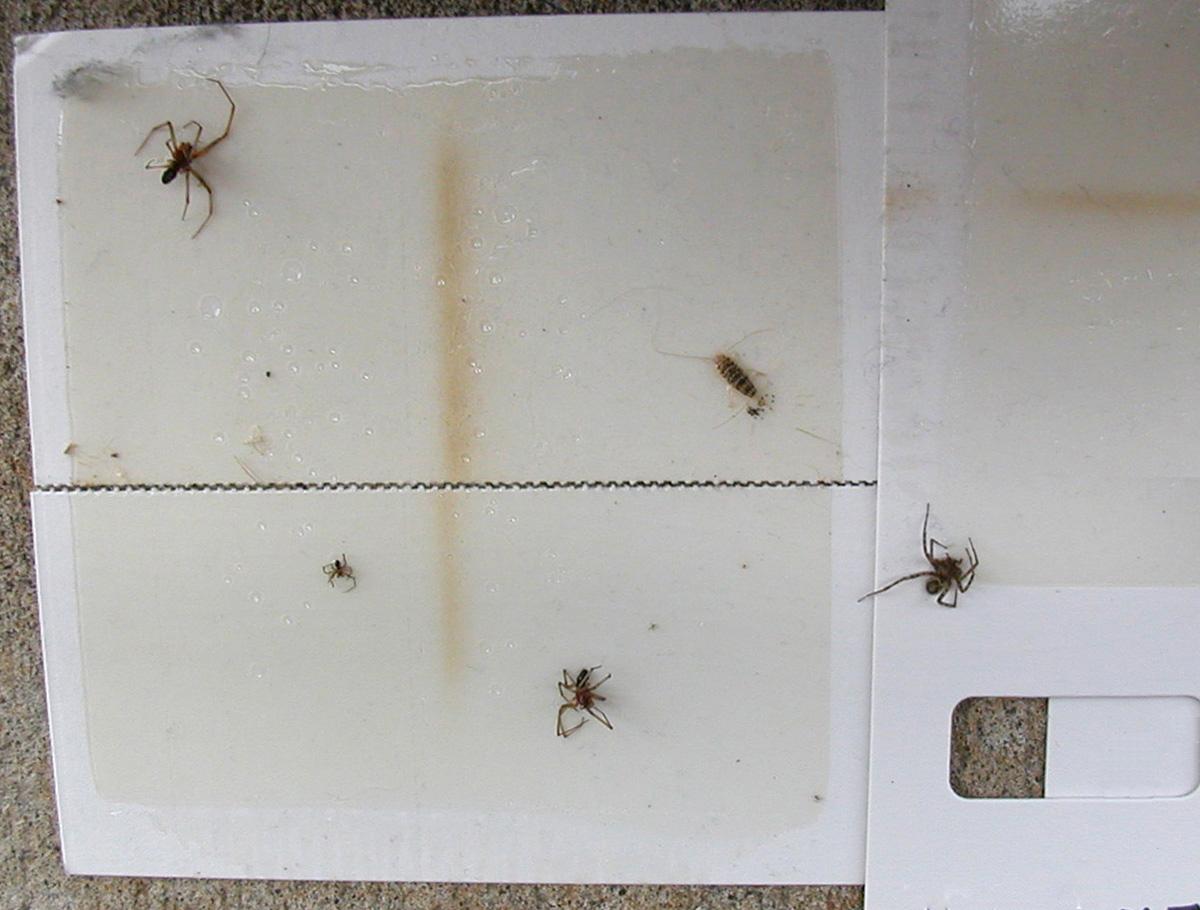 Sticky traps are not exactly kind to spiders but they are effective, and at least they don't pollute the environment.