Myth: The false widow is "Britain's most venomous spider."

Fact: It all started in 1991, when a young woman in West Sussex, England was bitten by a female Steatoda nobilis, a non-native spider established in the area since the 19th century. Steatoda spiders are called false widows because they can be mistaken for black widows, Latrodectus. The patient felt intense local pain spreading down the arm (pain subsided within 6 hours) and mild feverishness, consistent with a neurotoxin. Only a few other confirmed-by-specimen bite cases from this species are known; the most severe involved mild bodily illness; others involved only local pain. 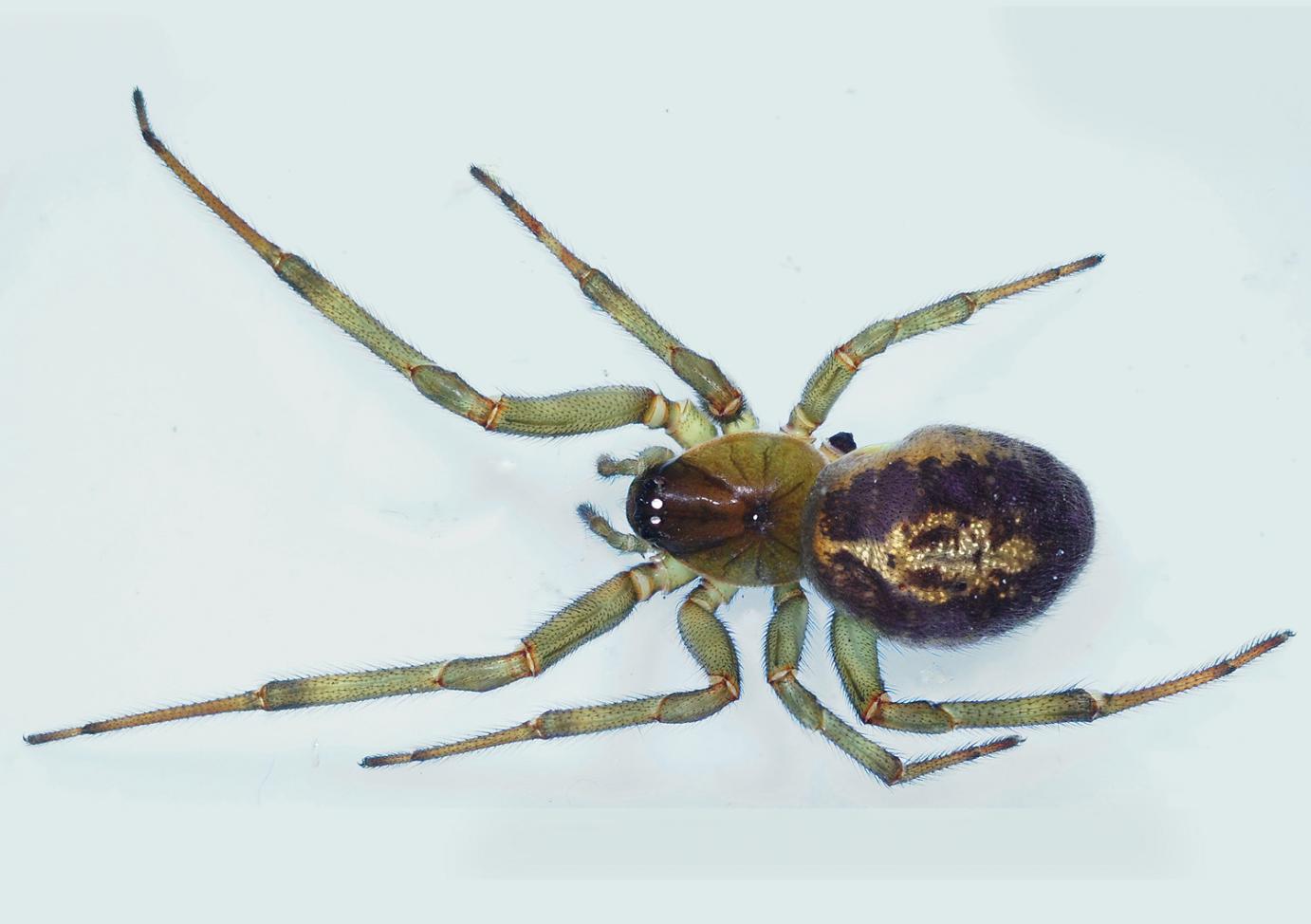 Then in 1998 a well-intentioned spider brochure from "Bugwatch" (UK Invertebrate Conservation Trust) called this the "one species [in Britain] with venom that can cause discomfort to humans." Quite false; several species can cause local pain. From here on, the rumors and exaggerations started to grow! I had my first inquiry about it in 2003, from someone who'd heard the bite "is very similar to the actual black widow." British news media got on the bandwagon by 2006, set off by an alleged bite case and interviews with an entomologist who called it "arguably Britain's most venomous spider." Somehow, they never think to interview an arachnologist about spiders! Coverage in British news media has steadily increased since then; as of 2015 it's a veritable flood of misinformation.

Every few weeks, an alleged bite case is reported, usually involving symptoms consistent with infection, not neurotoxin, and practically never was a spider seen at the time of the "bite." Ridiculous statements attributed to doctors, and "spider expert" quotes that are really from pest control operators, are standard. The species is alleged to be spreading all over the country (click here for actual distribution), with the spread blamed on global warming (ignoring the role of humans moving these indoor-living spiders). They call this 14-mm spider "giant," state that "millions will head into homes" in the fall, and use as much inflammatory language as possible. On a slow news day, one person finding one spider makes a headline! "Britain's most venomous spider" is a common designation, but "deadly," "Britain's deadliest" or "killer spiders" often find their way into headlines.

The effects of this media-induced panic are not trivial. People who apparently had serious infections have been misdiagnosed and given inappropriate treatment. Homes, businesses and schools have been evacuated after finding (or supposed finding) of a few of these usually-benign spiders; some persons never returned to their homes and became homeless. Literally tons of unneeded pesticide have been released into the environment (often poisoning homes far more than any amount of spider venom ever could). And far too many children have had their lives poisoned by induced phobias.

See links here and here from the British Arachnological Society for authentic information on false widows.