Myth: A "daddy-longlegs" is a kind of spider

Myth: A "daddy-longlegs" is a kind of spider.

Fact: This is a tricky one. Unfortunately, different people call completely different creatures by the "daddy" term.

Most Americans who spend time outdoors use the term for long-legged harvestmen (below, right), which are ground-dwelling outdoor creatures. Harvestmen are arachnids, but they are not spiders -- in the same way that butterflies are insects, but they are not beetles. Harvestmen have one body section (spiders have two), two eyes on a little bump (most spiders have eight), a segmented abdomen (unsegmented in spiders), no silk, no venom, a totally different respiratory system, and many other differences; not all have long legs.

The British, some Canadians, and some southeastern Americans use the "daddy" term for long-legged flies (crane flies, family Tipulidae) (below, left), which are insects. That usage is found in Edward Lear's famous nonsense poem "The Daddy-Longlegs and the Fly."

Finally, people who seldom venture outdoors may only have seen one long-legged arachnid, the house spider Pholcus phalangioides(below, center), and use the "daddy" term for that. So there is one "daddy-longlegs" that is a spider, and a couple of thousand species that are not spiders.

Confusing, isn't it? I think so too; in fact, it's so confusing that the "daddy" term really doesn't mean anything, and it would be better to just forget it and say "harvestman" when you mean harvestman. Click here to jump to a popular urban legend about harvestmen.

Will the real "daddy-longlegs" please stand up?

That confusing term is used for all these widely different creatures: (left) a crane fly, Tipula sp.; (center) a pholcid house spider, Pholcus phalangioides; (right) a harvestman, Metaphalangium albounilineatum (one of many similar harvestman species). Insects have their myths too: crane flies are not giant mosquitoes—and they don't eat mosquitoes either! 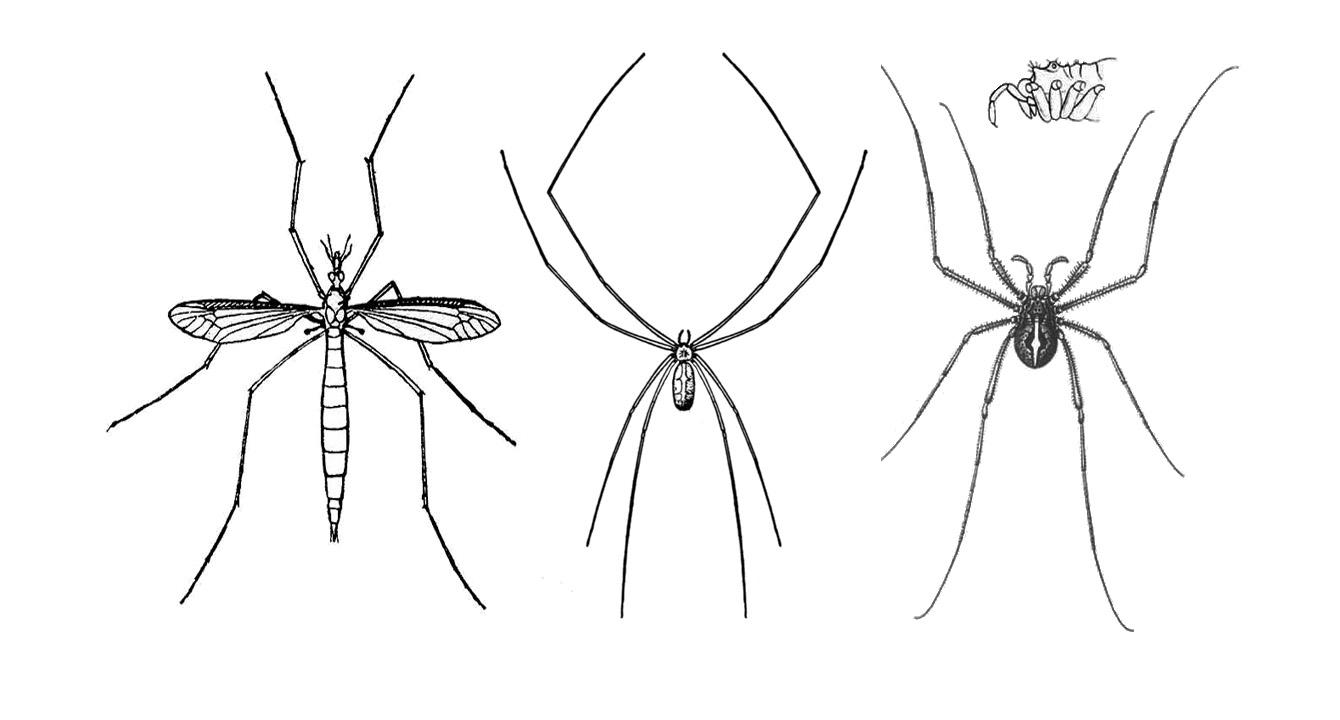