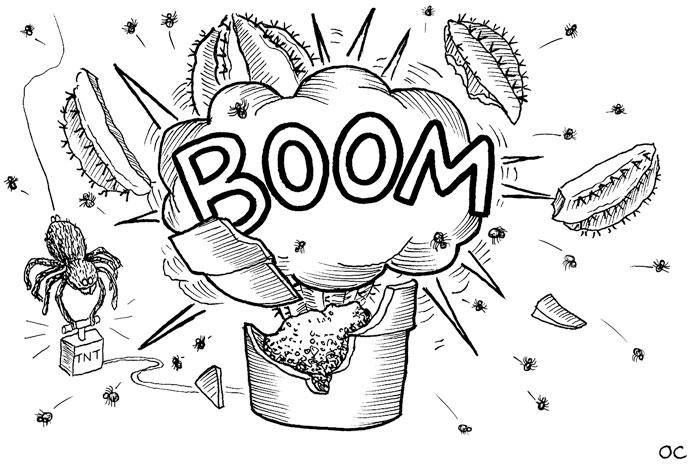 Myth: Someone bought a cactus at a local plant nursery. Later, it exploded and scattered baby tarantulas everywhere!

Fact: That is a full-fledged Urban Legend and one of the best-known ones, which has passed from person to person by word-of-mouth for so long, it has been around the world several times. Oddly enough, persons repeating this story commonly (and falsely) state that it happened to someone they know personally.

No one knows how the story started, but the event described never happened. Tarantulas do not inject their eggs into cactus plants, hatching tarantula egg sacs do not explode, and baby tarantulas are quite harmless in any case.