First book published on fishes of the Salish Sea

The first book documenting all of the known species of fishes that live in the Salish Sea is now available.

"Fishes of the Salish Sea"is a three-volume book and is the culmination of more than 40 years of research by authors Theodore W. Pietsch, curator emeritus of fishes of the Burke Museum and University of Washington professor emeritus of aquatic and fishery sciences, and James W. Orr, a scientist with the Alaska Fisheries Science Center and a former graduate student of Pietsch’s and affiliate professor and curator of fishes at the Burke Museum. The 260 fish species recorded in the book is a new record for the Salish Sea, representing a 20% increase from the last survey about 40 years ago. 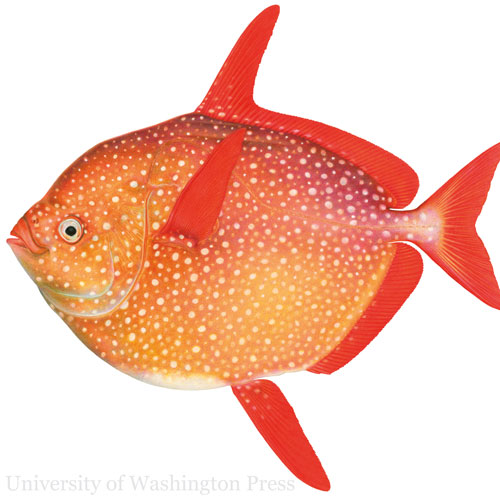 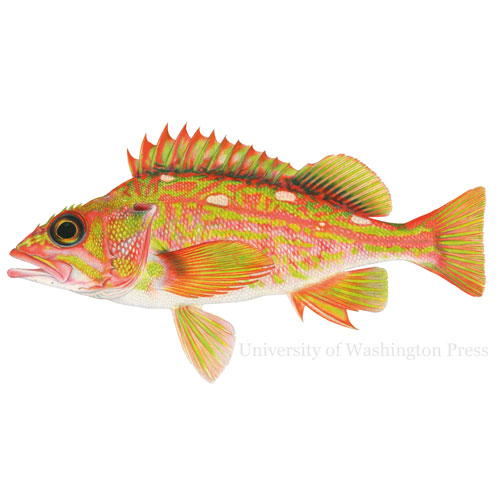 In preparing this book, we’ve really turned over every stone to make sure we have every fish species ever recorded from our inland marine waters.

In 2015, Pietsch and Orr published an initial report as part of their research for this book, updating the last compilation of Salish Sea fishes from almost four decades ago, which provided brief descriptions, but without illustrations . The "Fishes of the Salish Sea"is part of current efforts to protect and restore the Salish Sea, an inland waterway shared by Washington and British Columbia, which includes Puget Sound.

“It’s quite astonishing to think that people haven’t really known what’s here in any detail,” Pietsch said. “In preparing this book, we’ve really turned over every stone to make sure we have every fish species ever recorded from our inland marine waters.”

Beginning with jawless hagfishes and lampreys and ending with the distinctive Ocean Sunfish, Pietsch and Orr present the taxa in phylogenetic order, based on classifications that reflect the most current scientific knowledge. Illustrated taxonomic keys featuring striking illustrations by renown illustrator Joseph R. Tomelleri facilitate fast and accurate species identification.

Included in the "Fishes of the Salish Sea"book: 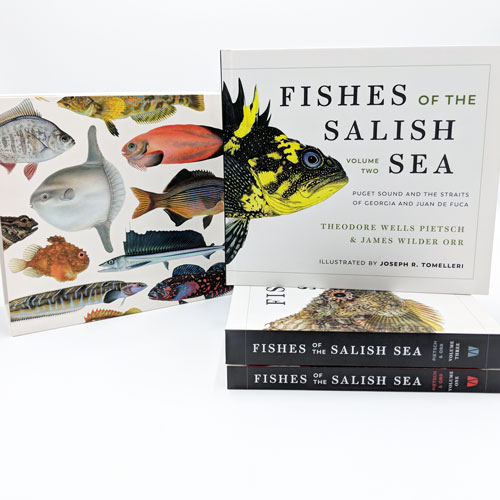 This comprehensive three-volume set details the ecology and life history of each species, as well as recounts the region’s rich heritage of marine research and exploration.

"Fishes of the Salish Sea" will be useful for scientists, anglers, educators and others in identifying Salish fishes, tracking the distribution and abundance of known species, assessing the health of their habitat and determining when these populations might be in danger of disappearing.

“We’ve provided a baseline of the fishes in the Salish and areas needed for future studies,” Orr said. “The first step in understanding an ecosystem is to identify the elements within it. No matter how closely related, each species has its own life history trajectory―its development, reproduction, and ecology―that makes its contribution to an ecosystem unique and, if lost, irreplaceable.”

Pietsch and Orr scoured multiple sources to determine whether each species listed in the book lives or was known to live in the Salish Sea region. Their primary source was the vast fish collection of the Burke Museum—which contains more than 12 million specimens—and they looked also at other major fish collections along the West Coast, including those at the University of British Columbia, the Royal British Columbia Museum in Victoria, B.C., and the California Academy of Sciences in San Francisco.

Each species described in the book had to have a corresponding specimen or a good-quality photograph to ensure its existence, past or present. The Burke Museum contains archived specimens of nearly all of the 260 species.

The book is available at Seattle-area bookstores and is also available for purchase through the University of Washington Press website.