Sapphires were believed to have special protective powers, such as preventing envy and protecting the wearer from poisoning. Some ancient cultures even thought that if a sapphire container held a venomous snake, it would die. In addition, people believed that sapphire had medical healing properties, such as the ability to cure colic, rheumatism, blindness, and mental illnesses.

Sapphire is a form of the mineral corundum, and it exists in a range of colors from light to dark blue. Corundum is the second-hardest mineral after diamond and occurs in a wide variety of colors. Sapphire is any form of corundum that is not red, as red varieties are called rubies. Sapphires can be formed in crystalline limestone, gneiss, schist, and other crystalline rocks. Gem varieties occur chiefly in placer (river gravel) deposits.

An alternative birthstone for September is lapis lazuli, a rock composed of numerous minerals. Gem varieties of lapis are dark blue, sometimes with white calcite spots within its structure, or specks of pyrite that look like gold. 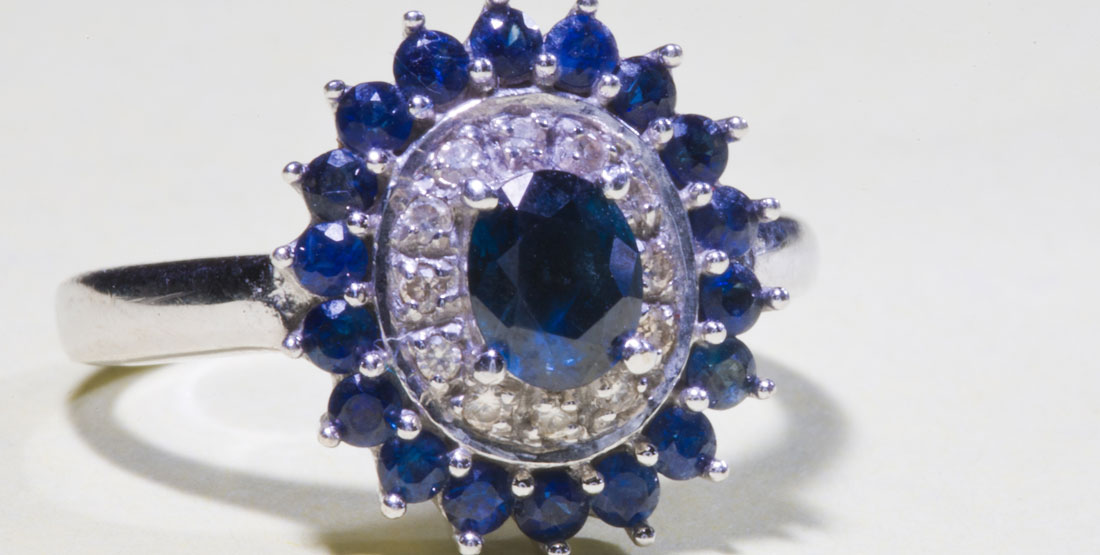