According to Greek myth, Dionysius, god of intoxication, was angered by an insult from a mere mortal and swore revenge on the next mortal that crossed his path, creating fierce tigers to carry out his wish. Along came the unsuspecting Amethyst, a beautiful maiden on her way to pay tribute to the goddess Diana. Diana turned Amethyst into a statue of pure crystalline quartz to protect her from the tigers. Dionysus wept tears of wine in remorse at the sight of the beautiful statue. The god's tears stained the quartz purple, creating the gem we know today.

Amethyst is a member of the quartz family, occurring as crystals within rocks. Quartz often grow within cavities of cooling lava, forming geodes. Although the gem color must always be purple to be amethyst, it has a wide range of purple shades.

Amethyst can occur as long prismatic crystals that have a six-sided pyramid at either end, or it can form as crystalline crusts called druzes that only show the pointed ends. Amethyst is popular for its color and crystal shapes that produce handsome, purple, sparkling clusters.

An alternate birthstone for February is onyx, a variety of the cryptocrystalline quartz that is opaque or translucent and comes in different colors that are banded in straight and parallel lines. 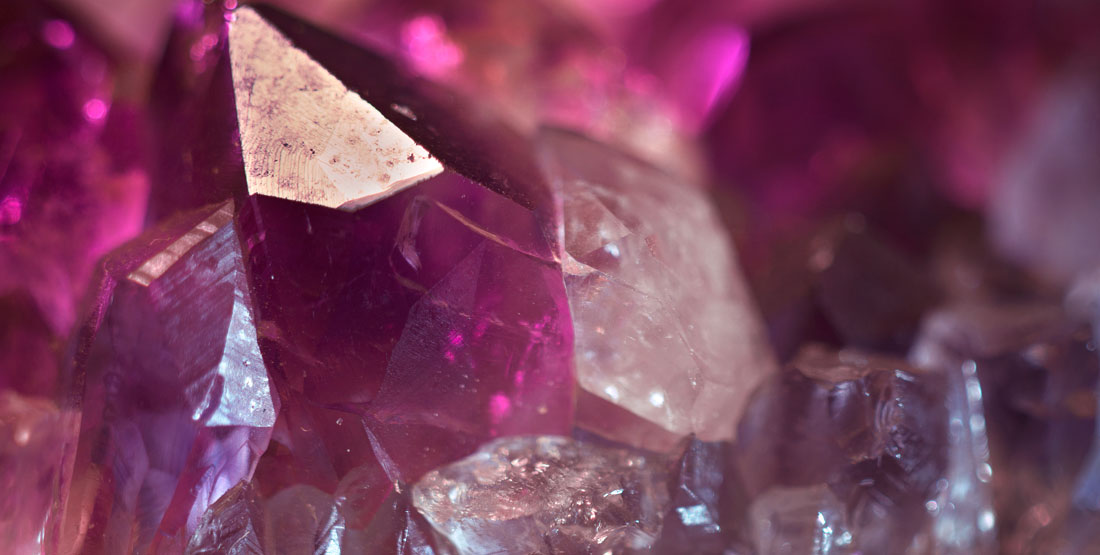 Photo: "Amethyst Macro” by MattyFlicks is licensed under CC BY-ND 2.0. 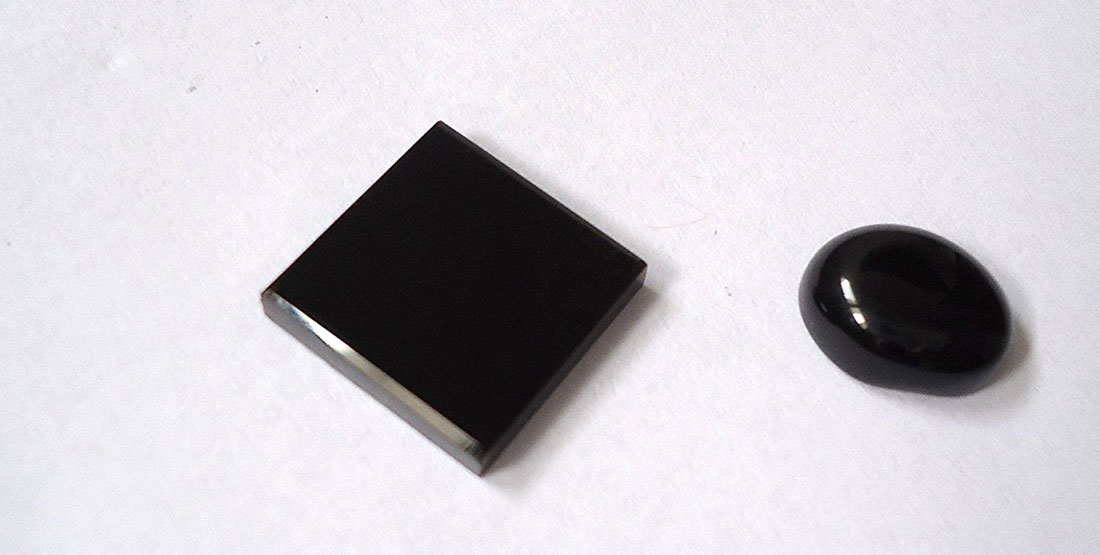 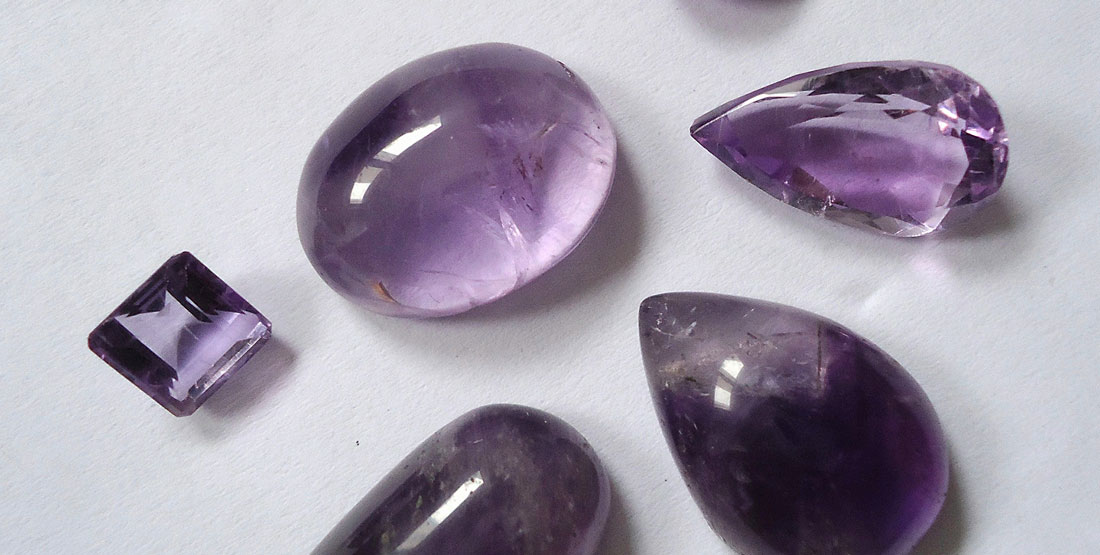