The Coast Salish carving style developed from a pan-coastal style of carving in the Pacific Northwest that dates back at least 5,000 years. This ancient style shows consistency among tribes throughout the coast.

It can be described as a two-dimensional style characterized by low-relief (shallow) carving in bone, stone, horn and wood, where the negative (background) areas are carved away to reveal the positive form of the animal, human, or supernatural beings on the flat surface of the material. 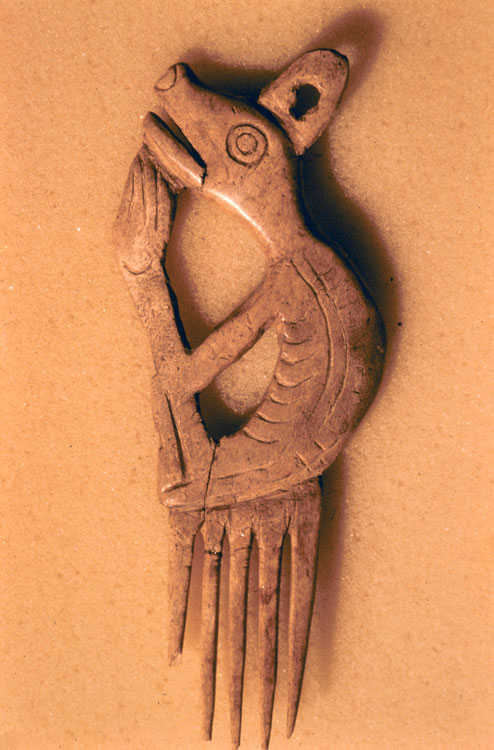 Creatures are generally depicted in a way that exaggerates their most identifiable features, with large heads, eyes, and snouts or beaks. Often, the skeletal structure is visible, showing ribs and joints. Figures are often shown in flat profile views with the knees drawn up touching the elbows in a pose known to art historians as the “hocker” stance, found in ancient art styles around the globe. 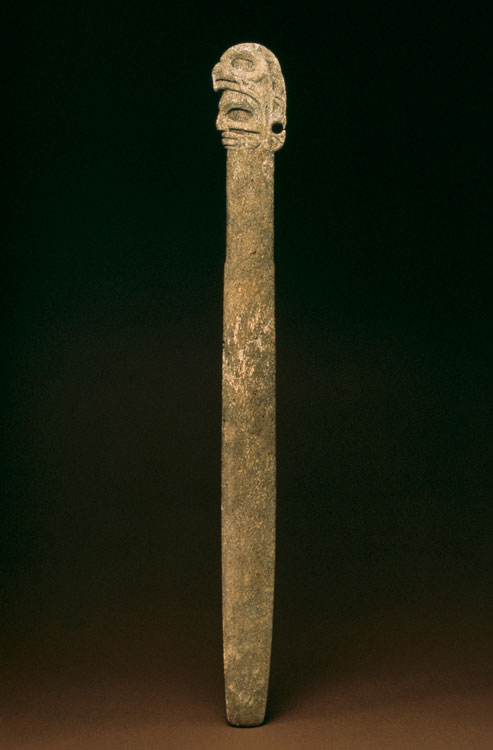 Human figures are often associated with birds and other animals, worn as headdresses. Accounts by Coast Salish people have told us that the use of these combined images in historic times represents the display of supernatural spirit powers acquired by the owner, suggesting that this symbolism was practiced in ancient times.

The Coast Salish style present at this time is characterized by the use of concentric circles and ovals, negative crescents (shaped like parentheses) and negative trigons (three-pointed convex triangles).

Wooden combs, perhaps used to tamp the wefts in weavings, were made in the 19th century with elaborate designs depicting creatures of various types. Both abstract and representational, the elaborate designs on combs (like the one below) have inspired many contemporary Coast Salish artists. 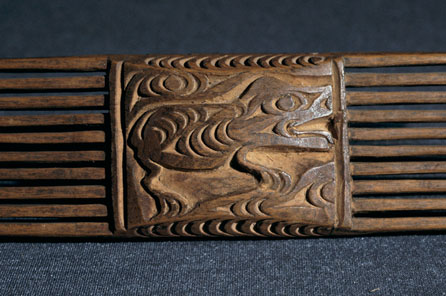 On one side a four-legged animal is shown with a clear profile, its tail curled up over the head and negative crescents and trigons defining the ribs. Photo: Courtesy of the Peabody Museum of Archaeology and Ethnology, Harvard University, 95-20-10/48393. 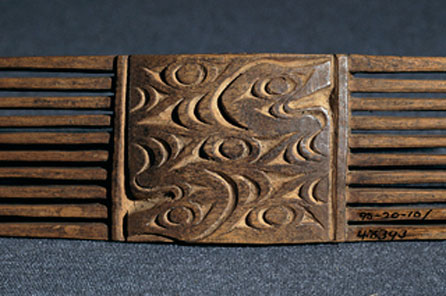 On the other side, abstract creatures are shown with heads in the upper right and lower left, body parts distributed without. Photo: Courtesy of the Peabody Museum of Archaeology and Ethnology, Harvard University, 95-20-10/48393.

Some of the most sophisticated Coast Salish images that survived from the 19th century are found on spindle whorls—spinning tools used by women as fly wheels. While some whorls were plain or decorated with abstract geometric designs, many were decorated with human, bird, fish, and animal figures. Little is known about their meaning, but they most likely brought power to the woman spinning the wool as well as to the wearers of the garments made with these tools. 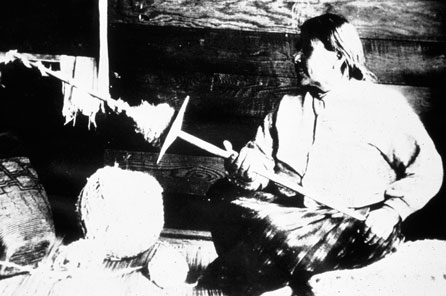 Squamish weaver named Selisya using a spindle with a whorl to spin wool, photographed at Musqueam by C. F. Newcombe in 1915. Photo: Courtesy of the Canadian Museum of Civilization. 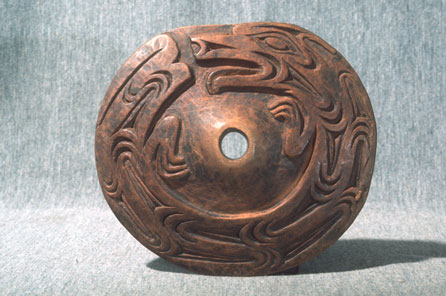 A wide range of creatures are depicted in Coast Salish art, some of which are easy to recognize and some of which are known only to the makers. In ancient times, humans, plants, birds, fish, and other animals were not differentiated from each other as much as they are today. There were tree people, rock people, wolf people, and human people. Sometimes they could transform from one to the other and back again.

By the end of the 18th century, around when the Coast Salish people were first coming into contact with European explorers who arrived in sailing ships, objects displayed distinct tribal and regional styles that were fully developed throughout the coast.

To truly know the meanings of the beings represented in Coast Salish art, the owner or artist would need to tell us or the story would have to have been passed down. Explore the Roger Fernandes Storytelling Project for some examples. 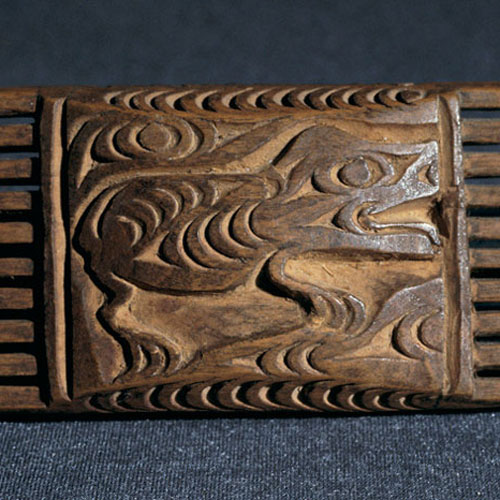