Opals were greatly valued by ancient monarchs for their protective powers. They were worn as jewelry and in crowns to ward off evil and to protect the wearer's eyesight. The opal was also ingested in a ground-up powder to protect against nightmares.

Opal, which is a "mineraloid" (lacking crystalline structure) has a chemistry of primarily SiO2 (quartz) and includes 5%–10% water. The presence of water in the mineral structure allows geologists to determine the temperature of the rock at the time the opal formed. The structure of opal consists of chains of silicon and oxygen formed within tiny spheres. These spheres are usually inconsistent in size and concentration. In precious opals (the variety used most often in jewelry), however, there are many organized pockets of spheres. The spheres diffract light at various wavelengths, creating beautiful, prismatic colors.

An alternate birthstone for October is variety of tourmaline that has transparent elongate crystals, sometimes pink at one end and green at the other. Tourmaline can also be many tones of pink, green, blue, or even black. 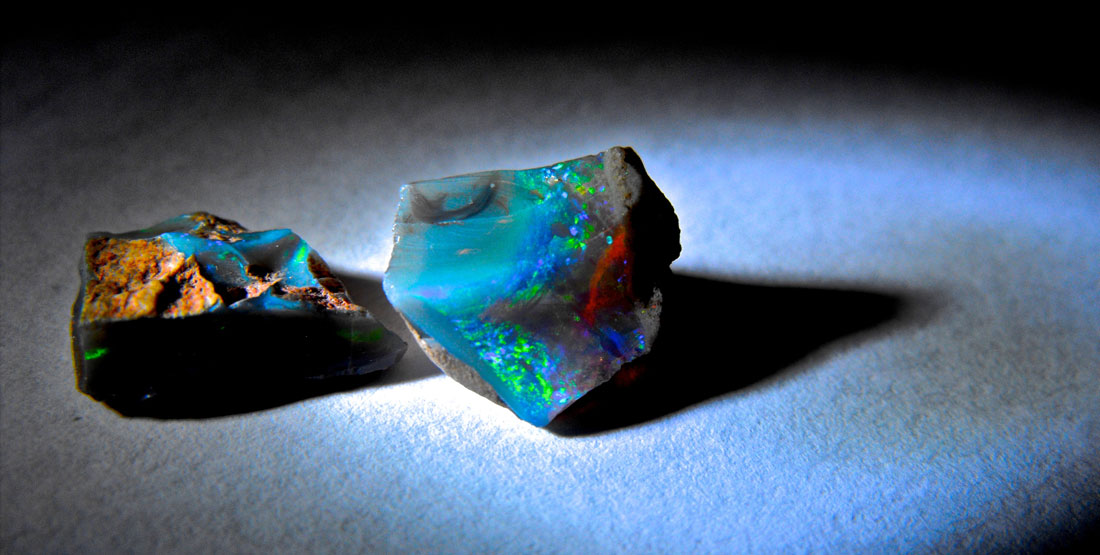 Photo: “Opal” by Yagan Kiely is licensed under CC BY-ND 2.0. 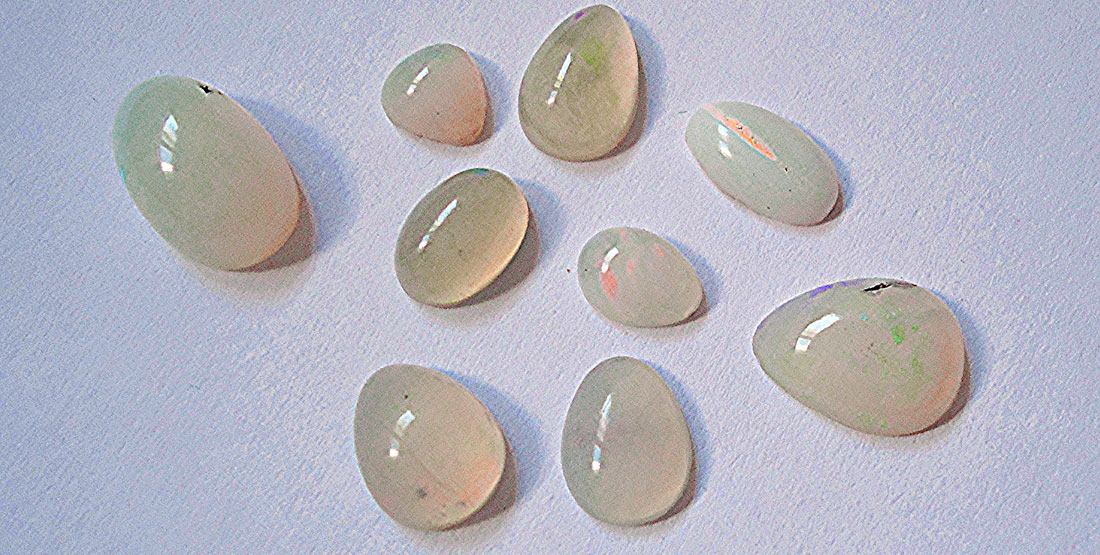